Montserrat Island Still has Traces of its Irish Heritage

Monsterrat island in the Caribbean has an Irish-Caribbean beat, as it was settled by Irish immigrants.

St. Patrick's Day is a national holiday in Ireland. It is also a day off from work in Montserrat, a tiny Caribbean island settled by Irish immigrants.

Although traces of this Celtic culture are now hard to spot, that isn't the case on St. Patrick's Day, when school is out and people celebrate the life of this legendary saint, their Irish roots and a slave revolt that also happened on this feast day.

Like the ancestral place of many of its inhabitants, the Montserrat scenery is also a lush green. In a reference to Ireland, it is sometimes referred to as "The Emerald Isle of the Caribbean."

The Irish Who Settled in Montserrat

The Irish who came to Montserrat didn't do so on their own accord. They lived on the nearby island of Nevis, which had taken a violent anti-Catholic turn. So these Irishmen were exiled to Montserrat, then a British colony. These people came here as white slaves, and by one estimate, about 1,000 Irish people landed on these turquoise shores.

Black slaves were also imported to help with sugar production. This is the mix of people that populated this tiny island that measures only 10 miles from end to end. It is less than seven miles wide.

On March 17, 1768, all of the slaves on the island, of whatever color, revolted. This is also the feast of St. Patrick's Day and the public holiday is observed in remembrance.

A View of Little Bay Montserrat

More than half the people who lived on Montserrat reported they had Irish heritage, according to a census conducted in 1678. You wouldn't see much evidence of Irish culture if you visited the island. But St. Patrick's Day is still celebrated in a big way, with festivities that stretch an entire week.

Your passport will be stamped with a green shamrock insignia when you enter the country, which is now a British protectorate. You'll also be able to order Guinness beer in the local taverns. Around St. Patrick's Day, you'll also see many people dressed in green. The beer that's served may also be colored green.

Other than that, though, the island has developed a distinctly Caribbean culture. But you can still see traces of its more Irish past in place names, such as "Sweeney's Well." Many of the residents, although they have dark skin, are named Sweeney, Kelly and O'Brien.

The Montserrat Volcano of 1995

Monserrat had more of a tourist industry, and an economic base, before a mountain peak known as Soufriere Hills blew its top in 1995. The resulting volcanic ash destroyed the capital city of Plymouth, including its airport. The part of island in and around the volcano, which is actually most of its land area, is now known as the "exclusion zone." Travel within its boundaries is considered unsafe.

Left homeless by the eruption, many islanders uprooted and went to England. Subsequent volcanic eruptions also caused more damage, as well as loss of life.

The volcano affected just the southern section of the island. The northern third was untouched, and is still habitable. This is where the remainder of the people, who didn't flee after the first eruption, now live.

Rebuilding the Island of Montserrat

In 2005, residents, with the help of the British government were able to build a new airport in the northern region not affected by the hurricane. The new working capital of Montserrat has also been relocated to the City of Brades. Efforts are underway to restore the island's tourism industry.

whent the irish came to the us in 1600 THEY CAME AS SLAVES., NOT FREE PEOPLE.

It must still be lovely, even with all the destruction caused by the volcano. These islands, as you know, are so special.

Heard about Montserrat because Sting, Phil Collins and a lot of other artists who often go on vacation there, got together to raise money when the volcano erupted. Must be lovely if all those musicians go there for rest, relaxation and inspiration.

You're welcome. Imagine you learning an historical fact from one of my articles. :)

I didn't know any of this. Thanks for the education.

It seems the Irish invaded nearly the whole world. lol. I only think of them as coming here to America,

This beautiful little country, nestling on the shores of the Caribbean Sea is... 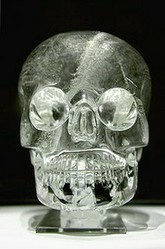 This beautiful little country, nestling on the shores of the Caribbean Sea is a veritable Paradise. In Toledo there are Mayan, Garifuna, Creole and East Indian people and others.
Loading ...
Error!