In the North of Britain moorland fires are a problem in hot, dry summers.

Britain is not a place famed for natural disasters, and I certainly cannot recall a forest fire. Our greatest problem is flooding, which occurs in Winter. But the driest of summers sometimes produce moorland fires as peat lands dried out by lack of rain are easily ignited. These fires are hard to quench and firefighters often pray for rain, which is the surest way to put them out. There is as I write a major blaze occurring on the hills above Greater Manchester that is proving hard to put out.

The Scene of the Fire

Greater Manchester is a conurbation covering forty two square miles. On its eastern and northern edges it meets up with hills, much of which are  covered with sheep farms and moorland, which is preserved as grouse moor or peat bog. The general use is recreation and it is a place popular with walkers. I live in the low-lying west of the conurbation, so I am completely untouched by the fires and am in no danger. But in the east, on the bleak  Saddleworth Moor,which is pictured below,  two thousand acres have been burning, or rather have been burnt, while the edge of the fire moves on.I know the area, as I spent many years working in the east of the conurbation, and areas that I know have been affected by smoke.In places close to the fire the police have evacuated some roads, and other residents advised to keep their windows closed for fear of smoke. But winds have taken smoke to as far away as twenty five  miles from the blaze

Seventy five fire fighters have been deployed from the fire service, one of the UK's woefully neglected public services, deprived of adequate tax funds like all other services so we can keep our bloated rich in a style that they don't deserve. The army have been brought in as reinforcements for the beleaguered fire services  to help out with their all-terrain vehicles. Water supplies have been moved into place, as despite their over-stretching, our fire service is thoroughly competent [more so than are the incompetent rabble of  what passes as a government.] The Salvation Army are doing a great job of keeping the firefighters, who are working in shifts, fed and watered.

The fire consists of four separate blazes, and it has consumed so far two thousand acres [over three square miles] and is still burning.The area affected is valuable land,not the desolation that some think a moorland to be. The peat bogs are preserved for three main reasons. Firstly, they are a valuable carbon store in which much CO2 is locked-up, so the blaze is not helping the nation's campaign against global warming. Secondly the peat bogs are a great sponge for rainfall, without which floodwater would run off the hills and flood the cities on the sides of the hills [the Pennines.] So destroying peat weakens our flood prevention strategy. Thirdly, the area is a site of special scientific interest where there are animals and plants of interest to scientists. Damage to them is ecologically harmful to species that we want to protect. How much more land will be damaged I know not.

Peat does not ignite spontaneously, especially not in its default state of wetness, so it only burns when it is dry. Britain has been suffering/enjoying [depending on your view] a sustained heatwave in which  temperatures have soared. This may be connected with general trends in a warming climate, where the north of Britain suffers hot summers, but stormier winters; and this has been a hot summer! The result is that the peat is tinder-dry. A discarded cigarette, a spark from a camp fire or from an inefficient engine would be sufficient to set the fire off. I discount lightning as in Britain it usually occurs with heavy rainfall,  which quenches the flames.

Moorland fires can be flash fires, which burn off the tops of dry heather and other moorland plants, often  burning so quickly that insects survive; but when the peat burns you get a problem, for the fire can simmer under the surface,moving inexorably along without people noticing, to spring up elsewhere later on when you think it is quenched. This is what has been happening on Saddleworth Moor, where firefighters are finding that flames spring up in unexpected places, even where they have previously been previously extinguished. The best hope for firefighters dealing with a blaze like this is  a heavy rain storm, but rain is not due until weekend, in three days' time. In the meantime we must keep the fire away from the residential areas in the towns, but there are sheep  farms that need defending and that is going to be difficult. So far no one has been killed or injured, and the damage has been to animal life and property.

Moorland fires are not a new phenomenon, for they have a long history, even the Bronte sisters who dwelt on the moors at Hawsworth, encountered one. Fire is a natural part of the cycle of life on the moor, and it serves to burn off dead heather and provide scope for new shoots, but it is moderated by England's normally rainy climate. But as summers become hotter and drier there is a danger that moorland fires will become harder to control and more damaging. Gamekeepers have in the past and even in the present practised controlled burning of patches so as to provide variety of heather,as the new growth provides food for grouse. The grouse are bred for shooting and are maintained by gamekeepers. There is no evidence that controlled burning started these fires, and indeed no sane, self-respecting and competent gamekeeper or farmer would set off fires in the weather conditions that Britain is now experiencing.

While fire is an ancient phenomenon, on valuable land it damages important projects. We cannot prevent it, all we can do is minimize its occurrence and put it out as soon as possible.

I don't think that window breakage is the major issue. A year after the fire the moor is recovering.

I think that moorland burning needs to be reported to the fire brigade.

frankbeswick, Thank you for the photo, practicalities and products.
Do people have to worry about windows breaking in situations of high winds and stubborn fires? How is the situation a bit over a year later?
You mention that controlled burns appear not to be causing or continuing the moorland fire. On this side of the pond, people need to inform dispatch whenever they burn. Would that be the case on your side of the pond?

While the fire is under control, a new fire has started on a place called Winter Hill; and this time someone has been arrested for arson. Doing this deliberately is disgraceful. Storms are due in Wales and the South West, so they are unlikely to resolve a fire problem in the North West, and it is likely that the the storms will be intense enough to bring localized flooding.

By the time that I had posted my article the number of firefighters had risen to a hundred, and these were assisted by a company of soldiers, a hundred strong. That's the trouble with writing news, it is in constant need of refreshment!

The fact that you saw a programme on moors that showed granite outcrops tells me that you saw Cornish moors, either Bodmin Moor or Dartmoor, in the South West. The bedrock of the area where this fire is taking place is Millstone Grit, a coarse conglomerate that was formed in a delta from the Carboniferous period.

What you say about New Orleans is interesting, especially the bit about air pockets. The fact that in New Orleans they burned for months sounds worrying, but the climate in Fall and Winter in our area is rather wet with much rain, so that will have a dampening effect. We are hopeful for weekend, as storms are coming in, though their epicentre will be Wales, which is not so far away, so we might get some rain to soak the ground. We live in hope.

Sadly, when I worked in a school in the affected region I sometimes used to go out at lunchtime and eat on the moor for a bit of peace and quiet.I don't think that my refuge will have been burned, but the fire is not far away from it.

The response of only 75 firefighters seems inadequate. I recall years ago reading of structure fires that drew out over 100 firefighters, and those were not strewn out.
I have even heard of moors here. recently, a tv show covered moors as grasslands with shallow soil and an occasional outcropping of bare stone. The one shown had granite.
Underground fires are difficult. Fighting them is almost impossible. New Orleans used organic fill in much of the eastern part of the city, particularly coffee grounds. I recall fires years ago that burned underground for months. Pockets of air between the loose soil provide the oxygen. Neither smothering nor water are really effective since they are hard to detect and can grow past conventional firefighting abilities.

Moorland is generally rough land covered by heather, bilberry and various kinds of coarse grasses. It is often moist. Its soils tend to be of poor quality, quite often leached by rain. Soil types vary.

I wonder how widely known the word "Moorland" is. In the North of England, the word moorland refers to an extensive grassland, savannah or prairie. Is it used elsewhere?

They are very dangerous and although there are often small outbreaks in summer this one is like nothing I have ever heard of here in Manchester.

Tomorrow I am working in that very area. I have phoned ahead and been told that the school is open despite the smoke and ash. watch this space. 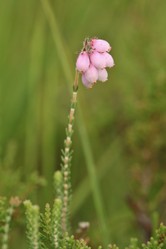 Northern Skies: Aerial Tour of the North Of England. - The Riv...
100%  22   14 KathleenDuffy
United Kingdom of Great Britain and Northern Ireland

A countryside walk in winter can be an enchanting experience, as the bare land reveals its character.
100%  23   13 EliasZanetti
United Kingdom of Great Britain and Northern Ireland