5 Most Shocking Deaths in Game of Thrones (TV Series)

Game of Thrones has just wrapped up its 4th season. Just like the previous seasons, the 4th was filled with surprises. And just like the previous seasons, no one was safe. Expect that a character is going to die eventually. But here's the thing. Even if a character does die eventually and you think you're prepared for it, you'll still be shocked because the death comes when you least expect it.

Here are so far the most shocking deaths in Game of Thrones.

#5. The Mountain (Gregor Clegane) vs The Viper (Prince Oberyn)

Everyone wanted Tyrion Lannister to be set free. After all, he's innocent. That and Prince Oberyn Martell's excellent combat skills made us almost sure that Prince Oberyn was going to win. And then he got crushed.

When Tyrion was aiming at his father Lord Tywin Lannister, we knew he was going to pull the trigger. But somehow, we were expecting that Lord Tywin knew what to do and turn things around. But in the end, he got shot. Twice.

#3. Eddard Stark's head is cut off

This is our first realization that in Game of Thrones, no one is safe. Just when we thought Eddard Stark was the hero and cannot die, his head got cut off.

No one saw that coming especially because the focus was on the Red Wedding, which the actors said was something to watch out for. But of course, we didn't think we were supposed to watch out for King Geoffrey's death, not the wedding.

So wven when the king's face was turning pale and his eyes were red, there was still hope that he was going to live. But he didn't move. Cersei screamed. And the credits rolled.

Everyone was sympathizing with the Starks. After all, Eddard Stark was unjustly killed. But just like that, they too were killed.

It's exciting to watch Game of Thrones. If you haven't yet, start watching today and you can sit for hours just to finish one season. Each season has 10 episodes, which last more than 40 minutes each.

Celebrities Who Bared More Skin on the Red Carpet Than Necessary

Most of these celebrities are HOT. But should they have shown that much skin?...

Just when we thought it can't happen, even the most polished and sophisticate... 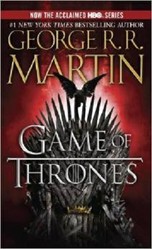 Celebrities Who Bared More Skin on the Red Carpet Than Necessary

Most of these celebrities are HOT. But should they have shown that much skin? Be the judge.
32%  3   3 squidooprincess2012
Film Stars 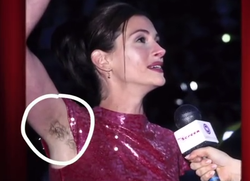 Just when we thought it can't happen, even the most polished and sophisticated celebrities can have a big red carpet "oops." Here's my top picks of these boo-boos.
Loading ...
Error!