Much Ado About Rockall

The four nations of the British Isles form a feuding family. Like all feuding families they often dislike each other, but are bound by their occupancy of the archipelago.Often the smaller members resent the English, but in this case the dispute is between Scotland and Ireland and it concerns the last piece of territory annexed by the British Empire, a barren stump of volcanic rock isolated in the North East Atlantic. The English cannot but be involved, even though we are not interested. So what is going on?

Image by Richard 442, courtesy of Pixabay

So Where is Rockall?

I have never visited Rockall, never will and don't want to.It is a tall rock jutting out of the Atlantic, about 30 metres wide with only one way of getting onto it, a cold and slippery step that is only for those with good sea legs and balance. There is no fresh water, no food and no natural shelter. In winter towering waves break over the islet. Sounds a great place, doesn't it?

To be geographically exact, it is about 187 miles west of the Hebrides, though 240 from the Scottish mainland,  and this gives Ireland the basis of a claim, for the nearest mainland is Donegal, about 220 miles away. Donegal county council once tried to claim the rock, but as a local council has not the power to claim territory the claim had no legal force. My son, Andrew, said to me, "Is this the Donegal council that neglected the community on Tory Island?" He had read Diarmuid O'Peicin's book on the subject. Good point!

There was a time in the past when we British scoured the globe, bagging various isles,inhabited or not for the British Empire.But even at the zenith of imperial grandeur we somehow  forgot to claim Rockall. Maybe because then  Britain and Ireland were united, so the Irish were not making a claim.Just getting rid of British control took all their attention.

In 1955 the island came to Britain's attention. It seems that the Russians were about to claim it and put a radar station on the summit, with the intention of spying on the British missile centre on the Hebridean Island of Benbecula. We hastily claimed the isle and ran up the union flag on the summit. The rock became assimilated to Scotland and part of the jurisdiction of Comhairle nan Eilean Siar, the Western Isles County Council, though what use the council had for it no one knows.  Empire extended, just as we were getting rid of most of it.

The Irish government objected, but not vehemently. They were not interested in owning the rock, but rather in securing fishing and mineral rights in the territorial waters around it. Cash rather than territory was the motivator. The UK and Ireland have discussed the matter on a few occasions, amicably, as British and Irish negotiations usually are. The status quo has remained unchanged, and even Donegal County  Council is quiet about it.

The isle is the high point on a ridge of submarine rock  extending north west from Ireland. It s relatively shallow waters are far richer in fish than is the abyssal deep beyond; and here is where the problem begins

The Law of the Sea

The issue centres on national territorial boundaries, which for island states extend into the sea. Every state is entitled to a two  hundred mile limit around its coast for fishing. As Rockall is 187 miles from the Hebrides it is within the British limit, though some argue that it is distance from  the Scottish mainland that should count. But anyway, the UK is still in the European Union, so the Irish as EU members can still fish in our waters,as we can in theirs.

Rockall, as an uninhabited rock, cannot have a  two hundred mile limit of its own, that's marine law, but the issue concerns the Exclusive Economic Zone, a patch extending to twelve miles from land [the EEZ.]  Fishing here is the preserve of the nation whose zone it is. No problem about that,  all coastal states have one. But Scotland is claiming that Rockall has its own EEZ. Having one  would exclude Irish and Icelandic boats from those waters. Well, the Icelanders are not very  popular in the British and Irish fishing community, but the Irish are a different matter. The Irish claim that Rockall has no exclusive zone, and that they are going to fish there whenever they see fit. They also  claim that the UK has no exclusive mineral rights in the Rockall area. This issue would have to be either agreed or tested in an international court, but so far it has not been.

The matter is complicated by Britain's impending, ill-thought out departure from the EU, at which point the Irish boats would be banned from fishing near Rockall, unless the incompetent political nonentities who misrule Britain manage to  salvage a deal  out of the current state of chaos. However, the Irish are trying to get what they can before Britain leaves the EU. An unholy scramble is taking place.

Enter the Scottish government, which has taken a hard line on the matter and has promised enforcement action against the Irish. Now, Scotland is a distinct state within the union, but it has no military powers, which are reserved for the Westminster government, so how they are going to enforce their claims I know  not. Moreover, Eire is an independent state, whereas Scotland is not, and Scotland has no right to take part in diplomatic negotiations independently of the UK.

How on earth [or sea] Scotland is going to enforce matters when it has no navy is beyond my comprehension. This all seems like noisy posturing.

The Politics of it All

The Scottish government wants independence,so it is keen to assert its right to defend Scottish waters, and I suspect that it will see some  advantage in any attempt by Britain to calm the situation, presenting it as a failure to defend Scotland from its rivals. "We need our own Scottish navy." Ignore the fact that the country might just be able to afford a gunboat.

As for the hapless British government, it is currently dealing with the Brexit mess of its own making. A major ingredient of this mess is the intractable problem of the Irish border. The problem is unsolvable in the terms proposed by Britain. The government wants to leave the EU with a  deal that does not include a customs union, but this would mean that there would be customs posts on the Irish border or a strange proposal for electronic surveillance that no one really wants or understands. However, cross border life  has thrived since the Good Friday agreement that brought peace to Northern Ireland and this life would be disrupted by a hard border, one with customs posts.

To make matters worse, the Good Friday peace deal insists that there be no hard border in Ireland, but if we break the Good Friday deal,  peace would be jeopardised. So at this moment the British government desperately needs good relations with the Irish. It also needs to keep Scotland on side. The Irish know this. So can you imagine the consequences if Britain started arresting Irish boats off Rockall? Not only would it threaten the fragile peace in Ireland, but incidents at sea are a threat to human life. We don't want anyone dead.

Moreover, after centuries of British malpractice in Ireland the two countries are getting on better than they have done since Anglo-Saxon times. The small Irish fishery protection force works in conjunction with the navy of its stronger neighbour. Do we want to endanger relationships? No we don't.

Does this all seem very trivial? Yes it does and it is. But that is international relationships for you,  especially in a world competing for scarce marine and mineral resources.

Derdriu, Iceland became unpopular with British fishermen due to the "cod war" in the 1970s in which Iceland unilaterally "jumped the gun" on fishing limits, claiming a two hundred mile limit ahead of any other country. This excluded British fishermen from their traditional fishing grounds off Iceland and caused great economic hardship.

Worse, there were encounters between British and Icelandic vessels, in which ships jostled each other. Then the Icelandic gunboat Thor went too far,shelling and sinking the British trawler Everton, fortunately without loss of life.The Icelanders used non-explosive shells, but the Everton is still on the seabed. Young male Britons seethed and wanted vengeance, but older and wiser heads prevailed. Bad feelings about this matter have never really gone away.

There was no ground for Russia to claim Rockall, they were seeing what they could grab.

I don't think that there are many unclaimed rocks these days.

I just read an Irish fisherman's view. He says that he has fished Rockall waters for years and relies on them for much of his income. So much for the Scottish government's claim that the Irish have never been permitted to fish off Rockall! He made the point that the Scottish government's claim was a political stunt intended to win back Scottish Nationalist support in fishing communities, which has been ebbing recently. The Scottish Nationalists are the governing party in Scotland.It is the old trick,stir up trouble abroad to win popularity at home.

frankbeswick, Thank you for the back- and front-stories and products. Why are Icelanders unpopular in the waters off the U.K.? What basis could Russia have claimed Rockall as theirs? Do you know whether it's common or uncommon for other pieces of rock to be without any country's official claim?

Same fish across the area.No one can tell the difference.

You have picked up the underlying message of my article, which is implicit in the title, a play on Shakespeare's title Much Ado About Nothing.

With all the serious problems that the UK has why should we be troubled with this?

Are the fish 13 miles from the isle less desirable than those within 12 miles? It is a vast ocean, and a shall 12 mile radius circle is inconsequential, or should be.

Let's take a peek at the major parties of Australian politics and see if we c...

The North of England is a place with its own distinct identity that is someti...

How to create a control society

Politicians keen on repression like to sneak their plans onto an unknowing an... 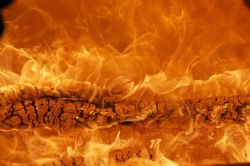 Let's take a peek at the major parties of Australian politics and see if we can give them a quick makeover.
51%  8   4 frankbeswick
Other Politics

The North of England is a place with its own distinct identity that is sometimes overlooked by non-British and is often stereotyped.
50%  8   4 frankbeswick
Other Politics 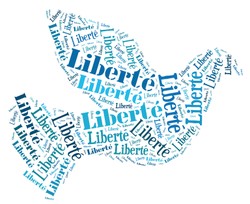 How to create a control society

Politicians keen on repression like to sneak their plans onto an unknowing and terrified population
Loading ...
Error!