Musings on the law of attraction

Here, I muse on the law of attraction. Hoping for other's ideas and comments.

There seems to be a lot of talk about the law of attraction at present, which if I am to understand it correctly, assumes that as you think so you become and as a result everything else follows suit.

I can see a lot of validity to this argument, and see the logic behind it, and yet there are some things that seem to contradict it's fundamental basis. For example, why is it that sometimes, no matter how much positive thought and energy you invest into something, be it a project or some sort of new direction you've chosen to take in your life, it never works out the way you wanted it to. I know of some very intelligent and positive minded people who have been unable to achieve what they set out to do, and there are surely countless examples of this throughout the world.

Indeed, contrary to what the law of attraction would have us believe, there are instances when it appears that it is only when we are at our lowest ebb and about to give up that life turns around and throws us a smile and things work out.

I remember as a university student feeling very downhearted about an audition that I gave for a play. After having given it what I felt was far than my best shot I walked away into the darkness, and trudged my way home gloomily, cursing myself for having given such a rubbish performance. I felt certain I wouldn't even get a part as an extra. It turned out the director liked my delivery of the monologue he gave me and I ended up getting quite a significant part. Or there have been other times, as a musician, when I have written a song, and really poured my heart and soul into it, and had grand visions of it being played and loved by peers and audiences, only to turn up to a rehearsal, present it to the band and have it get a mediocre reception. Contrastingly, there have been other songs that I have written off the cuff and have presented rather shoddily, and yet people have really loved them.

Another thing that boggles me is that there have been times in my life when I have completely ignored my ambitions and goals, or avoided thinking about someone or something, only to have them or it randomly appear in my life or come to fruition from seemingly nowhere. Does this not contradict the concepts of the law of attraction.

A funny, yet cute, example goes back to when I was a little boy in primary school. I remember between the ages of around six and eleven having a really huge crush on a girl in my class, and I mean HUGE, I thought she was the loveliest thing that had been put here on this earth, and probably (though, I can't remember now) had grand visions of marrying her. I do know I used to think about her a lot, in a very innocent romantic, wouldn't it be nice to hold hands with you kind of a way. However, it was interesting, and it was an observation I made at the time: the less I thought about her, the more time we'd somehow end up spending around each other.

Having thought I'd made quite an interesting discovery – maybe I had (please feel free to comment with your thoughts) – I then went on to deliberately think about other people, anyone other than her. Maybe it was my young imagination working overtime, but I could have sworn that the people who I thought about ended up being in my life less and less.

The Buddha said, 'The mind is the forerunner of all things.' This makes a great deal of sense to me and is a line that I can adhere strongly to. I wish I could claim to understand the relationship between mind and our physical lives more fully. It's an interesting area for exploration. Please feel free to leave your thoughts and comments on this subject/ article.

Please note, for Jumperdarians wishing to receive news from your home planet, you must now go to

This is one of my very favourite concepts and I have changed my emotional life around using the precepts. However, it took me a lot of work studying the concept to gain understanding. You are almost at the point that you will see a major breakthrough.

The Law of Attraction was first brought to the public notice some 25 years ago by Gerry and Esther Hicks. Later on it was hijacked, imo, by others who used it to try to attract wealth ~ nothing wrong with that ~ and only wealth, whereas it is your entire life experience and emotional state that is important.

If you look at YouTube and search for Abraham-Hicks then you will find a wealth of information. In effect the LoA is Conscious Co-creation with the Universe by aligning your consciousness with your own Source within.

Thank You Very Much for sharing and raising this subject on Wizzley.

Interesting ideas. I have often had the opposite experience of thinking of someone randomly, then having them phone, or dreaming about someone and later finding out they were in trouble of some kind and needed my help.
But when it comes to romance -- yes, sometimes obsessing about someone pushes them away. Strange.

The Influence of Social Context on Mental Health

In the United States, there are many issues which exert an influence on menta... 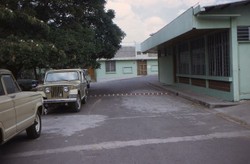 The Influence of Social Context on Mental Health

In the United States, there are many issues which exert an influence on mental health and illness.
Loading ...
Error!