The Importance of Being You

Do you ever wish you were someone else? Here are my personal thoughts on the subject, which came to me whilst out on my motorbike one night.

. . . To be you or not to be you? That shouldn't really have to be a question at all! As a musician, I often get the 'Well, that was different.' comments, after my shows. Combine that with the lack of feedback one receives when uploading their various projects to other sites or channels and it's easy to have a lonely 'The world doesn't understand me or my art' moment. So what are you going to do about it -- be someone else? My thoughts below.

Article Starts below the video. Hope you enjoy reading/ viewing.

Live recording of myself at the piano, with photos by artist Olé Scovill

I’d just got back from having a ‘Panang Curry’ – dinner with myself – I like my own company – especially over a hot bowl of tumbling chillies and peppers in a swirling curry-paste and milky coconut sauce. Some strange thoughts were also tumbling (through my head) as I drove home on my ever-faithful 'Kolao Sonata', the winter’s wind lashing at my chili-reddened face: Thoughts like . . . would a good looking cow taste better than a less good-looking one, and just what is a good looking cow anyhow?

But amidst these rather random and banal questions, I was also thinking about one or two of my musical heroes, and wondering whether my love of their art would draw me to be reborn, in some future life, with the same ambitions as I had if this life but with five times the talent and one-hundred times the luck!

I’m not into ‘Pop Culture’, and the things that amaze me in life, the people who leave my jaw dropping to the ground, are often so far removed from the mass-public-domain, that you’d have to dig a tunnel through fog with an egg-spoon before you’d found them. These were the people that I’d sometimes, in the whims for fanciful thinking, entertained becoming.

As I shot past the traffic lights, taking advantage of my ‘free right turn’, I saw a poodle in pyjamas sat outside a closed-down ice-cream parlour, and something about seeing her (she had a bow) looking out at the road with a contented demure, brought it home to me. It’s funny where you find your answers to life’s little questions and I realised in that moment the answer to my conundrum . . .

No, that was a joke! What I realised was that you are . . . YOU, and whether you’re the person you wanted to be or whether you are indeed somebody wanting to be that person, the fact is, you are where you are now. That’s you, right there, standing on the ground or sleeping on a ‘Goodnight Luxurious’ branded mattress' (available from all reputable retail outlets and some less reputable). And you can run off to the other side of the world in some mad-panicked ‘I need to find myself moment’, and it won’t matter! You are still you! The pyjama-clad poodle is still the pyjama-clad poodle! And while she (remember the bow) may have often dreamed of being Terry the ‘Pit-Bull Terrier’ because dogs like that got the biggest steaks or were more likely to get chosen at auditions for staring roles in ‘Woof-a-lot’ commercials, it was futile thinking. No, you had to be you!

And there was one more thing you had to remember, and it was the fact that just possibly, somewhere in some tiny pocket of this little fabricated patch-worked planet known as ‘Earth’ was a ‘Terry the pit-bull Terrier’, sitting beside an Oscar, quietly wishing for once In his life, that he could be a ‘Gladys the Poodle’.

Exercise Your Brain-Tips for Keeping Your Brain Sharp

If you are looking for ways to keep your brain sharp and alert as you age, th... 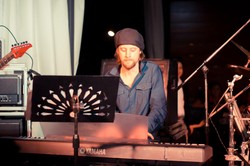 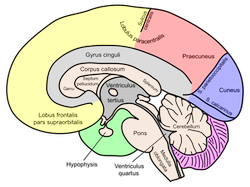 Exercise Your Brain-Tips for Keeping Your Brain Sharp

If you are looking for ways to keep your brain sharp and alert as you age, this article will sharp 5 top tips to keep focused and have fun.
100%  5   18 LR
Positive Psychology