There is nothing wrong with having a hopeful outlook on life. As long as one is not seduced into believing that forcing oneself to stay positive will make all the problems go away.

Must We Put a Positive Spin on Everything?

Stay Positive, or What? 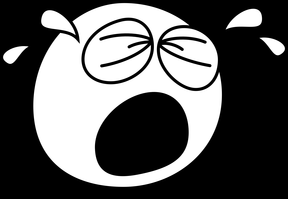 There certainly are a lot of overly negative people in the world. The "glass half-empty" types, the ones that complain about anything and everything. Nobody likes to be around them, and it is perfectly understandable.

But what about the other extreme, the overly positive people? Do they ever drive you crazy? Do they often seem fake?

If you don't know any such people, I envy you. I, on the other hand, often feel pressured by such people to be more like them, "to stay positive", to pretend that things are great when I don't necessarily feel that way.

What to Make of Perennially Positive People?

Just to be clear, I am not talking about naturally cheerful, pleasant people, who recognize good things in life, and are generally happy. I actually think I am one of them. I am talking about people whose positivity appears forced.

For instance, I happen to have a coworker, who will answer a simple "Hello!" with "Things are great!" or "Life is so wonderful!" He repeats those sentences even when things aren't going so well for him, which I happen to know from other sources. In all fairness, I think that he is doing that to convince himself rather than to deceive me or other coworkers. I remember him saying something like "I try to put a positive spin on everything."

However, when the aforementioned coworker says that a meeting he was presenting in, went great, and then another coworker tells me that it didn't go so well, I tend to believe the other person. In the end, myself and other coworkers just don't take the guy too seriously. Oh, of course, he said things are great, but he always says that, so who knows what the real story is.

Yet the guy is my friend, and I feel guilty for not really believing the things he says sometimes. The realist in me just cannot help it though. I wonder if people who force themselves to always be positive even realize what effect they are having on those around them.

How Do You Feel About Extremely Positive People?

What is Positive Thinking and Where Did it Come From?

The study of human happiness has been a favorite subject of philosophers for as long as philosophy existed. But the particular ideas that are at the foundation of positive thinking theory, have been traced by historians to 19th century America. More on this fascinating history can be found in a book by Barbara Ehrenreich highligthed below.

While controversial among mental health professionals, positive thinking theory quickly became one of the most popular self-help fixes for anything that's wrong with one's life. These days there are thousands of self-help books that have repackaged this message in various ways. Rhonda Byrne's the "Secret" and numerous books by Martin Seligman, the founder of positive psychology discipline, are among the most well known.

I wonder if such books are responsible for my aforementioned coworker's "positive" behavior. I should casually ask him one of these days if he read any of these.

I, personally, was not convinced by the message the positive thinking self-help books preach. Your mind is reality, and, by changing how you think, you can change reality. As much as I pondered this concept and it's usefulness, it still sounds like a delusion to me...

Have You Heard of Positive Thinking Theory?

If People Like Positive Thinking, Let Them, No Harm, Right?

Is Positive Thinking a Helpful Tool or a Dangerous Delusion?

I generally don't care what people believe as long as it does not affect me too much. However, when trying to discuss a real problem, I get a response like, "just stay positive"  or "oh, don't be so negative", it makes me mad. If something is good, I want to say it, and when something is bad, I want to be able to say that too!

What I find frustrating is that the whole American society seems to have been overtaken by the positive thinking phenomenon. Positive thinking type of behavior is pretty much expected at most workplaces. Even when getting laid off, people are told to look at it as an "opportunity".

While it's nice to escape a problem by thinking of something pleasant instead, isn't that problem still there waiting to be dealt with? Thus, not too long ago I began to think that positive thinking theory is more harmful than helpful. Which is when I came accross a fascinating book by Barbara Ehrenreich described below.

A Book by Barbara Ehrenreich

"Americans are a "positive" people -- cheerful, optimistic, and upbeat: This is our reputation as well as our self-image. But more than a temperament, being positive is the key to getting success and prosperity. Or so we are told."

This is an enjoyable and fascinating book. It covers the history of positive thinking. It examines the science behind the claims that staying positive helps one heal better. It explores the personalities of the most famous positive thinking self-help book authors. And, most importantly, the book tackles the effects positive thinking theory has had on our society. Well worth a read.

Be sure to watch the interview with the author below.

I Made My Choice, but did I Miss Anything?

I like to think of myself as a realist. If there is a problem, I want to know all the details and what my options for solving the problem are.

I want to laugh and be happy when things are going well.

But I also want to cry and be sad, when things are not going well. I don't want to feel like I am making the situation worse by not thinking positive thoughts. Or feel guilty for making someone else feel bad by not pretending to be positive.

Am I missing something? Whichever side you are on, I would be very happy to hear your thoughts.

Which Side Are You On?

I prefer reality no matter how unpleasant!

I am a realist and sometimes it's difficult to be positive, but having a constant negative attitude will certainly drive people away. When things are not good for me I always remember that "this too shall pass" and it does.

I have to say that I am a realist, but I do like to take something positive from the negative, when it happens.

I think being a realist is the best way to conduct your life. Staying in the moment and taking in each day, whether it be good or bad. Continually looking to the past or future isn't, in my opinion, truly living. I feel where people get on the wrong track is when they are pessimistic (it's always gonna be bad) or always upbeat (it's ok that I lost my job, am ill, getting a divorce...always look up!). Both, I think, are putting change into fate instead of one's own hands. If you think sunny skies are always going to come or that you are hopelessly doomed to failure, you won't ACT and take charge of your own life. So instead of the glass being half full or half empty, I like to look at it as "here sits a glass with water in it, I am thirsty, will pick it up and take a drink." :)

Positive thinking Is the only way to live!

Most successful and happy people I know happen to be optimists. I think you need that to overcome most of life's difficulties along the way. That said, they were also very practical people with no delusion about challenges they were facing. In my opinion, most of us swing back and forth, from positive thinking to realism, and vice versa. The ability to count blessing when you are down probably comes from positive thinking though.

Where's the third option? The positive realist? :) Once you get to know all the ins and outs of a problem, you become a realist, or an informed person. But then there's a matter of choice of being positive or negative about that problem. I personally chose to be positive, even though I'm a realist.

Now, keeping a positive mindset is impossible when life hits you really hard. But after a while you become accustomed to the learning experience you get out of each event that happens.

This way I personally tend to see each event, be it positive or negative, as a positive learning experience which helps me grow as a human being.

I agree that "positive thinking" has had some negative effects, but that's only because it's often not connected to "positive doing." I get so frustrated by people who refuse to look at any possible solutions to a problem because they're "being realistic," which they take to mean "shooting down every suggestion because it doesn't fit with my current world view." A true positive thinker is one who is open to new ideas because, hey, they might just work!

When I'm writing in this (left) column, it's more because of a visual balance on this page, rather than taking a clear stance on your choices. I do believe in the power of positive thinking, but mainly as a catalyst for positive action. I agree that change comes from our minds, but only thinking about it won't do the trick - we must follow up with actions that improve our unwanted situation.

I'm somewhere in the middle. I'm not a Pollyanna, but I do think you attract what you think about. No point in being negative all the time either or you'll just get more of the same.

This is a very good article. I used to think of myself as a positive person, but now I think I tend to be more of a realist.

A very thought provoking article. I do like to try to be optimistic but I also like to be allowed to have a "bad day". My Mum always used to say to me, if she knew I was down, "Please don't be upset" and then that puts the pressure on you to be happy for other people's sake, when sometimes allowing yourself to have a bad day is all you need.

I also reserve the right to be angry over bad stuff, but at the same time, while holding on to my anger has actually helped me deal with situations, the trick is to know when to let go of it.

I really liked this thought-provoking article. I love thinking about things like this, how we humans act, etc. Great job!

Superior Charisma - How to Tap Into Your Unique Inner Charisma

Charisma Isn't Hard, It's Just About Learning What Your Individual Power Is A...

Taking Your Life Back Isn't Hard, Just Stop Giving Others Control Over It, In... 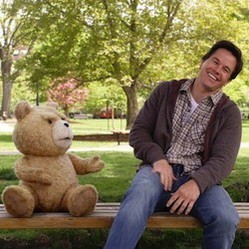 Superior Charisma - How to Tap Into Your Unique Inner Charisma

Charisma Isn't Hard, It's Just About Learning What Your Individual Power Is About
27%  2   3 Jerrico_Usher
Positive Psychology 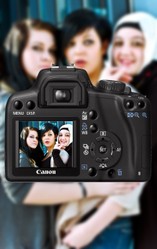 Taking Your Life Back Isn't Hard, Just Stop Giving Others Control Over It, Including Your Boss, Partner, Friends, and Associates
Loading ...
Error!