The First Christmas Tree: What Do We Really Know?

Where and when was the first ever Christmas tree decorated? Various sources on the web will give you different answers, but what do we really know about the first Christmas tree?

What Is Your Christmas Tree Tradition?

Last year we bought a Christmas tree and were gifted a mug with "Celebrating 500 years of the decorated the Christmas tree" written on it. The mug also had a picture of a pretty Christmas tree in a town square, labeled with "Riga, Latvia Tree 1510". That peaked my interest.

I would have never guessed that the Christmas tree tradition had originated in Latvia! What is the story behind it? And is it really the first time anyone has decorated a Christmas tree? I just had to find out.

On the web, I discovered a few different stories claiming to be the real story of the first Christmas tree. I figured I would dig deeper and see what historians have to say about it. The answer might surprise you. Even the Latvia Christmas tree of 1510 does not appear to be the earliest documented Christmas tree to be decorated.

The Legend of Saint Boniface Saint Boniface is the patron saint of Germany, and is sometimes credited with starting the Christmas tree tradition.

St Boniface was born in 680 in what is now Devon, England. He was a missionary spreading Christianity in Frankish Empire which included the current territory of Germany.

According to the legend, in order to fight paganism, St Boniface had cut down a sacred oak tree of Thor in Geismar, Germany. Instead, a fir tree sprouted in that spot. St Boniface then told the people that the evergreen fir tree was the true holy tree, the true symbol of the promised eternal life, and they should take it into their homes and surround it with gifts, which were the symbols of kindness and love.

While St Boniface's life and missionary career is pretty well documented, the story of the Christmas tree does not appear in those historical sources. There might be some truth to it. Or it might just be a nice tale that someone came up with many hundreds of years later to embelish the stories of the lives of saints. 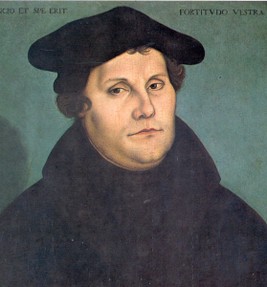 Martin Luther (1483 – 1546) was a German priest and a key figure in the Protestant Reformation.

The story associating Martin Luther with the Christmas tree goes something like this. One winter day, Martin Luther was walking through a forest, and was so struck by the beauty of an evergreen fir tree that he brought it home and decorated it in praise of God.

Various versions of this story appear in children's books and elsewhere, and it is often claimed that this is the true story of the first ever Christmas tree.

While it is a nice story, historians have not been able to find anything definitive linking Martin Luther to the Christmas tree. Most likely, someone came up with this story much later.

The traditions of decorating homes with evergreen plants go back to ancient times, and certainly predate Christianity. I will direct you to the following sources to learn more about this fascinating subject.

What all this means, I believe, is that we don't know when exactly the very first Christmas tree was decorated. 1441 is the year when it was first mentioned in the historical sources that survived to the present day and that we know of, but who knows how long before that the Christmas tree tradition had already existed. As of now, however, it seems that Estonia has a stronger claim to the first Christmas tree than Latvia does.

Perhaps Estonia Is the Birthplace of the Christmas Tree

Helpful Links About the Christmas Tree

The Christmas Tree Info on Wikipedia

Summary: What We Know About the First Christmas Tree

Poll: Did You Learn Anything New About the Christmas Tree? 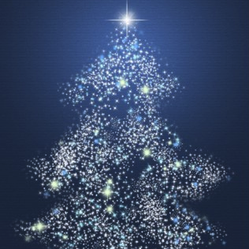