I found a wonderful new writing site called WIZZLEY. I will utilize my Theological background to write about the increasingly seen relationship between Ufology and theology. 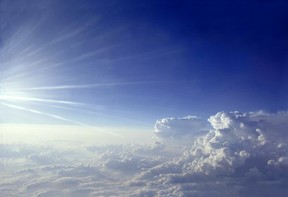 For many of you who follow my writing, I am sure at this point you are quite certain I have finally gone over the edge; Ufology and theology?

The truth is however, this is nothing new and for many of us in theology, it has been a subject which everyone thought about, spoke of in small close knit groups but never mentioned publicly for fear of being labeled a "kook", non-Christian or something far more sinister.

From the linguistic study of the Biblical languages, the often inconsistency of historical continuity as seen by the Bible to the simple semantic differences; most theologians know there is something there.

Ufologist utilize terms like, aliens, extra-terrestrial and space to explain their positions. Theologians however, use terms like angels, celestial and heaven. It is the same message, just different words to describe the same thing.

In an attempt to "bridge the gap", this theologian will begin a regular article on this topic. 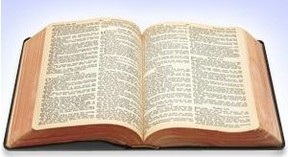 My commitment to you the reader is that this will not be an attack on the Bible or Christianity but rather an attempt to get believers of both ufology and theology to look at both sides of the discussion.

There are far too many Biblical unanswered questions such as: Who are the ancient of days  (which even Jesus mentioned)? What is the "outer darkness" which the apostle Paul spoke of?,

Who are actually the real "other sheep" Jesus said He had to go to? What was really meant about a NEW heaven and NEW earth? Why would a PERFECT God have to "hover" over the deep of a void and formless earth or world? Who are the Nephilim? And are there two, three or even four creation stories in the book of Genesis?

These are all topics which for centuries, theologians have often just "glazed over" or even taken the "easy way out" and in this theologians opinion utilized "junk theological practices" and simply said, "it is not our's to question or to know". This is not acceptable. The Bible says we can ask God anything and so within this venue of writing, we will.

I hope you will enjoy and feel free to comment along the way.

Contributing articles and poetry about religion, Christianity and life.

Very interesting. I have never heard of ufology, but I have an open mind and would like to hear more.

I had to HOP, SKIP and JUMP but I finally landed here! Whew! That was quite an exercise. Started out doing a general search via the Google+ search engine. Just typed in the word "Wizzley". Found your post linked to your blog, visited your blog, and clicked on link to the Wizzley article. I am doggedly persistent. A little extra clicking never stopped me from finding and reaching the "treasure". Who says you can't learn anything new? I've never heard the word "ufology". You picked a good platform to expand on this topic. My first Wizzle was about Abraham. An interesting man because truly his only claim to fame was that he had faith in an unseen God. Thumbs Up!

Thank you Jean, I appreciate the read and the comments. I trust you will read my latest article here explaining some of the more common theological methods and their "carry overs" into the UFO and paranormal study world as well. There is indeed allot out there none of us know completely but YES, I agree that Jesus gave us many clues that we in the traditional Christian community so often avoid....but I DO NOT. I have tried to use all of the tools available to me as a theologian which I believe can lead us all to a better understanding. But I too still search for answers and welcome you along for the journey. I write on many sites so I don't get to write here as often as I would like although this is one of my favorite topics. I am a writer/reporter as well which is noted in my bio which I invite your attention too. Thanks for stopping by and taking the time to read and comment. Lee

Hi DrTruthman,
As a person who just read the Bible about 3 yrs. ago, I found myself asking many of the same questions you pose here. Who were the Nefilim? How did something that looks like what is described in Ezekial end up on a tarot card, The Wheel of Fortune? Why does Jesus keep saying "the Kingdom is within you?" It sounds like he's suggesting chakras or energy centers, and he was meditating an awful lot. As someone interested in metaphysics, I found all kinds of "clues" in the Bible. Looking forward to reading more of your Wizzles!

.love your wizzley page.. I am looking forward to work with you on wizzley

Oh thank you Susan for both the excellent comment and becoming a fan. Yes I am indeed excited about this new site and have a venue I can dedicate to Ufology and Theology. This is a really great site and I look forward to seeing your post as well.

Defining and understanding the five most common methods of Theology in an att...

Abington is the northern tip of the mysterious Bridgewater Triangle in southeastern Massachusetts. For hundreds of years mysterious fireballs have been reported in the region.
31%  8   1 Drtruthman
UFOs 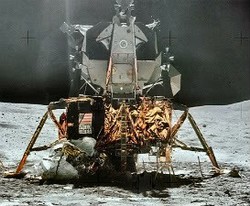 Defining and understanding the five most common methods of Theology in an attempt to better understand Ufology.
Loading ...
Error!