An example of a character with narcissistic personality disorder in a novel displaying a narcissistic mother, helping one to understand the definition of narcissism & narcissists.

This article is part of a series, describing Three Fictional Characters found in the Novel "The Quest" by Libby Lazewnik.

Each of the Characters illustrates a different personality disorder, which I studied and analyzed while taking a course in Abnormal Psychology.

For Reference, see Other Articles in this series:

An Example of Antisocial Personality Disorder: What is a Sociopath?

as well as links on this page to other books on this disorder.

Carol Barron Hollander clearly displays the symptoms of being Narcissistic throughout the entire story. She is all about herself and no one else is important to her except herself. She is overconfident and selfish. During her childhood, she was spoiled and pampered and always got what she wanted. As an adult she expected the same and never cared about anyone else unless it affected her happiness.

After experiencing a miscarriage, she felt it was only her right to have a baby, and therefore took Irena's baby, not caring about the fact that she broke Irena's heart and lied to the world. Soon after she took the baby she felt that it wasn't her own and therefore didn't love her. However she didn't return the baby because that would reveal what she did and ruin her happiness. So instead she raised Elizabeth with coldness, showing her no love or affection.

When the search was on for Irena, she had no wish for Irena to be found, since she was not happy with the millions of dollars she already had, and wanted Irena's inheritance money for herself. In addition, she didn't want the true story to get out. That was why at first she sent the lawyer after her to intimidate her, and later sent her own brother Mark to silence Irena before anyone else can get to her. Even when Elizabeth went to the hospital, Carol was too selfish to care and did not even go to visit her or inquire about her welfare. Instead, she left the country in pursuit of her brother and revenge for his having told Irena about Elizabeth.

In the end, the truth of her cold selfishness was exposed to all, Mark broke free of her grip, and she was left alone with her money and no friends. This was just what she deserved for her cold narcissistic actions. Now she had plenty of time to think over what had happened as a result of her selfishness.

This fictional story can help us to understand this personality disorder.

Decoding: When The Student Is Ready The Teacher Will Appear - ...

This Phrase Is Well Known To Many, But Few Really Know What It Means or Why I...

These science experiments rely on the power of vinegar, a common household su... 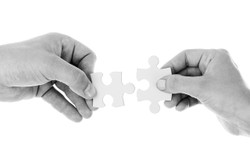 Decoding: When The Student Is Ready The Teacher Will Appear - Defining What This Means Exactly

This Phrase Is Well Known To Many, But Few Really Know What It Means or Why It's Likely One Of The Most Important Things You Need To Know To Truly Become Enlightened In Life!
100%  9   15 Jimmie
Science Projects These science experiments rely on the power of vinegar, a common household substance, to cause the chemical reactions.
Loading ...
Error!