The Nazca Lines are found in the desert near the town of Nazca in Peru. They are huge geoglyphs, the largest of which are nearly 270 meters (890 ft) long, covering an area nearly 500 square kilometers (193 square miles). Due to the dry desert conditions, these lines have been preserved until now from the time they were built as much as 2,000 years ago, presumably by people of the local Nasca culture.

There are several hundred Nazca line figures, some geometric shapes, others appearing as representations of animals and other creatures. Their design is revealed from the air. Naturally, this led to speculation as to whether an ancient culture who had no ability to fly could have built them, and why.

What are Nazca Line figures?

Nazca line figures are enormous geoglyphs, drawings of animals, geometric patterns, and just lines that were made around 2,000 years ago in the Nazca desert. The lines were made by removing surface of the Nazca desert, which consists of reddish-brown iron oxide-coated gravel. The earth below is a much lighter color, and so the lines appear in sharp contrast. They are huge, so it is quite a mystery how these people could have created the lines, whose designs are revealed clearly only from the air.

And not only how did they do it, but why? Like Stonehenge for example, the imagination and creativity of the builders continues to amaze us, and the purpose for which they constructed them continues to mystify us.

Many explanations have been put forth since passengers in airplanes flying over the region first noticed the strange "runways" and art forms. Some have suggested they are just works of art, an ancient culture's homage to the beauty and diversity of nature. Others believe there was a more practical purpose, such as astronomical calendars or representations of constellations, or they were spiritually inspired as worship of deities. Others have suggested other worldly origins. In fact, the explanations of these amazing creations have become almost as creative as the Nazca lines themselves!

Many of the Nazca line images appear to represent living creatures. Perhaps the Nasca culture, like many others, worshiped these creatures. In addition to the Dog and Tree above, there are also figures known as the Monkey and the Spider, among many others.

The precision of the Nazca Lines suggested to some, most notably Erich von Daniken, that they were made by extraterrestrials who visited the earth long ago and who marked out designs and landing strips that were visible from the air if not space.

Geometric shapes, such as the trapezoid here, certainly give some credence to the landing site interpretation.

There is even a humanoid figure that certainly resembles an astronaut!

Many items are available for purchase adorned with Nazca Line figures.

The Astronaut is a popular design

He's so cute waving to us!

Other creatures also feature on many items, such as the Condor, Hummingbird, and Spider seen below.

What do you think about the Nazca Lines?

I like that - the making of them is what mattered. It would indeed be a great effort, and a lasting accomplishment.

That's a possibility - instead of aliens making them the local people made them to try and communicate with aliens!

Compare with the making of neolithic monuments in Britain. Archaeologists think that they were made as community acts, and it was the making of them that mattered.

I had heard they might have been an effort to communicate with space aliens. heir secret of purpose is not likely to reveal itself.

Oh yes, it would be amazing to watch them being made!

Too bad we can't travel back in time and discover how and why these were made. It's amazing how large they are considering they would never be able to see them in their entirety. 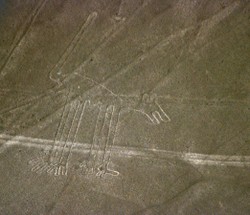 How much of the mystery of this monument do pictures of Stonehenge reveal?
36%  5   3 jptanabe
United Kingdom of Great Britain and Northern Ireland 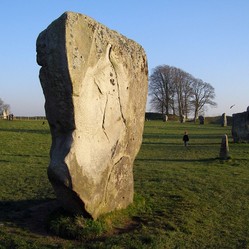