Disney silver and gold coins have been around and collected for years, but now some new, beautiful coins are coming out to join them.

In the past the Disney Company has issued a number of silver, and a few gold, “coins,” along with others not made with precious metals. These were often to commemorate an anniversary, or an appearance of something new. Mickey Mouse got an entire set of coins when he reached sixty, and another set when he reached sixty-five. Fantasia and Snow white are examples of movie anniversaries celebrated. And, opening a theme park or perhaps a ride might be celebrated. These are nice collectibles, but they really flooded the market in the eighties with the Snow White silver rounds. Yes, they are technically rounds, since to be a coin they really should have a denomination and an issuing nation. Yet, some are rare, and most other than the Snow White rounds can command a premium.

Some enhancements were made such as gilding some silver rounds with gold. These rounds were struck in proof with a composition of 0.999 fine silver. There is one set that is enameled selectively, and often only found as an entire set. Another enameled set is the rectangular ingots of which there are twelve, and were made in conjunction with the United States Postal Service over a three year period.

Disney used the Rarities Mint and the Liberty Mint.

In addition, there are silver Disneyana coins, which can be purchased by people at the Disneyana convention. These are people who are real Disney fanatics.

Several sizes can be found, with the one ounce being the most often size minted. Smaller rounds of one-tenth and one half ounce exist for some issues, and large five ounce rounds also were mode for certain issues. In fact, a few sizes not normally found might also be found.

This is our own image that we used in the introduction.

In 2014 the New Zealand Mint produced commemorative coins for the island nation of Niue, with a denomination of two dollars.  The currency on Niue is equivalent to the New Zealand currency.  These were beautiful pieces of work, and brilliantly enameled.  Six coins in this set were issued, along with one stand alone coin dated for 2015 and a couple of silver and gold coins that have no enamel.

The early coins that were not enameled were Steamboat Willie and Donald Duck in an early Donald appearance.  These coins are available in a variety of sizes, unlike the enameled coins.

we have many images that you are welcome to view.

A stand alone coin dated 2015 is titled Crazy in Love, and features Mickey and Minnie Mouse.  It was probably intended for Saint Valentine’s Day.  This is a day several major mints have taken notice of.

The negative is that Disney cannot control the image on the coins’ obverses, which contains the effigy of Queen Elizabeth II, which is normal for coins of Niue.  The Disney rounds had two Disney images on them.

The character series has now yielded to the Disney Princess coins, and they have a rapid rate of being made available by the New Zealand Mint.  The first coin out was Cinderella, and in the first half of the year Cinderella had already been joined by Aurora and Ariel.  These coins come in special holders that appear to be storybooks.  Special coin holders is normal for the New Zealand Mint.

Perhaps you would prefer looking for your coins at a mint.  The New Zealand Mint and the Royal Canadian Mint have an arrangement whereby these coins are available from the royal Canadian Mint, and can be ordered on a subscription, which means you will be able to purchase all six one at a time.  The coins include Cinderella, Aurora, Areal, Belle, Jasmine, and Snow White.  To learn more view the page the the Royal Canadian Mint for Disney Princesses.

Will the Value Hold?

These are not toys, and initial cost of a Disney Princess coin from the mint is high.  Expect to pay for them.  They are collectibles, and appeal to both coin collectors and collectors of Disney items.  As the initial coins get into the hands of collectors, and fewer remain available, what will happen to the price?  That is something we just cannot predict.

While it seemed the Disney Princesses would be the issues released in 2015, a cartoon character also came out.  Although this is not one of the colorized coins, it is a popular character, Scrooge McDuck of Donald's uncle Scrooge.  The coin is available in both gold and silver, and is crtain to be a welcomed addition to the new Disney coins from the New Zealaand Mint.

One of the more recent topics to be included by the New Zealand Mint is disney Cars.  These new coins are beautiful.

An even better new release is the bullion grade release of Mickey Mouse as Steamboat Willie and Star Wars Darth Vader.  These are available in both gold and silver.  The silver coins have a limited mintage of 250,000 each, which gives them a better chance of going up in value in the future.

Buy Easy from a Mint

Avoid the problem of possibly getting a counterfeit coin by purchasing from a mint.  Disney coins from New Zealand often are carried by both the Royal Canadian Mint and the Perth Mint of Australia.  One shipping perk of ordering from the Royal Canadian Mint is they have been shipping free to the United States and to Canada on orders over one hundred Canadian dollars, which has been less than one hundred United States dollars.

The french coins using Disney images are available from the Mint of Paris.  These are colorized, beautiful coins, and use euro denominations.  Many images are very much like those used by the New Zealand Mint, but the effigy of the queen is not present on the obverse of each coin. 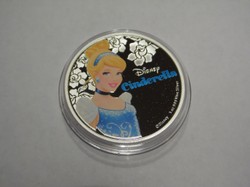 Coins with Religious Themes8 days ago

Faux Windows: Art with an Added Purpose24 days ago 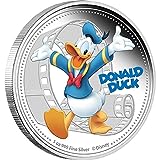 The State of Alaska has an interesting art contest annually. The winning design is placed on the Official Alaska State Medallion, which is highly collectible.
72%  16   4 blackspanielgallery
Coin Collecting