Although commonly depicted as an "orange sausage with a blob inside of it" (as shown here), mitochondria may take many shapes.

DNA exists in every cell's mitochondria and nucleus

The info-book divides into eight chapters preceded by a four-page preface with acknowledgments and notes and succeeded by 14 pages of bibliography, glossary, and index.

The 26-page second chapter goes over Y-chromosome testing of male DNA (yDNA) which disproves relationships more conclusively than it establishes definitive lines of descent and which fathers transmit only to sons.

The 15-page third chapter handles mitochondrial DNA which daughters and sons inherit from mothers, survives after all other DNA expires, and traces female lines back into the deep past.

The 33-page fourth chapter identifies autosomal DNA (atDNA) which daughters and sons inherit at the rate of one each from both parents regarding 22 pairs of autosomal chromosomes and which may detect third, fourth, and fifth cousins.

The 11-page fifth chapter juggles X-chromosomes (xDNA) which daughters inherit from both parents and sons from mothers regarding female lines.

The 22-page sixth chapter knits male and mitochondrial DNA into the extreme genealogies of haplogroups (most ancient common ancestors) known as:

The five-page eighth chapter notes in conclusion optimal results from testing three-plus generations of as many close relatives as possible.

Unlike nuclear DNA (left), mitochondrial DNA is only inherited from the maternal lineage (right).

katiem2, It also shows up in medical genealogy which is like traditional ancestor-hunting but the charts map health problems, such as a tendency toward tuberculosis, from generation to generation.

True, so true and imagine how it helps us to maintain good health and avoid issues that could threaten it if gone unchecked. I suppose that is a whole other topic in itself.

katiem2, The DNA connection is so interesting in how it helps with the ancestors that we can put names on and with those that we just can put into groups, like Denisovan descendants in the Old Southwest.

After reading this I dug up my old family tree dna, fascinating...

iggy, Thank you! It's fascinating to me how DNA can call up -- from way, way back -- ancient, anonymous ancestral and ethnic groups in addition to helping with the more recent ancestors that we know.

I love that dna can tell you where you are from and if you participated in a crime. Your article gave me more insight into what dna can do.

katiem2, It's so fascinating to see how far back one can go in DNA and traditional genealogies that respectively reveal ancestors by names and in DNA genealogy that reveals ancestral groups, such as Denisovan or Neanderthal.

DNA is a powerful answer to so many questions

blackspanielgallery, It's so fascinating how far back genetic testing takes one, from the domain of names into the nameless realms of Denisovans and Neanderthals! I hope the surprises all were pleasant for you and your wife.

My wife had a DNA test with surprises. My heritage is so varied I cannot imagine anything else would show up, but I may try it one day soon.

House Histories by Sally Light is a helpful guide to tracing the genealogy of...

Genealogical hobbies are second to gardening as most popular pastimes in the ... 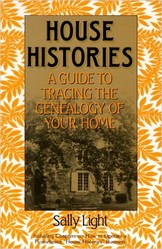 House Histories by Sally Light is a helpful guide to tracing the genealogy of your home and to operating a home-based house histories business.
76%  4   8 DerdriuMarriner
Other Puzzles 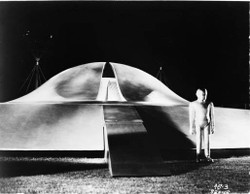 Genealogical hobbies are second to gardening as most popular pastimes in the United States, and the genealogy of Joseph Lockard Martin Jr. reveals why.
Loading ...
Error!