Nimblewill, a grass native to North America; uses for this grass in lawns and advantages to using this grass over other grasses.

Nimblewill, or Muhlenbergia schreberi, is a type of grass native to Eastern North America. It is typically viewed as a weed or pest, and there is extensive literature on how to control or eradicate this "pest". As you may gather from my use of quotes, I am rather fond of this grass and want to help others develop an appreciation for it.

On this page, I will explain how and why there is no need to eliminate or work against this plant. Nimblewill can be an integral part of a healthy lawn, and provides many advantages over some of the non-native grasses typically favored in mainstream lawn mixes.

See what this grass looks like; it is quite beautiful during the growing season!

How to Identify Nimblewill

This grass is characterized by narrow blades, much narrower than most crabgrass, and similar in width to typical lawn grass.  It has a distinct growth habit though, different from lawn grass...it tends to have a little more space between blades, and the alternating pattern of its leaves is more directly evident.  This feature is more evident in the above picture on the right.

During the growing season, the leaves tend to have a distinct blue-green color, which is most evident in the above picture on the left.  The color is very blue, much bluer than the so-called "bluegrass".

Look for this grass in your lawn; it's most likely to occur in wet, shady areas with gravely soil.

Nimblewill has historically been viewed as a pest.

The reasons are purely aesthetic; this species poses no threat or risk to ecosystems or your garden in most of North America.

The main reason people dislike this grass is that it turns brown in the winter, and turns green much later than other common lawn grasses.  It commonly seeds into and spreads within lawns of other, evergreen species of grass.  Especially in moist, shady areas that it is best suited to, it will out-compete other grasses during the growing season.

The only reason to dislike this grass is aesthetic.  The brown patches of this grass during winter and early spring are not dead zones--they're just a different color of the natural dormancy of this grass.  Other grasses stay green while staying dormant, but are still dormant during winter.

During the growing season, most people who I've pointed out this grass to say they actually like how it looks.  It has an attractive, blue-green color to the leaves and tends to grow in a neat habit.  It tends not to grow very tall, reducing the need for mowing, and it tends not to choke out flowers and other larger plants the way larger, thicker-bladed grasses often do.

A notable exception to this rule is California, where the grass is not native and is seen as an invasive plant.

Would you choose a native grass even if it turned brown in the winter?

Nimblewill is highly adaptable, but it prefers some types of conditions to others.  It does best in moist, shady areas, but unlike most shade-tolerant, moisture-loving plants, it can tolerate quite poor soil, including nutrient-poor, gravely soil.

I often see it growing together with mosses in the shadier parts of its habitat, and growing with various annual weedy plants in the sunnier range of its preferred conditions.  It can hold its own against other aggressively-growing plants, but it also leaves ample space for light to come through and it is frequent for other plants to be able to grow in or near it.

In cities it often grows up against buildings.  It also sometimes likes growing in wet spaces nestled up against the thick tree roots near the base of a large tree, where it frequently grows out of a dense carpet of moss.

Nimblewill provides forage for animals, seed for birds to eat, and supports at least one bug specialized on eating its leaves

The species of bug Stenodema vicinum feeds on the leaves of this plant.  In open areas, large herbivores feed on it.  According to its USDA Plants Profile, this species provides food for large herbivores as well as terrestrial birds (seed eating birds like sparrows that eat its seed).  The Lady Bird Johnson Wildflower Center's page on this grass recommends it as having interesting foliage and being good for attracting birds and valuable as forage for herbivores or livestock.

More articles on ecology and conservation

Learn more about science and protecting the environment!

Rusty Blackbird - How to Save This Vulnerable Species
Ecology and conservation issues associated with the Rusty Blackbird, Euphagus carolinus: how and why this bird is declining, and how we can help it

The American Holly Tree - Range, Growing Requirements, and Ecology
Use of American Holly tree in gardening and landscaping; growing requirements, size, and advantages over non-native hollies when grown in or near its native range.
Updated: 07/05/2016, cazort
Thank you! Would you like to post a comment now?
5

That's great to hear that it's working so well as a front yard grass!

There's an old study I saw that said that Nimblewill seeds germinate in the spring at higher rates if they have a period of cold dormancy, which is intuitive to me because most spring-sprouting seeds native to cold climates have this property...so I'd sow them in late fall, before the winter hits. You might want to try collecting the seed a little later, once the plant has totally died down (as the seed remains on the plant) since this plant's natural seed dispersal time is late fall and winter. I think the seeds aren't usually mature until October in most regions.

If you want to sow seeds in spring for practical reasons, you could store the seed in an unheated place so that they get the period of cold dormancy.

Thanks for this. I have been cultivating Nimblewill for years now and have a small front yard where it is dominant. It's beautiful and doesn't require much mowing. It's seeding now, so I am collecting seeds and spreading them to other shady areas. Should I be keeping the seeds for spring instead?

I totally agree. The idea of what is "perfect" or "attractive" in a lawn is totally subjective anyway. I personally think all the "weeds" make a lawn beautiful, because you get all sorts of pretty colors of blooming flowers, and the diversity of the different textures and leaf shapes. I find this beautiful, and I think that the chemically-treated monoculture lawns look sterile.

Sometimes people have legitimate need to manage turf for specific functions, like you don't want to be playing sports on a field that has a lot of slippery weeds growing on it, or golf courses might want certain textures of the grass in certain areas of the course, but I think an overwhelming majority of the ways in which people "manage" their lawns are totally unnecessary and damaging to the environment.

The typical American lawn in the typical suburban home just sits there and is never used for anything, so it's purely aesthetic.

I think we need to move away from having the "perfect" lawn made possible by use of lots of toxic chemicals.

Use of American Holly tree in gardening and landscaping; growing requirements... 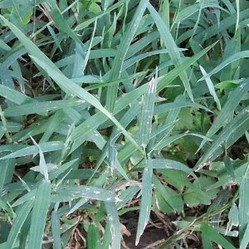 Bringing Nature Home: How You Can Sustain Wildlife with Native...
86%  13   7 cazort
Nature 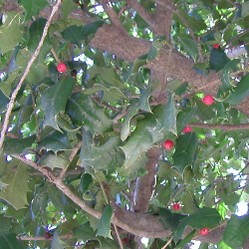 Use of American Holly tree in gardening and landscaping; growing requirements, size, and advantages over non-native hollies when grown in or near its native range.
Loading ...
Error!