Nordic Noir is a fabulous genre that blends mystery, detectives, thrillers and Scandinavia. The Girl with the Dragon Tattoo and Kurt Wallander novels are great examples.

What makes Scandinavian Crime Fiction different? Why is Nordic Noir so enticing? To begin with, it's generally extraordinarily well written. Characters are well developed, and the story goes deeper than your average cozy mystery. The writing tends to be straightforward... not a lot of guessing or fancy word play. Nordic Noir does comment about society in Scandinavia... but not as dry as a standard sociological or psychological study. We learn about different strata of society in a land that is cold and dark.

As an American, I do get a thrill from the armchair travel, and I enjoy learning a bit about the culture of these countries (and no, I'm not foolish enough to think that everyone in Sweden a murderer or policeman). It's fascinating to read about life in Iceland or Sweden.

Like many readers, I jumped in with Stieg Larsson and the Girl with the Dragon Tatoo. I was hooked. So many twists and turns, the characters are real, but bigger than life. So many dark secrets... so much snow. Who would have though that an ant-social, emotionally troubled hacker and a discredited journalist could make such a compelling team.

There is a certain darkness to the stories, almost as if the absence of sunlight penetrates the pages of the books.

Death in a Cold Climate: A Guide to Scandinavian Crime Fiction 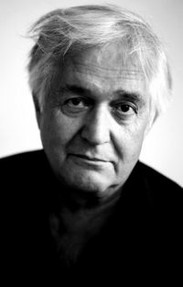 Swedish author, Henning Mankell has written a number of crime books, plays and childrens books, but he is best known for his Kurt Wallander novels. Millions of his books have been sold around the world, and a number of them have been filmed for television, or as movies.

Mankell has been very active in leftist politics his whole adult life, and his political feelings show in his books. Many reflect hard questions about Swedish society.

He and his wife Eva Bergman (daughter of Ingmar Bergman) divide their time between Sweden and Mozambique.... or "between snow and sand".

His writing awards include the Gold Dagger Award and the German Tolerance Award.

Other Books By Henning Mankell

The "disillusioned everyman" dealing with Crime in Ystad Sweden 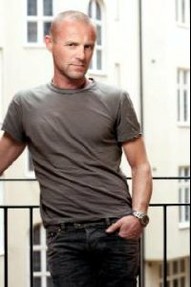 Jo Nesbø is a trained musician, who worked as a freelance journalist and stockbroker before he began his writing career.

The Bat, his number one bestseller, introduces his alcoholic detective, Inspector Harry Hole. The novels are violent and gritty, showing the nasty underside of Oslo, Norway.

He has also written a number of children's books about a Doktor Proktor.

Millions of Jo Nesbø's books have been sold world wide, translated into over 40 languages, and he was nominated for an Edgar Award.

The Girl With The Dragon Tattoo 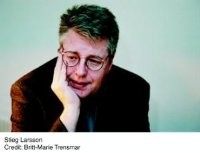 Stieg Larsson may not have been the first, but to Americans he is the best known Nordic Noir writer. His Lizbeth Salander novels.... The Girl with the Dragon Tattoo, The Girl Who Played with Fire, and The Girl Who Kicked the Hornet's Nest were a publishing sensation, introducing many of us to the genre.

The books were made into movies in Sweden (definitely worth watching) and now they are being remade in the US (different perspective, but still good). The Girl with the Dragon Tattoo is rough, gritty, dark, political, and yet accessible. I had a hard time putting it down.

Before writing the Trilogy, Stieg Larsson was the editor in Chief of the Swedish magazine Expo. He was an expert in right wing extremist groups, such at the Nazi party. His knowledge of the subject swirls through his books.

Sadly, Stieg Larsson died just before the third book was published. Rumors circulate that other books were written, but at the moment the estate is tied up in a knot. Hopefully, there are treasures in Larsson's computer files... I'd love to read more!

Kjell Erikson recieved the Swedish Crime Writers' Academy Best Swedish Crime Novel Award for The Princess of Barundi in 2002. His detective Ann Lindell goes on to appear in other books.

The character development, and the portrayal of life in small town Sweden are fantastic and riveting. Everyone seems to know everyone else, lives are entangled... A must read.

The Princess of Barundi 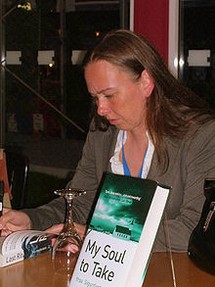 Yrsa Sigurdardottir is not a standard cop shop mystery writer... her books tend to take a bit of a paranormal bend, but so good. (FYI Islandic names are Patronymic... which means her name in English would be Yrsa, daughter of Sigurdar.... you can just address her as Yrsa) Her novels are deep and dark, and describe a lot of the nature and customs of Iceland.

Her detective is Thora Gudmundsdottir, is believable, and brings some interesting personal issues to the stories. One of the best descriptions of her work that I've seen says "it combines Law and Order, Cold Case and Northern Exposure". Grin ... I could see that, if Northern Exposure were less funny, and you just focus on the quirks....

Åke Edwardson was a lecturer at Gothenburg University in Sweden before he began writing Chief Inspector Winter detective novels.

He has won the Swedish Crime Writer's Academy Award three times. His books are both thrilling and psychological. 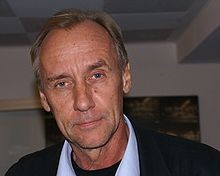 Håkan Nesser is Swedish, but currently lives in London with his wife. His early crime novels follow a antique book dealer named Van Veerteren, andtake place in a made up city called, Maardam, which is somewhere in Northern Europe. Later books follow Inspector Gunnar Barbarotti, a Swedish detective of Italian descent. Again, he seems to enjoy making up locations, since his setting Kymlinge is named after an abandoned train station. 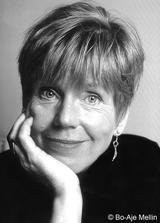 Karin Fossum "the Queen of Norwegian Fiction" has been both Poet, and wildly successful author of the Inspector Konrad Sejer series.

Her books are described as phychologically convincing and cumpulsively readable. Characters are developed slowly but thoroughly. She describes life in small town Norway, where everyone is entiwined with everyone else. Engaging and complex... with enough blood and violence thrown it to keep it exciting.

She has won numerous prizes, including, the Glass Key, the Golden Dagger, a Gumshoe Award and the Los Angeles Times Book prize. 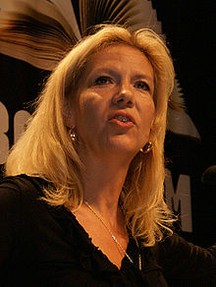 Liza Marklund wrote 8 best selling novels crime in Sweden, before she collaborated with James Patterson for The Postcard Killers. This book shot to number one on the best seller lists (she is only the 2nd Swedish Author to do so) in August of 2010.

Annika Bengtzon the main character in her novels is a crime reporter in Stockholm.  Marklund's thrillers are a roller coaster ride with unexpected turns.

Her works have won numerous awards in Sweden and Scandinavia, where she is incredibly well known, and a bit controversial.

The Perfect Place for a Mystery

Did You Find Something New to Read?

Thanks..... I've been really enjoying reading these books, I hope you'll give them a try

What a fascinating collection of authors.

I've been plowing through the Henning Mankell this summer. It's great stuff. Different than the US mysteries.

I love this type of crime fiction both to read and to watch as TV series (the original The Killing was grand, much better than the US TV series made afterwards).

Oh and the Jo Nesbo books are some of my favorites too.

Great article, Maggie. Haven't read all the authors you list here but I like very much some of the film adaptations and Scandinavian cinema in general.

Having devoured (almost) all of Jo Nesbo, I think I'll tackle the "Wallander" series next.

Season of the Witch: Enchantment, Terror and Deliverance in th... 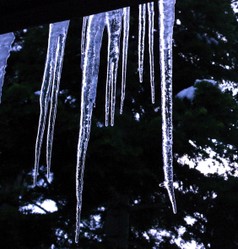 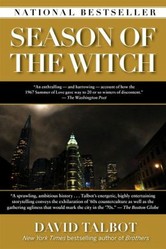 The social history of San Francisco from the early 1960's to the mid- 1980's. Behind the scenes of the hippie movement, gay rights and social change.
100%  7   28 DerdriuMarriner
Mystery