"The Waltons" aired on Thursday night and as a child that was one of the highlights of the week. Was it possible to recreate those moments? A DVD collection answered the question.

I never dreamed when I received a DVD collection of "The Waltons" for Christmas one year that it would spark such a deluge of thoughts. I was thrilled, my family was less enthusiastic. Their reaction prompted personal reflection and caused me to contemplate aspects of my childhood in comparison to that of my own children. In the end I realized that regardless of the differences between their generation and mine, there are many common factors. Within that conclusion I was also reminded how blessed I am and for that, I am truly thankful.

As a child Thursday evenings at 8:00 p.m. were highly anticipated.  I believe the countdown for “The Walton’s”  began Monday night at 9:00 p.m. after the conclusion of  “Little House on the Prairie”.  During the remainder of the week, the television basically belonged to “grown ups” in the evening.  It really didn’t matter though. After school there were forts to build, sandboxes to play in and slides to go down daringly on your belly, if no adult was in sight! Before dinner there was often time to watch an episode of “Batman” or “The Brady Bunch” but after dinner it was back outside to play or during the school year, homework to complete. I can remember quietly getting ready to do either as my parents watched the evening news without any interruption.

By 7:30 on Thursday nights my sister and I were in our pajamas and perched in our favorite spot on the couch with our cherished blankets. Our excitement would grow when we would hear the sizzling of butter in the kettle and by the time the sound of popping corn began we would be bouncing in delight. My mother’s timing was precise. At the time the introduction song began, our little hands would start delving into our very own cereal size bowls of popcorn!

With these cherished memories and the feelings they invoked it was probably only natural that I would do a little dance when I received my DVD collection of “The Walton’s” for Christmas last year! I envisioned recreating the moments!

The results of my first attempt should have been anticipated. My oldest daughter came for a movie night with her own movie! My husband and son reacted with pleasure as they noted it was a fairly new release they had seen the previews for and had been wanting to watch. I didn’t mention what I had in mind. I sat in silence thinking my DVD’s would have been far more wholesome entertainment.

Attempt number two was not anymore successful. My grandson came to spend time with me. He arrived with an extra-large tote full of toys and a grocery bag full of his favorite movies. By the time I had built forts, crawled through (and got stuck in) his expandable tunnel, rolled out playdoh and colored a dozen pages I was exhausted. Determined, I was still prepared to show my own precise timing with popcorn. Microwavable popcorn, but popcorn that would sizzle and pop. My grandson bounced as I put in the first DVD but not with anticipation. He bounced because he was overtired and had consumed too much ice cream with sprinkles and then too many sprinkles without ice cream. We cuddled in the recliner together, he was too warm for a blanket, refused the popcorn and as I pushed the play button on my remote, he asked me if I wanted to watch “Stuart Little” or something else really good instead. Within 10 minutes he was sleeping and I was quite honestly pouting like a child.

One week later I popped popcorn which I have outgrown a true liking for.  I grabbed a blanket and plopped myself in my recliner.  I pressed the play button on my remote six times as I watched one episode after another of “The Walton’s”  in the dark. My son, the last “child” I have living at home, came downstairs a few times to use the bathroom, grab a soda, or retrieve the phone to take upstairs.  Each time he politely commented on my programming .  I eventually asked if he would like to join me, he politely had an excuse. I knew the truth.  I could vaguely hear the sounds emitting from his XBOX and for some reason it saddened me.  I wondered if my grandson was at home in his own room playing his  Paper Mario Sticker Star game on his Nintendo 3DS. I shuddered at the thought of the line I had stood in the afternoon of Christmas Eve to buy it as a favor for my son, since he had promised it to him for Christmas and couldn't break away from work.

I believe it was at the end of the third episode that I turned up the volume.  As the ending theme song was playing my son came back downstairs and appeared to be “settling in” to the other recliner. If I didn’t know it wasn’t humanly possible I would say his head spun a full 360 degrees as the theme song began for another episode.  He smiled and asked how many episodes were on this particular DVD.  To his credit he watched a little with me before the sudden onset of exhaustion and the need to say “Good night mom”.

In retrospect, I must admit that five hundred sixty two consecutive minutes of “The Walton’s” might have been a bit too much. Certainly on a week night when the alarm for work rang very early. I went to bed emotional and woke up 5 hours later feeling the same.

On and off the following day I thought about it. It bothered me that I had not received the response I’d anticipated. I was slightly irritated that technology had interfered with reenacting the Thursday nights of my childhood with another generation. I was almost disgusted as I thought of how times have changed and pondered if simple, family moments were a thing of the past. Finally I got what I needed. A full night of sleep. In the morning the reality hit. I realized I had probably been thinking and behaving like a drama queen.

My children did grow up in a different era then I did. My grandson will do the same. Was mine better? It would depend on the criteria used to define better. By my personal criteria was it better? In some ways, yes. In all ways, probably not.

As a child I was immune to the problems beyond my neighborhood. I was even oblivious to hardships or sorrow within my own family unless it became inevitable that I would hear of it ( as in sickness) or had to be told (as in death). I wasn’t exposed to the trauma that is often displayed on the evening news. I worried about losing my milk money on the walk to school, whether or not I would be able to borrow the library book of my choice on the next library day, and when I was older I worried about my friend who had parents in the process of a divorce. I remember my parents gently explaining that her parents still loved each other and their children but just decided not to live together anymore. I was young enough, innocent enough, to believe it was as simple as that. I grew up watching programs like “ The Walton’s” oblivious to anything other then the content of what was shown on the screen. Unlike now when controversies, real or perceived, surrounding the cast of any program show up in the tabloids, on the internet and across the television screen itself.

My children grew up far more aware of the problems in the world. They grew up with a greater knowledge of family trials and tribulations. I always tried to be honest and forthright with them without answering more then what they asked unless I felt it was necessary.

My children had academic opportunities that were not easily available to my generation. They also had knowledge at their fingertips with the internet. They did not have to walk across town to research the answer to whatever captured their curiosity. In many ways, they were much brighter and had greater focus had an earlier age. They were also younger when they had to make choices and decisions I did not face until a much later age.

In summary, the “drama queen” has come to her own conclusion. I have cherished memories of my childhood and my children have their own. In the differences, there is sometimes similarity. While my sister and I may talk about a specific episode of “The Brady Bunch” that we recall, my children converse and laugh as they talk about “Ralphie” in “A Christmas Story” every year. My grandson may never read the series “Encyclopedia Brown” as I did as a child but that didn’t prevent him from being a bug detective and searching for clues last summer! With respect for each others individuality we can still come together as a family. That is what matters. As a family we share a multitude of memories and cherish many of the same things: favorite vacations spots, activities and family traditions. They choose to come together and still enjoy doing the simple things. That is a blessing.

It is rather ironic as I am about to shut down the computer for the night that I have one last thought. I always loved the ending of “The Walton’s” when the characters would all say good night and John Boy’s light would still be on.  When my children were all living at home, they would all shout goodnight to one another multiple times until my husband would say the same, cuing them that it had been said enough.  I am not "John Boy" but my children will always remember my light was the last to go off in the house and tonight is no exception.

I would watch The Waltons with you Georgette and Jo. One of my favorite programs :)

Thanks Jo! If you like Law & Order or Criminal Minds we could have a 4 show all day marathon!

I would watch 'The Waltons' with you! And 'Little House on the Prairie' too. They were on Sunday mornings, as I was growing up, and they were wonderful.

Have you told your family how much it would mean to you to have them watch it with you? Just one episode. Maybe they aren't aware how deeply you want this.

What a wonderful outlook on life in general. The aspects you write about are very enriching reminding me a great deal of my childhood, something try to emulate for my own kids. :)K

I enjoyed your article. You're so right about young people nowadays being so much more aware of what happens in the world at large. In a way it's robbing them of their childhood. But such are the times.

Fun and/or humorous custom mugs (which you can personalize further) that woul...

I always envisioned my adult life being spent on a warm, sunny beach. All of... 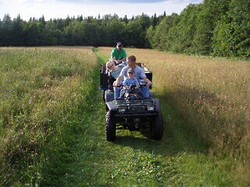 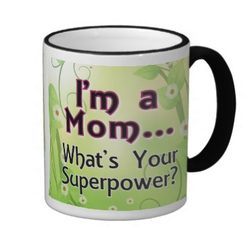 Fun and/or humorous custom mugs (which you can personalize further) that would make nice gifts for Mother's Day.
91%  7   11 georgettejohn
Moms 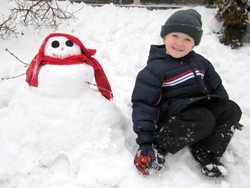 I always envisioned my adult life being spent on a warm, sunny beach. All of that has changed for reasons that are rooted deep in my heart.
Loading ...
Error!