One Moment - Megan, a New Mum

One moment in the life of a New Mum as she considers the change. A fictional and yet real tale.

"Gosh, staying at home does not seem as much fun as it was cracked up to be” thought Megan, as she sat with her baby asleep on her.

How was she not enjoying this? Why did it seem that all her friends were coping just fine with the life they had now taken on? She was struggling and had been since the birth of Tommy just three months ago. I mean, first she had to deal with the way her body had changed and there never seemed to be any time to do something about it. People talked about going to the gym and all that. But how was she – only three months into this task of being mum - going to do that?

One moment in the life of a New Mum.

She looked frumpy and she knew it. She had this huge belly hanging down to the ground and no matter how many crunches she did, nothing changed that. People had said that breastfeeding would do the trick but so far there was no sign of the weight loss that she was supposed to be experiencing. 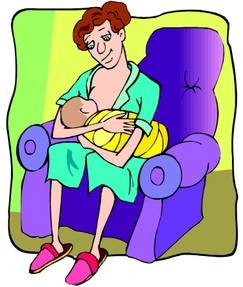 Ok, so maybe she was eating a considerably bigger portion of food than she had ever done pre-children but surely no one could control the hunger they felt while feeding their child.  She was hungry all the time!  How was she supposed to eat healthily when all the time she had to grab something to eat was the ten seconds Tommy allowed her before he started yelling to be picked up or fed or something!  Aaargh!

How had this happened to her?  It seemed none of her life was hers any longer and she just was not sure how she was going to cope.  She did not feel that she could tell her friends just how bad she felt inside but she was beginning to feel something like hatred for this little baby that had come into her life after hours of excruciating pain.

There were moments, no doubt, when she looked at Tommy and felt such love like she had never experienced before.  She felt fulfilled, content and yet also fearful.  Fearful because this little bundle was hers to bring up, hers to shape, hers to introduce to the world around him, hers to try and keep from harm – Oh my Gosh, the list went on for miles.  How was she, Megan, who was only just becoming an adult herself, supposed to do this great big task?

For a second, waves of despair and fright washed over her but then Tommy opened his eyes and smiled a big smile.  All at once, her fears washed away and she was overcome by the need to be the best mummy to this little bundle that she could be.  Did she feel less afraid? No.  Would it ever be easy?  Probably not! Selflessness never came easy to anyone.  Would she give it the best she could?  Absolutely, Definitely!

She hugged him closer to her and opened her bosom to him.

Some encouraging gifts for the New Mums in your life

Have you ever felt this way?

Looking for the perfect name for your new baby? A guide to choosing the right... 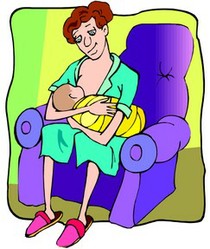 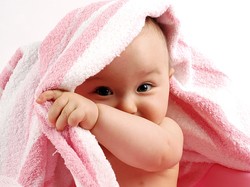 Looking for the perfect name for your new baby? A guide to choosing the right baby name including all the pitfalls and traps to avoid.
Loading ...
Error!