ooVoo: Yet Another Skype Killer?

ooVoo is a relatively new service entering the broadband video chat market. Will it sink or swim?

Hot competition for Skype burst on the scene in 2007 and has made a strong run for your money in the years after. As traffic increases for ooVoo and its software, which promises to be an improved alternative to Skype, many people are wondering: why ooVoo? What is it? What's in it for me?

ooVoo is run by a New York-based company of the same name.

It is a piece of proprietary telecommunications software similar to instant messaging and video chat clients.

ooVoo promises to be a better alternative to Skype or other solutions currently available. According to its website, in fact, in a study done on third-party Skype users, an average of 8 out of 10 people preferred it to the well-publicized and highly-esteemed telephony giant due to better quality of audio and video.

The best part is that for many users and their needs, ooVoo is free. For the rest, it is competitively priced with similar services.

Especially of concern is that ooVoo distinguishes between business and corporate users and individual users, which means pricing plans tend to reflect what the person will be using it for, as far as volume and functionality. Most individuals do not need screen sharing, for example, or a large number of chat rooms, so the plans provided reflect this.

If the service sounds interesting, check out the pricing plans or watch a demo video below.

Although ooVoo offers a few different plans to users, most purposes will be met with the free plan, which offers three-way online, high definition audio and video calling, as well as standard file transfers and chat rooms available through other, standard IM clients.

The free plan is probably what you will be using - especially if you choose to evaluate the product before buying it. It will satisfy most users' problems and necessities.

The plus plan offers all the features of the free version (extended up to 5-way video calls), plus 200 minutes/month of phone calls, provides more chat rooms, and gives users access to call recording for up to 750 minutes of storage. Additionally, advertisements are no longer displayed.

The plus plan is largely unnecessary unless you have a very large group of friends. For the sake of interesting college campuses, I wish they offered student discounts for people who plan to use it for study groups, but they do not as of now.

The pro plan offers all the previous features in extended and expanded form (like, 6-way calling, more chat rooms), with a host of new ones, such as desktop sharing (generally fairly expensive for high-quality implementations), multiple seats and volume licensing (as in, multiple users can use it simultaneously), and enhanced security.

The pro plan is probably unnecessary for 99.9% of users, but it is nice that they included an option for heavy enterprises who need the extra support and functionality.

Pay as You Go

For when you need features now, not later

In an effort to cater to everybody, ooVoo also offers a pay-as-you-go or on-demand pricing. If you have the free plan and decide you need to add more people to your call, you can optionally pay $0.10 per minute for each additional person - similar to Skype's services. They also offer competitively priced phone calls on the free plan through the on-demand credits system, especially in the United States and Canada.

well i just figured out skype and now there's oovoo...never heard of it.I'll check it out.
good info.

Amazing how fast things change and improvements are made! I will be looking into this system. Thanks for the info!

Along with making something transparent, cutting an element out of an image a... 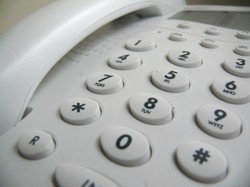 GIMP is a free image manipulation program which can be intimidating at first, but is an excellent and free alternative to other software such as Adobe Photoshop.
100%  10   11 Paul
Computer Software 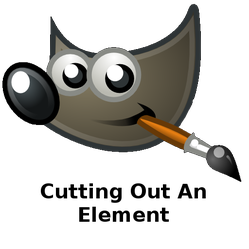 Along with making something transparent, cutting an element out of an image and placing it on another is one of the most frequently required tasks.
Loading ...
Error!