Parthenogenetic stem cells and induced pluripotent stem cells are two relatively new types of stem cells. Similarly to embryonic stem cells, they are pluripotent in nature. However, since their creation doesn’t require the destruction of a human embryo no ethical issues (stem cell controversy) arises from their use.

Both of these two types are artificially created, which means that they don't occur naturally and they are creating in vitro using various means.

What are induced pluripotent stem cells

Induced pluripotent stem cells (iPSCs) are a type of stem cell created from somatic adult cells (e.g a neural or a skin cell). According to the published literature, iPSCs are very similar to embryonic stem cells (ESCs) and have the ability, under the proper conditions, to transform into virtually all types of somatic cells. However, similarly to ESCs they seem to be very prone to expressing carcinogenic activity.

Animal iPSCs were first created at the Kyoto University by Shinya Yamanaka and his team in 2006. Next year, Yamanaka was able to create, again for the first time, human induced pluripotent stem cells (hiPSCs) from human fibroblasts. During the same year and almost simultaneously James Thomson's was able to also create hiPSCs as well.

A lot of time has passed since then and a lot of progress has been made in the field of developing iPSCs. Today researchers have the capacity to create iPSCs from the following types of cells:

How are iPSCs created in the first place

Induced pluripotent stem cells are created via a very complex method called transfection. Essentially, the process involves the use of viral vectors (e.g. retroviruses) that transfer certain genes, associated with stem cell activity, to normal somatic cells. The genes first used in iPSCs creation and still in use today are:

Unfortunately this method is more of a hit and miss thing, as only 0,1 to 1 % of the originally infected cells eventually become iPSCs.

iPSCs is still a new thing in medicine and as a result there is no FDA approved treatment involving their use. Their greatest application is probably in the field of creating personalized model diseases for various conditions, for example Hypetrophic Cardiomyopathy. In a recent study, researchers from Japan have developed anti-cancer T-Cells from iPSCs that attack and kill cancer stem cells.

Parthenogenetic stem cells are again an artificial type of stem cell created using a process called parthenogenesis. They were first created by Hwang Woo-Suk, however their creation was unintentional and it wasn’t until 2007 that other researchers found about the discovery.

Their first intentional discovery is attributed to  Dr. Elena Revazova and her team, working for the International Stem Cell Corporation biomedical company. Since then the same company has been doing a lot of research in these cells and has even published some preclinical studies that showed great promise in the treatment of Parkinsons and Criggler-Najjar syndrome.

In 2013, Wolfram Zimmerman published a study showing that parthenogenetic stem cells may one day be useful in the treatment of heart failure. 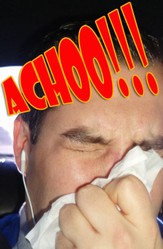 Have you ever wondered what bless you and gesundheit means and why people say it? Most people don't know what it's history or meaning is. In this article I'm going to share that!
47%  0   7 bhthanks
Biology 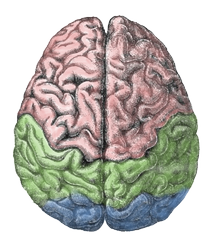