Love your party based RPGs? So do I! On this page you'll find my favourite party based role playing games that is perfect for people who are just getting started on this sub-genre.

Love your party based RPGs? So do I! On this page you'll find my favourite party based role playing games that is perfect for people who are just getting started on this sub-genre.

Party based role playing games have always appealed to me because I enjoy developing a party of heroes rather than just a single character. Not only do I find this helps me fight the boredom of getting stuck with a single class but it also brings the world to life through the relationships and adventures that you share with your own party members.

While most role playing games now come with a single follower of some sorts (Skyrim, Fallout, etc.) you won't find any of those games here this page is reserved solely for games that you have to build and (somewhat) control an entire party during the length of your adventure. I hope that in the future we'll see more and more group role playing games released but for the moment fans of this genre like myself are only left with a handful of good options.

What Draws You To Play This Sub-Genre

One Of The Classic Party Based RPGs It simple wouldn't be a list of party based RPGs without featuring the likes of Baldur's Gate, a series of two games (with a third cancelled game) that are the definition of the genre. In 2012 and 2013 these two games each received a remake titled Enhanced Edition, not only did this allow older gamers to reminisce about the past it also made the series more accessible to the current generation of gamers. This Enhanced Editions were also made available for iPad users (Android version in the works).

The games both feature a dark fantasy style setting as you explore the world gaining experience, equipment and levels for yourself and your party. With great storylines and character relationships every single part of the world feels real and it's easy to find yourself immersed in your adventure.

Gameplay is party based and uses a Dungeons & Dragons ruleset.  Combat takes place in real time but players are able to pause the game to direct their party members when needed. The mechanic that the series is most notably known for though is the ability to script behaviours for your party members so that they'll respond to situations in a given manner automatically.

For the most part these game mechanics stayed the same in the second game although additional interactions with your party were added to offer deep friendships and even the potential for romance.

With the Enhanced Editions now available for this classic game series there is no reason to pass up the opportunity to play the series.

A Universe Awaits You In This Party Based Role Playing Game 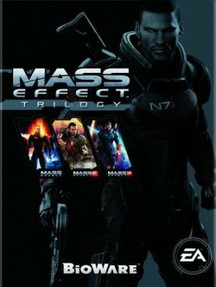 If you'd rather be playing a party based RPG that takes place in a sci-fi style setting you'll want to check out the Mass Effect series. The games are more action orientated than your standard RPG with intense fire fights being the main method of combat, outside of this combat though there is an endless amount of depth to customise your character and form relationships.

The setting for your adventure is in the distant future (the first game starts in the year 2183) and is about half a decade into human space exploration that has led to the discovery of other alien species and humans joining the ranks of the Citadel, a large station where various races gather together and serves as the political hub for the government bodies known as the Council.

You'll spend a lot of time exploring the Citadel but there is also plenty of time spent on your ship the SSV Normandy and other planets across the universe. You'll explore these as Commander Shepard, a military character that is highly customisable.

The party based elements in Mass Effect centre around creating a list of crew members to serve with you on the Normandy and hep you in combat.

With story, action and a high level of customisation it's no wonder Mass Effect has seen the level of success that it has.

Another One Of BioWare's Party Based RPGs 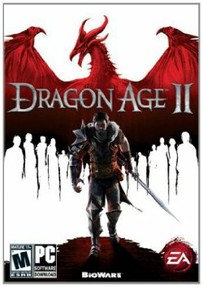 BioWare just loves it's party based RPGs and this game series is the third on this page to be developed by them. It's the story of "if it ain't broke don't fix it" in their case because they always produce games of this kind with such a high quality they'd be silly not to keep creating them.

It's easiest to consider the Dragon Age series as an updated version of Baldur's Gate, it features many of the same features as the well loved series but at the same time is something completely different. At this time there are only two core games in the series although a third game is on track for a late 2014 release at this stage. The series also has a tonne of DLC behind it so where possible I always recommend game of the year editions or bundles so that you can get all the extra content for a cheaply bundled price.

At the beginning of your Dragon Age adventure you get to choose a race and class that will define your character. As you continue through the game you'll then be joined by other characters with their own stories and skills on the battlefield. Your relationships with these other party members are quite in depth and do evolve from start to finish, something not enough party based RPGs seem to get right, your companions should definitely be acting differently towards you at the end of the game compared to the start.

Combat is also one of the best I've seen in this genre with a great level of flow that still feels strategic. The simple amount of spell interaction also makes it stand out (putting out a fire spell with blizzard for example).

If the look of Baldur's Gate scares you because of it's age then the Dragon Age series is the next best thing.

Which Party Based RPGs Are Your Favourites?