Peter Capaldi had big shoes to fill taking over for Matt Smith as The Doctor. Find out how he did.

August 23, 2014 was a big day for Doctor Who fans. Late the year before, we had said goodbye to the 12th Doctor, Matt Smith, and was introduced briefly to Peter Capaldi as the new Doctor. We've waited nearly 8 months to see a full episode with the new Doctor. The anticipation was killing us.

Doubters abound, I suppose. Matt Smith was young, energetic, frenetic, schizophrenic as the playful time-traveling Doctor. Peter Capadi is older, different (but what Doctor isn't "different"?). But no less intense, as we've found out.

What is this new Doctor like and what does he go through while transitioning to an older face after his spectacular and unexpected regeneration?

Is This Doctor Too New and Old?

We find the 13th Doctor confused and vague as he gallops across time in his new form. Lodged in a dinosaur's throat, he finds himself in Victorian England, contending with his latest regeneration, in addition to some mechanical villains.

This is a scary time for the Doctor. His face is old and he's been through a lot. The Impossible Girl is there, but is she there for him? And why is she always there?

This issue of the old face becomes central to the new storyline, as does the issue of what kind of person is the Doctor.

There are some classic (or soon to be classic) scenes in this episode. He fights a cyborg and when he holds up a reflection to the machine's half-human face, he also sees his own; he's been transformed and is not sure he likes what he has become.

One wonders if he will betray his companion Clara. He abandons her to the cyborg. In true Doctor fashion, he returns to save her.

In a suspenseful climax, we are forced to wonder if the Doctor is a killer. Or if his enemy is just desperate, dreaming of a promised land, having taken on human delusions after reconstructing himself into half-human form, and so is driven to end it all. In the end, we find no answer, except that maybe one of them is mechanical and the other is not. I know, I'm being as vague as the new Doctor. Spoilers.

We wonder if Clara has as much trouble with the Doctor's old-new face as much as he does. An incredible scene between her and Madame Vastra in which the Impossible Girl is forced to look past the veil that conceals an unwanted face, reveals much about this mysterious girl and gives her substance: Or is it that Clara is finally aware? She is tormented, for sure, by the fact that her Doctor is old, confused and seemingly less caring. We all get old Clara. Nobody lives forever.

Or do they? The Doctor has lived past his 12th and final regeneration and has come out weak and scared. The Doctor calls on Clara to love him enough to see him through this difficult time. The Impossible Girl always has.

Who sends the Impossible Girl? Why is she always there? We are asked this question in this episode and are left hanging. Will we ever find out? Who is the Doctor's girlfriend, and does she have anything to do with it? Another interesting question we are teased with.

This new Doctor, in this episode that ushered him into that prized position as defender of the Universe, addresses the issue of those young (and sometimes older) fan-girls who prefer the young roller-coaster known as Matt Smith. No one can doubt that Matt Smith was amazing. But no one can doubt that he appealed to adolescent fantasies of both the young and old. Here we have a Doctor who pleads with Clara to see past his old face and love him anyway.

This new Doctor stands before Clara, in the end, and proclaims that he's lived for 2000 years and has made many mistakes and that it is now time to make things right. We have a mature Doctor, with a new-old face. The 13th is intense, but deeply intense, it's not all on the surface. This Doctor requires more digging. He had presented himself in acceptable form before, now he gives you what is real.

This new Doctor will appeal to those with a bit of depth to their search, to those who love Baker and Pertwee and also to new fans. Moffat and the crew have done it again. They've done away with much of the image and spectacle but have brought us more substance.

Whatever Happened to The Cast of Lois and Clark: The New Adven...

Lois and Clark made household names of its stars in the early and mid ninetie... 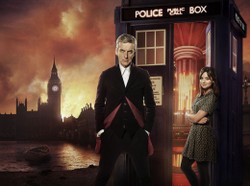 Lois and Clark made household names of its stars in the early and mid nineties. What's happened to Dean Cain and the gang since then?
69%  8   6 FloraBreenRobison
Actors