Lois and Clark made household names of its stars in the early and mid nineties. What's happened to Dean Cain and the gang since then?

In many ways, Lois and Clark: The New Adventures of Superman was before its time: produced in an era when superhero stories (on television at least) were still largely deemed to be the exclusive realm of kids. And yet, the shows developer, Debra Joy Levine, had very strong desires to gear it toward an older audience.

What transpired was a strange mix of content that tried to cater to several age groups. In some instances, this worked and, at other times, they didn't quite pull it off. Nevertheless, for much of the show's four-year run, Lois and Clark was incredibly popular. And it no doubt paved the way for trendier (of their time) shows to come, such as Smallville and Heroes.

Being what's now known as a tweenager and early teenager during Lois and Clark's peak, I was probably among the show's core demographic of fans. The appeal, for me, I'm not going to lie, was predominantly the very handsome Dean Cain, but there were undoubtedly other things that kept me glued to my TV screen.

But happened to the cast of Lois and Clark: The New Adventures of Superman after the show was canceled in 1997?

What Happened to Dean Cain After Lois and Clark?

Aside from the odd appearance in Beverly Hills 90210, Dean Cain was a fairly unknown actor when he was cast in the role of Clark Kent/Superman. And showbiz wasn't his first love, if it hadn't been for an injury, he'd have been a professional football player.

But he wasn't your typical intellectually vapid jock, he studied history at Princeton and had a penchant for screenwriting: he even wrote two episodes of Lois and Clark.

After hanging up his Lycra Superman suit for the final time, it wasn't writing he focused on. It seemed as though a promising career lay ahead of him: Cain was, by that point, a household name and he was incredibly easy on the eyes - surely, Hollywood would come calling. Well, Hollywood did call, with roles in Best Men, The Broken Heart's Club and Out of Time.

However, those relatively little known movies were as good as it got.

That's not to say that Dean Cain has been short of acting roles - quite the contrary, he's rarely out of work. But work has consisted of bit parts on established shows, such as Frasier, Just Shoot Me!, Smallville, CSI Miami and Burn Notice, coupled with roles in a whole range of TV movies, including I Do (But I Don't), which is essentially a poor man's The Wedding Planner; The Perfect Husband: The Laci Peterson Story and The Dog Who Saved Christmas.

What Did Teri Hatcher Do After Lois and Clark?

Unlike Dean Cain, Teri Hatcher was well on the way to establishing her acting career when she was cast as Lois Lane in Lois and Clark: The New Adventures of Superman, having featured in Soapdish and a rather memorable turn as Sylvester Stallone's exotic-dancing sister in Tango and Cash.

And, she too looked set for bigger and brighter things after the show was canceled in 1997, staring as a 'Bond girl' in Tomorrow Never Dies. However, after deciding to take a career hiatus following the birth of her daughter, Hatcher found it difficult to get work. For several years, she was only just managing to pay the bills with the odd Radio Shack commercial and a TV movie here and there.

Then, things took a dramatic turn for the better, when she auditioned for a new television show about suburban wives and mothers. Desperate Housewives was a massive hit all over the world,and won Hatcher a Golden Globe for Best Actress in 2005; far eclipsing the success she had experienced in the shoes of Lois Lane.

Off the back of Desperate Housewives, Teri Hatcher was offered roles in movies, such as Coraline, and given the opportunity to write her part memoir/part philosophies for life: Burnt Toast.

What Happened to Lane Smith After Lois and Clark? 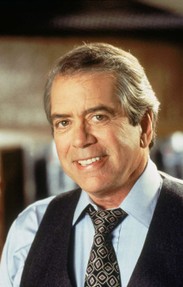 By that time, he was already a well-established and highly regarded actor, starring as Nixon in the TV movie Final Days (for which he gained a Golden Globe nomination), and taking guest spots in some of the most popular shows of their eras: Murder She Wrote, Dallas, Quincy M.E., and The Twilight Zone.

Post Lois and Clark, he didn't slow down, gaining roles in The Outer Limits, From The Earth to The Moon and voicing two characters for King of The Hill.

What is K Callan Doing Now? 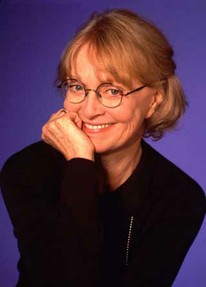 In keeping with the show's modern take on the Superman legend, K Callan played a Martha Kent who wasn't to be messed with. While repairing and/or washing her son's super suits, she would chide him over his lack of honesty with Lois and had no qualms about getting in on some of the heroic action on occasion (chasing muggers and refusing to play the meek old lady when used as bait).

Since Lois and Clark, K Callan has been consistently busy. Like Lane Smith, she's voiced a character on King of The Hill and she has guest starred in numerous TV shows, including Chicago Hope, JAG, Without a Trace, Nip/Tuck, and even Desperate Housewives.

Most recently, she's featured in How I Met Your Mother, as Grandma Lois and, as if that weren't coincidental enough, she's in a new series called Supermoms, which (at the time of writing) is in post-production.

What is Eddie Jones Doing Now?

Eddie Jones played Jonathan Kent, Clark's pragmatic father, who always had a simple word of advice no matter what catastrophe his son faced.

He's been in several TV shows since Lois and Clark ended, including The Invisible Man, Judging Amy and Crossing Jordan. Jones is also known for his big screen roles in Seabiscuit and The Terminal.

Where Did Justin Whalin Go After Lois and Clark?

Justin Whalin was brought in as the second of Lois and Clark's Jimmy Olsons. He took over in season two and quickly became a great comic foil, not to mention permanent frustration for his ill-timed interruptions of Lois and Clark.

Still predominantly best known for his role in Lois and Clark: The New Adventures of Superman, Justin Whalin starred in the forgettable Dungeons and Dragons, before featuring in a string of short films and/or little known movies, such as Blood of Beasts. His most recent role was in 2009, in the film Off The Ledge.

What Did John Shea Do After Lois and Clark? 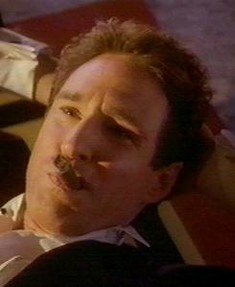 John Shea played Lex Luthor like a Bond villain; suave, classy with a taste for the finer things in life, he even managed to charm his way into Lois' affections, before Superman and the rest of the Daily Planet gang revealed his scurrilous dealings at the end of season one.

After that, Luthor continued to appear periodically throughout seasons two and three; managing to throw a spanner in the works of Lois and Clark's burgeoning romance, and even ruining their wedding.

Shea is perhaps still best known for that role, but he has had plenty of work since Lois and Clark was canceled; featuring in Sex in The City, That's Life, Mutant X and Medium.

Most recently, he took the title role in an adaptation of Julius Caesar; he's also had a recurring role on the very popular Gossip Girl, and a guest spot on The Good Wife.

What Happened to Michael Landes After Lois and Clark Season One? 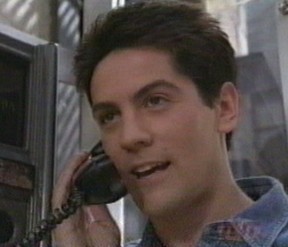 Michael Landes was Lois and Clark's first Jimmy Olson, he was replaced after season one, because, apparently, he looked too similar to Dean Cain.

He would go on to feature in The Drew Carey Show (Carey would later have a guest spot on Lois and Clark season four), and the short-lived comedy, Too Something. After a handful of TV movies, he was back on the big screen in Hart's War and Final Destination 2 and 3.

For a while, he worked in the U.K., featuring in an episode of the much loved Agatha Christie Marple series, and starring in the comedy Love Soup opposite Tamsin Grieg. He's divided his time between the U.S. and U.K., continuing to feature in a variety of small and big screen movies, and TV shows on both sides of the pond.

His most recent work has been in Upstairs Downstairs in the U.K., and Don't Trust The B--- in Apartment 23, in the U.S. It being a very small world, that's also a show Dean Cain has guest starred in.

Lois and Clark on Ebay

Where Did Tracy Scoggins Go After Lois and Clark Season One?

The problem with the first season of Lois and Clark was, at times, it was a little on the raunchy side for its younger viewers. A big part of that raunchiness came in the form of the Daily Planet's gossip columnist Cat Grant, played by Tracy Scoggins. In order to avoid excluding young superhero fans, Scoggins was given her pink slip when Lois and Clark: The New Adventures of Superman was picked up for a second season.

Since then, she has become perhaps best known for her role as Captain Elizabeth Lochley in Babylon 5. However, she's also guest starred in numerous TV series, including Wings, Cybil, Nip/Tuck, NCIS and Dante's Cove.

What Did Lane Davies Do After Lois and Clark?

After Lex Luthor's demise (and/or imprisonment depending on where in the seasons we are), we were a little low on witty villains, Lane Davies' Tempus changed all that and proved popular enough to appear in four episodes of Lois and Clark: The New Adventures of Superman.

An accomplished stage actor as well as familiar figure on our television and movie screens, Davies has had guest roles on Just Shoot Me!, 3rd Rock From the Sun, The Practice and Scrubs; as well as a recurring role on General Hospital. Most recently, he's starred as Det. Johnson on The Bay.

What is Farrah Forke Doing Now? 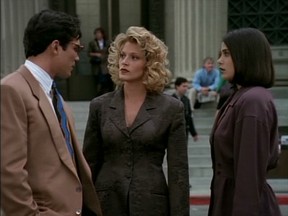 And because we all wanted to see the lead characters finally get together, not many fans of the show were sorry to see D.A. Drake killed by a car bomb.

In real life, Forke would go on to star in Dweebs, Mr. Rhodes and have a guest part in Party of Five. Sticking with the superhero theme, she also voiced Barda in Batman of The Future and Justice League. In addition, she starred in the not particularly well known movies Kate's Addiction (which would later come to be titled Circle of Deception), and Hitman's Run.

Miss Lois and Clark? Relive All Four Seasons on DVD!

Indeed, she was - albeit one of those Bond girls that die halfway through the film. For me, the big attraction of 'Lois and Clark' was the chemistry between Dean Cain and Teri Hatcher; it certainly seemed as if they had a lot of fun working together.

Teri Hatcher of Desperate Housewives was a Bond girl? Who would have guessed? :)
I have only seen bits of Lois and Clark in recent years. She looked fun there too :).

Elvira, Mistress of the Dark

I’ve been thinking about Halloween recently and, for some reason, Elvira, Mis...

Elvira, Mistress of the Dark

I’ve been thinking about Halloween recently and, for some reason, Elvira, Mistress of the Dark. I decided to see what I could remember about her and her show.
Loading ...
Error!