Places To See In Rome

I had the good fortune to live in Rome, Italy for nearly three years and fell in love with the city and the country. These are just a few of my favorite places to see in Rome.

Which are the Places to See in Rome? As someone who spent three years living in the historic centre of La Bella Roma I would like to share with you some of my favorite places. Some you will be familiar with and I will also introduce you to some that you may not have discovered yet!

What to see in Rome if you only have a few days perhaps on a city break? The question "What to see?" is one I frequently hear from friends, who know I lived there for nearly three years, who are going on a Three Day City Break in Rome.

So that's why I thought that I would put together a list of my favorite places to visit in Rome to help them.

The Must See Places and Things In Rome

There's enough places to see in Rome here for a three day city break and yet the same list of places could also serve as the basis of a longer stay in the Eternal City.

In my opinion Rome, is perhaps one of the most fascinating cities in the world with thousands of years of incredible history. It is a magical place with a staggering range of landmarks, the glories of Renaissance architecture, and authentic Italian restaurants, one cannot imagine a city with so much culture and history all waiting for you mto explore.

Rome is full of things to see and do. Here you will find the Rome attractions that I think you must visit as we take a look at what to see in Rome on a vacation.

Our first stop is of course a landmark which is instantly recognised The Colosseum which is close to the main Railway Station Termini.

At the time it was built it was one of the most impressive buildings in the Roman empire. The Colosseum is a massive stone amphitheater commissioned around 70 to 72 AD by a Flavian Dynasty Emperor named Vespasian for the Roman people. This is a place where ancient Romans gathered to see great fights between gladiators, and fights between men and wild beasts.

You can pay for a guided tour and join them as they move around the Colosseum or you can do as I personally prefer and explore on your own with a guide book in hand. Whichever you decide to do it's an amazing experience and an absolute "must see" on the list of what to see in Rome.

The Colosseum measures 188 by 156 meters and has a height of more than 159 feet. When it was built it could accommodate more than 55,000 people who would enter into it through more than 80 entrances. Originally the whole of the Colosseum was clad in marble and contained a number of life-sized statues gracing the arches on the upper floors.

After many centuries of active use, the Colosseum fell into neglect and was used as a source of construction material up until the 18th century. However, the place is a famous tourist destination, even though two-thirds of the total structure have been destroyed over time.

Our second stop and one of my favorite places is The Trevi fountain. It is one of Rome's most famous baroque fountains, standing 25.9 meters high and 19.8 meters across.

It gets the name due to the fact that the fountain is situated at the junction of 3 roads, which in Italian is "Tre Vie". It was designed by a Roman architect named, Nicola Salvi who began its construction in the year 1732 and it was completed in 1762.

This famous monument is located in the Trevi square in the Quirinale district. Thousands of tourists everyday gather here to take images of this marble creations of seahorses, mermen, and cascading pools which are all presided by Neptune the sea god.

One of the most important and amazing features of the Pantheon is the massive concrete dome, which has a giant circular opening of about 8.7 meters in diameter at its center and is open to its elements. The Pantheon dome is the largest, single unreinforced concrete dome in the whole world.

When you have visited the Pantheon do take the time to take lunch or even an ice cream at one of the little restaurants opposite and watch the world go by. People watching is a favorite pastime of the Romans and there's no better place to sit for an hour.

No visit to Rome could ever be complete without crossing into the smallest Independent State in the World which is The Vatican.

Whether you are a Catholic or not you cannot fail to be amazed by St. Peter's Basilica which is the perfect example of creativity and ingenuity of the 16th century.

If you have time after exploring the Basilica and seeing the tomb of St Peter as well as the tombs of The Popes then do visit the Vatican Museums and the Sistine Chapel. Although you could spend days in the museums even a half day spent exploring them is well worth it.

Definitely a must see on the list of what to see in Rome the Piazza di Spagna & the Spanish Steps is one of the most popular meeting places in Rome and a masterpiece of the 18th century.

Piazza DI Spagna, also called Spanish Square is connected on top of the hill with a French Church, through 137 steps called The Spanish Steps.

One of the best views of the city of Rome can be gained from the top of the Spanish Steps.

Another of my favorite places in Rome is the Campo de' Fiori which literally means 'fields of flowers.' It is widely known for its colorful and large lively market.

The market sells all kinds of products to visitors including fresh produce, beverages, breads, and other kind of tourist attractions.

This is the perfect tourist place for someone who really loves shopping, as they provide a wide variety of products at affordable cost.

Again another of my favorite places to sit and have lunch and watch the world to go by! Do take a moment to look at the statue of Bruno the Heretic right in the centre and if you don't have time for lunch at least have an ice cream!

Another famous square in Italy, the Piazza Navona is arguably the most beautiful square in Rome even though there was scaffolding on some of the buildings and work was going on when we were last there!

It was originally constructed as a studio for conducting chariot races and athletic races. It is also home to three impressive fountains.

During the day and into the evening/night, artists gather here to paint, and there are a number if vendors and entertainers selling souvenirs. However, if you want to appreciate the full beauty of Piazza Navona and to avoid crowds, it is advisable to visit the square early in the morning.

One of the things we love to do when we go back to Rome is to take lunch in one of the many restaurants around the Piazza. They are quite expensive but there is nothing quite like eating, drinking a glass of wine and watching all the activity in the Piazza for a hour or two.

Another must see place in Rome, is the Forum. However, you need to be aware that The Forum is a jumble of marble fragments, temple ruins, triumphal arches, and other architectural elements from various time periods.

Some main points of architectural elements in the Forum may include Arch of Constantine, Via Sacra, the Temple of Rome and Venus, Arch of Titus, Basilica of Maxentius, Temple of Vesta, Umbilicus Urbis, Arch of Septimius Severus, the Temple of Antonius and Faustina. Temple of castor and Pollux, and many more.

It's a very impressive sight and definitely not one to be missed!

One of the largest public parks in Rome, the Gardens of the Villa Borghese offers a pleasant refuge from the hectic streets of Rome.

It is located in the north of the Spanish steps, and features several museums, statues, fountains, temples, and lakes.

One most famous museum is the Museo e Galleria Borghese which has a vast collection of sculptures and some masterpiece of Canova and Bernini. Other sightseeing places in Villa Borghese are the botanical garden, an 18th century arch, and an impressive amphitheater.

Your Favorite Place To See in Rome

Which Is Your Favorite Of My Must See Places In Rome?

Have You Been To Rome in Italy Yet?

These are lovely photos Paul and capture Rome beautifully. It is my favourite city with something to see around every corner. Every time of day, has something special. Ty for posting .

Thanks. To appreciate Rome properly you must go slowly and in mindfulness. Stop and think. Drink in the atmosphere of each location. But you know this already!

@frankbeswick thanks for sharing that Frank which I really appreciate and it is so true the longer one is in Rome the more you realise you have yet to discover or to explore fully.

@cmoneyspinner yes they are two of my favourite cities

The Sistine chapel is a glory to behold, but the corridor leading to it would take ages to fully appreciate, such is the richness and extent of the art there.

What to take? Packing for a weekend away can be a challenge can't it? So ho...

Time for your vacation and to think about what you need to pack? The list lo... 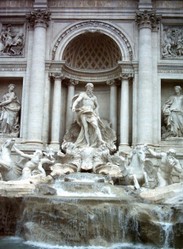 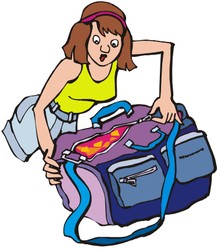 What to take? Packing for a weekend away can be a challenge can't it? So how do you pack light and smart for that weekend away and make sure that you have everything you need?
20%  2   2 pkmcr
General Travel Tips 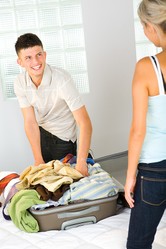 Time for your vacation and to think about what you need to pack? The list looks overwhelming and you wonder how you will get it all in! Let's look at how to pack for a vacation!
Loading ...
Error!