Playing An Instrument May Be In Your Genes

Playing an instrument - Is it in your Genes? That's what some scientists suggest.

I’ve always wanted to play a musical instrument. Guitar and piano were my instruments of choice. Alas, my desires never matched my skill level or my dedication to putting in hours of practice.
Now, I’ve found a scientific study suggesting that musical talent may or may not be something inherent in one’s genes. In my case, alas, I don’t think they are there at all.

Research, conducted by scientists in Sweden, took a bunch of identical twins and studied their music abilities. They found that it didn’t really matter if one twin practiced an instrument and the other didn’t. They both ended up with equal levels of skill.

So, how is it that someone who doesn’t practice can do as well as someone who doesn’t? The researchers say it’s because some degree of musical ability is built in to our genes. I’m not quite buying that theory, but that’s what they said.

The study compared more 1200 pairs of identical twins and another 1300 fraternal twins (the ones that don’t look alike). So, it’s not a study that came to a conclusion based on just a few test subjects. The volunteers were tested on their ability to judge differences in pitch, distinguish different melodies, and differentiate rhythms. But, after all that there seemed to be little difference between a twin that practiced and one that didn’t. How much did they practice? In one case, one twin practiced more than 20,000 hours more than their sibling. It didn’t matter. Both tested with similar abilities.

One theory the scientists came up with to explain their findings is that genes could determine a person’s motivation to practice. That drive to keep at something, to stay with it despite the ups and downs and long hours is something that may be in our genetic makeup.

So, does that mean some people don’t need to practice? Not quite, say the researchers. While some skill levels can be acquired by some people with less practice than others, the ability to achieve high performance levels are still dependent on practice and dedication to the effort.

But, what if you are not a twin?

Of course, there are fewer twins out there than people with no twin – like me. What are we to think? Unfortunately, the researchers didn’t delve into why someone like me might be less musically inclined and/or who have a hard time finding the motivation to practice. So, we seem to be stuck with the old adage – how do you get to Carnegie Hall? Practice, practice, practice.

I suspect that the interaction between genetics, environment and practice is quite complex.

TheWritingCowboy, Did the study concern itself with early exposure to music? For example, did it consider in the selection process those participants who did or did not live in households where the amount, predictability and quality of music was pervasive and prioritized from early on?

I have no musical ability, but all four of my children do, to varying degrees. Three of them play the guitar and one plays the drums. One of the kids had a music teacher who said that musical talent can skip generations, and my ex and I both had parents who played piano and guitar.
I do believe it's something in the genes when it comes to musical talent. Some people have it and others simply don't.

Not sure I buy this either, got two really talented kids, and the one that practices more is way ahead.

That explains a lot about me! 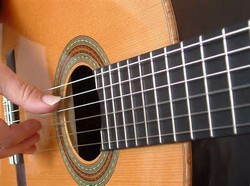 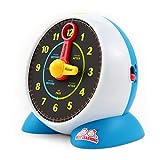