Pompeii lay undiscovered for hundreds of years but excellent work by archaeologists has uncovered a massive, well preserved city. I spent a day wandering around this city-brothel.

Pompeii was a bustling, vibrant ancient Roman brothel city, built near the volcano Vesuvius. It was destroyed and buried under ash and lava when Vesuvius was subjected to a pyroclastic flow eruption in AD 79. It is believed that the eruption was so intense that the side of the mountain blew off engulfing all the surrounding area within minutes, giving people in its path no chance of escape. .

The ruins are remarkably well preserved and there are many artefacts at the Naples museum now. The bodies are casts of people filled in with plaster but they have been placed where the people fell, dying in agony.

It was a very moving visit and a must if you ever go to Italy. The picture above shows Vesuvius in the background.

All the things you see in these photos was covered for nearly two thousand years in ash and debris.

On the day we visited, it was remarkable because Vesuvius had snow on the top and people had come from all over Italy to see Vesuvius smoking but with snow on it,. It was strange. The narrow streets of Pompeii are so well  preserved ( see below )

It is amazing how these wall paintings have stayed on the  walls of the buildngs thousands of years under the ash and soil and now exposed. The wall paintings give a good indication of life at the time.

This is just one of the beautifully preserved Roman mosaic floors you will see at Pompeii.

There were two amphitheatres and see how they are so good, people just sit and soak up the atmosphere of being there. Statues which were part of doors and entrances are still there.

Some of the dead bodies are preserved in display clases and some are situated where they fell. Two images have been removed.

Part of this gladiator house dropped down since my visit , Sadly.

Well preserved Roman columns are everywhere. I love seeing them, so beautifully made.

The more wealthy homes had an inner courtyard garden.

Bodies where they lay

There are images of the dead which show their unimaginable suffering. There are also several well preserved artefacts .

Villa of the mysteries

This was a large house on the outskirts of Pompeii and probably the home of someone very high ranking . It is absolutely beautiful.

All this is the wonderful work of underpaid archaeologists, brought to the future for our benefit; I salute them wholeheartedly.

Derdriu
Somebody on here objected to them as being disrespectful and insensitive to the dead people to show the mud casts that surrounded their bodies.

I have no wish to offend anyone. I removed the photos . I personally think they are a tribute to those poor people's pain, fear and suffering - but not everyone agreed.

Veronica, Why were the two images that you reference under your section on bodies removed?

I am the same, so I prefer to avoid sun, but I was bound by school holidays then.

I only go to Southern Italy in Autumn. I have very fair Irish skin and can't take the sun.

In August time the Mediterranean sun was beating on our heads. While I loved the visit, I needed water.

The walls of house of the mysteries above ! How could I think of a cup of tea when looking at those?

I was just so enthralled and enchanted by the whole place that I did not notice until I felt weak and headachey. We just took hundreds of photos. It is an incredible place . I eventually found a cup of tea place. Even badly made non English tea was welcome by that point. It was end of October too so not hot.

How did you manage not to drink?I went to Pompeii in high summer and by lunch time I was flagging and only revived with a good dose of Aqua della Madonna from a local mineral spring. I then ascended Vesuvius, fortified by more Aqua della Madonna.

TY so much. It needs two days to do it justice really. I was there all day without realising I hadn't eaten or drunk anything. There is a very spiritual atmosphere about the place. And Vesuvius still dominates high above it.

Nearby Herculaneum was also covered and is supposed to be even better than Pompeii.

I had no idea so much of Pompeii had been recovered - there is really beauty as well as eroticism, and then there is the shock of finding bodies. I do agree with Frank that archaeology should evoke emotion, not just be dry and academic. The destruction of a whole city is surely emotional, and indeed evokes a variety of emotions. Thank you for sharing

This is a very brief run through to understanding the main reasons for the Wa... 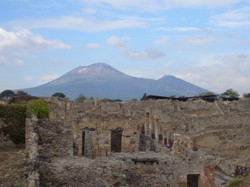 As a follow up to the Peterloo article from last month, I was asked to do a piece on exactly who Henry Hunt was and what his background and importance was. Here are a few points
65%  8   6 Veronica
Middle Ages 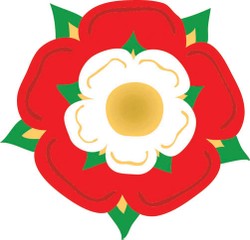 This is a very brief run through to understanding the main reasons for the Wars of the Roses ( approx 1455 to 1487 ) and the main characters involved.
Loading ...
Error!