Prague is The Capital of What ???

A short historical timeline about which countries was or is Prague the capital of and from when to when.

You might be surprised to learn that Prague (or Praha, as it is known in Czech) is not only currently the capital of the Czech Republic, but was also, in the past, the capital of several other countries and regions. I have put here a little time line together, to help you to get your head around this fascinating bit of European history ;-)

I have, and read, them all, this one is the best! Click image to read a sample chapter - or two!

The area was inhabited already in paleolithic times, you can't really speak of a capital in that case, but I thought I mention it any way ;-) The first time Prague could be considered something similar to a capital was back in 200BC, when Celtic tribes founded Zavist (in the south of Prague). During the tribal migrations this area experienced quite a bit of change, to say the least, and finally, the Premyslid dynasty settled in this area, founding Prague properly, starting with their fortress in Vysehrad.

Fast forward and from around 800AD onwards, we have proof of a 'proper' settlement in what is now Prague. First a wooden oppidum and then a stone building below what is now Prague castle. Whilst Vysehrad (the old Premyslid fortress) seems to be older, it is actually a few years younger than Prague castle. Soon Prague became the seat of the reigning dukes of Bohemia, which then developed to be the kings of Bohemia. And in 965 Prague was also elevated to being a bishopric, meaning it become the seat of the bishop of the Roman-Catholic Church. In that time this went along with a considerable amount of military power and land ownership. So yes, now we can speak of Prague as the capital of the Czech Lands or Lands of the Bohemian Crown.

Map of the Czech Republic like it is now

And then Charles the IV came along, that should be actually written in CAPITAL letters as in CHARLES IV, the Holy Roman Emperor, (not to be confused with Carlo Magno, that was another important guy, that lived some centuries earlier ;-) ) This Charles IV was important for the development of Prague and responsible for its inclusion in the rows of famous European capitals. He was not only the King of Bohemia, but also the Count of Luxembourg, a tiny little country in Europe, that would gain increasingly importance over the next centuries. Charles IV was born in Prague in May 1316 and he died, also in Prague, November 1378. His name was originally Wenceslaus (Václav), but he changed that one later, in honor of his uncle, Charles IV of France. His parents were John the Blind (yes he was literally blind, that is not a figure of speech) and Elisabeth of Bohemia, a princess of the Přemyslid dynasty already mentioned. But he was not only King of Bohemia and Duke of Luxembourg, he gave that one later to one of his brothers. Charles IV soon acquired more titles and powers, such as King of the Romans and subsequently Holy Roman Emperor. He also added parts of upper Palatinate and Lower Lusatia and many other bits and pieces of land he had bought, married into or otherwise acquired to his possessions. During his reign (from 1346-78) Prague became one of his 'imperial cities' and his main place of residence and capital, making Prague the capital of the Holy Roman Empire. Bohemia, and Prague, had escaped the Black Death (the plague) and Charles made every effort to make it the capital, not only of his empire, but of whole Central Europe. A few things that he accomplished are the rebuilding and enhancement of Nove Mesto (New Town), the foundation of Univerzita Karlova (Charles University, the first central European university and still in existence), the construction of Charles Bridge (Karluv Most, replacing the older, wooden Judith Bridge), parts of St.Vitus Cathedral and Prague Castle, plus many more projects in the Bohemian countryside. In 1378, after dividing his lands between his three sons, he died at Prague and was buried in St.Vitus Cathedral. The original burial chamber was recently (2005) discovered before the main altar, but since the 19th century his remains rest in the Royal Crypt together with those of other Bohemian rulers. Historians call the time of his reign the 'Golden Age of Prague'. Darker times were soon to follow. But first came Rudolf ;-) Actually there were quite a few kings and emperors between them, but as this article is about Prague as a capital, I do another 'fast forward' ;-) Holy Roman Emperor Rudolf II, of the Habsburg dynasty, became King of Bohemia in 1576 and chose Prague as his capital. Similar to Charles IV, he was a big supporter of the arts, but also a big supporter of --- alchemists. Shortly after his death in 1612, the Thirty Years (1618-48) war started and without boring you with to much historical detail, resulted in the Peace of Westphalia, which scattered Europe, especially Germany, in many small principalities in order to limit the power of the Holy Roman Emperor. For Prague this meant that it lost its status of being the capital of the empire and became, once again, only the capital of the Kingdom of Bohemia, now considerably reduced in size and influence. Reigned by the House of Habsburg, which still meant that the King of Bohemia was at the same time the Holy Roman Emperor (of German Nation, from the 16th century onwards), Prague became just one of the cities in the huge Habsburg empire that developed later into the Austrian-Hungarian Empire under Francis II / Franz II who dissolved this empire in 1806, but had already created the title of Emperor of Austria, for himself and his successors, in 1804.

1848 saw the first European revolutions, and, shortly after, the emerging of the Czech nationalist movement. As WWI ended with the defeat, and largely the dissolution, of the Austrian-Hungarian empire, a new, artificial, state was created, Czechoslovakia. And Prague became now the capital of Czechoslovakia. But there was only a short time for peace, 'the war that ended all wars' was soon followed by WWII. In 1939 German troops entered Prague, and Hitler proclaimed Czechoslovakia as the 'German Protectorate of Bohemia and Moravia'. Slovakia separated itself from the Czech lands, threatened heavily by Germany to do so. Prague was now the capital of the 'Reichsprotektorat Boehmen and Maehren' (German Protectorate of Bohemia and Moravia). The end of WWII (1945) saw the reunification of Czechoslovakia and Prague became, again, the capital of it, under two, different, but similar names:

In 1989 the Velvet Revolution took place, abolishing the communist rule and restoring democracy in the country. Prague was now the capital of 'Czechoslovak Federative Republic', followed by the capital of 'Czecho-Slovak Federative Republic', 'Czech and Slovak Federative Republic (abbr. ČSFR), 'Československo' and 'Česko-Slovensko'. For this bit of linguistic history, I recommend reading this Wikipedia article, called 'The Hyphen War' ;-) In 1993, after the splitting of Czechoslovakia into two separate countries, nicknamed the 'Velvet Divorce', Prague became the capital city of the new Czech Republic, named simply Czech Republic or, in its original language Ceska republika. So you see, over the last 'few' years Prague has been the capital of a variety of countries, regions and empires and has always played a significant role in European history. And last, but not least a bit of fun facts ;-) Here some name sakes of Prague in other parts of the world:

I am sure you know now more about Prague as a capital, then you ever wanted to know. I told you, you are getting more than you bargained for, reading this article ;-)

Common mistakes, misconceptions and misspellings about Prague as a capital include:

More Info about the Czech Republic

... these are the two books we use when adventuring into the Czech countryside! Click the image to read a sample chapter - or two!

Where is Prague on the Map
A quick overview about Prague's geographical location, map included. Learn where the original Prague is on the map ;-)

Cheap Hotels in Prague City Center
Finding a cheap hotel in the center of Prague can be a bit of a challenge, depending on the time of year you come. The following tips will help you to get the best value for your m
Updated: 11/07/2012, Sam
Thank you! Would you like to post a comment now?
5

I love the article's title because that's just how I felt about Prague. When they made that movie "The Devil Wears Prada", that just poured smoke on a cloud. You cleared everything up though. I'm sharing this on my "Places I'd Like to Go" (on unofficial non-diplomatic non-government business vacations) Pinterest board. :)

There you go, always something new to learn on Wizzley ;-) SY

Nice article! I didn't know Charles IV had as uncle King Charles IV of France! There were also some other interesting bits I learned, so thank you for this! :-)

Finding a cheap hotel in the center of Prague can be a bit of a challenge, de...

Who is the weather now in Praha (Prague, Czech Republic) and what is the best... 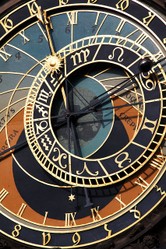 Finding a cheap hotel in the center of Prague can be a bit of a challenge, depending on the time of year you come. The following tips will help you to get the best value for your m
19%  2   2 Sam
Czech Republic 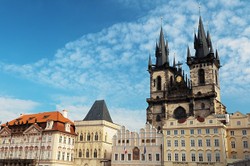 Who is the weather now in Praha (Prague, Czech Republic) and what is the best time to travel to Prague?
Loading ...
Error!