Prayer can be mysterious when determining the prayer has been answered, and answers may not be immediate.

There is a debate among the of us who believe in prayer, and members of our modern society who have become totally secularized. It is not always possible to point definitively and say we have proof, for some answers are not what we perceive as the answer. Yet there are some cases where the answer is apparent. I have experienced two such cases. One is from years ago, and the other is now still occurring. Can either case convince others? Probably not, if they do not have a predisposition to being convinced.

Years ago, I accepted a position teaching at a university.  The position was to last seven years.  In the last year it was time to become concerned, for other prospects were hard to find.  I found out that a Catholic Mass was being celebrated on campus, and two days each week it coincided with time I was free.  So, I walked over to the Newman Center if the weather was favorable.  After several months, things seemed no better than before.

One day I was sitting in my office when one of the graduate students in mathematics came to the door.  I recognized him, but we had only passed each other until then.  He commented that he had heard I also had credentials in physics.  It turned out he had applied to, and been hired by, a community college.  He told me the same college needed someone in physics.  I applied and got the position.

The second case involves my having cancer.  Although it appeared to be past me after six years, it reappeared.  My wife activated what she calls her prayer warriors, a loosely formed group of friends on Facebook.

The medicine that I was given is not effective on all who take it, the results are close to half.  But it was effective on me.  Then, the studies indicate a thirty percent reduction over five and a half months to be considered a success.  I had a reduction from two centimeters to six millimeters in less than three months, enough to be called a statistical outlier.  Now, since no other tumors have revealed themselves, so I am past the first removal and approaching the second.  The second surgeon has indicated a lesser surgery will be needed than originally thought.

Wording of Items Below

Being Led by the Son,

Guided by the spirit,

The Three of Them Are One.

There are different forms of prayer.  We humans often resort to prayer of petition when a need is known.  But first we should attempt to improve our faults.   It seems God would be more receptive if we first attempt to lessen our sins.

We can ask for our needs, and have others also join with us.  This is reasonable.  In this perseverance is necessary.  There may be a time during which we have not had an immediate understanding to the answer, or even feel it might not be coming.  Faith allows us to persevere through this.  The needed position mentioned above took months in coming.

The More the Better

Do Not Become Greedy

Prayer is not like money.  If I have a certain amount of money, and wish to share a snack with a friend, we can each use half the value of the money.  But, once the money is gone, there is no more.

In an unusual case, I emailed a friend who has also had cancer in the past to let him know of my situation.  His response was that he was about to email me with a message of a recurrence of his cancer.  We have many friends in common, other faculty members.  He once taught at the same college that I still do.  As I told my friends at work of my condition, I was often told I would be kept in their prayers.  When I mentioned our mutual friend, I was told he too would be in their prayers.  Would the mentioning of our friend cost me prayers?  I reasoned the answer is no.  The way I see it, prayer is not money.  The same prayers can benefit several people, without being diminished for any of them.  In fact, spiritual charity seems to me to be a form of prayer, and not concealing others’ needs for fear of sharing could be spiritual charity and have a greater impact.  Unlike money that can be used up, God can respond in an even greater way.  I am not a theologian, so those who are can comment on this at the end of the article.

Unlike prayer of petition, the follow through is the responsibility of the person who received the benefit.  There must be a prayer of thanksgiving.  In the new testament the story of the ten lepers clearly indicates the one who returned praising God was the one acting as expected.  But this goes even further.  When the leper returned praising God, it seems he went on to the best form of prayer, prayer of adoration.  These can be combined, but clearly should not be delegated.

One thing your friends, both of you, should have is hope. New techniques are constantly being found, and we never really know God's plan for us. Prayer should not be the last resort, it should be the first recourse..

My friend, a kind and gentle gardener who had the allotment plot adjoining mine, was due to have an operation for cancer, but on the night that the operation was scheduled the Manchester Arena bombing took place [May 2017] His operation had to be cancelled to make way for the gravely wounded to be treated. It took many weeks for scheduled operations to be performed, but in those weeks the cancer spread further. It is now too late, but he has accepted his impending death, but I am praying for him as he passes on.

I believe in one God and we worship as is appropriate for us . I am blessed that my parents brought us up with a faith.

All images of God are inadequate to some extent.

Thanks for the addition. I do believe God is likely to favor those who, as some primitive people did, worship what they perceived as the source of all, such as the sun. Who is to say how God revealed Himself through the ages, and how this had been misunderstood by the people of old.

As for my hospital stay, I had cancer in two locations, and this second removal we hope is the end of it. It came back after the original cancer was removed six and a half years ago, but then there was only one location. I just had two surgeries less than a month apart, and feel fine. That was the reason for the article in the first place. Prayer does indeed work.

I hope that you are now well after your stay in hospital.

I believe that all sincere prayer, whatever the religion of the one who prays, rises to God. In the Chronicles of Narnia, the Last Battle, C.S.Lewis makes the point that all good acts, even those in the name of a false deity,are accepted by Aslan [Christ] whereas cruel acts, even in the true God's name,go the other way to the powers of evil.

You are right about Allah being the same as the Christian God. Islam worships the God of the prophets, the God of Abraham, as Jews and Christians do.We disagree with Muslims about the identity of Jesus, but Muslims still respect him as a great prophet.

This reminds me of an occasion when two Muslim students asked me which God I worshipped.

One answered, "But Allah is ours."

I responded, "No you are Allah's!"

They were thoughtful enough to accept my point that no one owns God and that all people of all religions are under him.

I was in the hospital for a few days, so I apologize for being late responding. To Frank's response I would add not only Christians, but the Jewish ans Muslim (if Allah is the same God of Abraham as I think could be the case) people pray to God, and many other religions including some Native American religions prayed to their gods. Indeed, even the ancients such as the Norse prayed before battle, as did Romans, Franks, and Greeks. Directing prayer to the Being one believes to be a deity is more universal spacial and in time than Christianity alone.

Each religion has its own theory of prayer. Christianity believes in God and so seeks to use prayer to channel divine power.I think that the prayer should not be understood as pressurising the deity to change his mind.Rather prayer involves harmonising your consciousness with the deity so that he can use you as a channel for his work in the world.

This is why I think that your statement that prayers are vibrations of thought contains much truth. Consciousness is coming to be seen as non-localised and extendable beyond its bodily locus. When we pray for others we hope that our consciousness will extend to them and be the channel for God's influence. The only way in which I disagree with you is that I don't believe that prayers are nothing but vibrations of thought, because as a Christian I believe that there is a God who acts in the world through prayer.

But I never pray for money and luxuries. I pray to be a better person, for guidance and wisdom, for the well being of others, to repent my sins, and to express love and gratitude to God.

Prayers can be 2 fold. One is asking for riches, luxuries and all the comfort in the world and another is well-being for others. Buddhist monks pray for all, in Pali it is called "Metta". When I learned Vipassana (a meditation technique used and taught by Buddha preserved in pristine form by a secluded chain of Burmese Monks), we were taught how to pray effectively, the content of the prayer and how to do it in an equanimous way. Such prayers make difference.

Prayers are nothing but vibes, they are vibrations of thoughts. Good thoughts are lighter ( the frequency is higher) so they travel long distances whereas bad thoughts and actions are gross and dense. Such thoughts can only harm others.

Prayers in grief may not be effective. When the mind is turbulent, it is not focused. An equanimous mind can offer better results. Prayers with equanimous and compassionate disposition will always be effective. 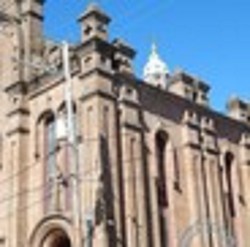 I’ve spent many years of my life searching for a spiritual group or religion that I could belong to. I’ve never really found it but it has been an interesting journey.
99%  9   8 VioletteRose
Spiritual Practices

In many places around the world, people avoid eating food during the time of solar and lunar eclipses.
Loading ...
Error!