The power of color red

The color red is the most powerful color of all. It has strong symbolic meanings. Being the color of blood it is certainly related to life and death.

Red is a very stimulative color. It energizes and it is associated with love, hate, and passion. According to legendary fashion designer Valentino Garavani there are really two colors worth mentioning: red and black (which is not a real color from the physics point of view).

So here are my Top 10 facts about color red!

1. Red is the color of sun, warmth, life. It calls for action and it has a provable effect on metabolism: it increases blood pressure and speeds up the pulse. Red has the longest wavelength in spectra which can be seen with human eye. If the wavelength is even longer, it can be sensed as a heat. In this case, it is called infrared. 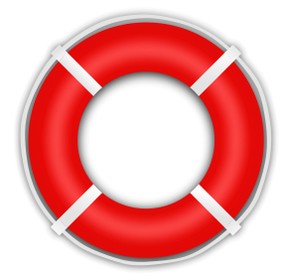 2. The color red is the color of passion, seduction, and lust. Ever heard about red light districts?

Redheads were considered very special through all known human history. Women with red heads are considered more passionate, have more intimate partners and are in general more popular among men. Many ladies who colored their hair red reported after that simple act their life really changed and became more similar to this stereotype!

There was even a research in Germany made in 2006 which proved redheads have more sex than brunettes or blondes, but this stands only for ladies. Men with red hair were never popular...

Don't mess with a redhead!

Helen of Troy, Mary Magdalene, Cleopatra, katiem2, and Aphrodite are only a few of famous redheads in history

Do you know that many painters loved to paint redheads to the level of obsession?

Here are a few examples:

3. The most emotionally intense color is red. This means red is also a color of love.

In many cultures, red dresses or accessories are associated with marriage. It is a color of bridal dresses in parts of India and it represents joy, a celebration of life and of course sexuality.

Blushed cheeks and red lips attract attention and red is considered as most provocative but also romantic of all colors.

Think about Valentine's... Flowers, candy, cards... All red, or pink, what is really light and more gentle shade of red, right?

It is beautiful but beware of the thorns

4. Red is extremely noticeable and thus very popular for logotypes. It is not a coincidence to find it as dominating color in so competitive and powerful brands as Coca-Cola or Marlboro.

Now think about their main competitors! A lot of red, right?

Color red doesn't only make you excited. It triggers hunger as well and it is very hard to find a food-oriented brand (to be honest Coca-Cola and Marlboro are power players in this industry too) without red in its logotype. Red is widely used as a food additive and it is almost a must in restaurants.

And talking about competition, we should not forget sports teams. You can find a lot of red here too! 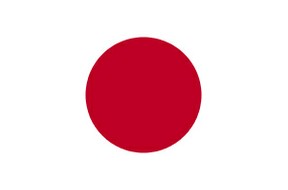 5. Want to make a statement? Red is the most popular color on flags. 148 of 192 independent countries have red in their flag (white only 140). If we mix all flags together, red will again occupy the broadest area: more than 30 percent (blue being second in this category with only 21 percent).

Source of this statistics: http://www.crwflags.com/fotw/flags/xf-csts.html

6. When we see the color red, we know we have to be prepared for action. This is the color or war and all sorts of danger. On traffic signs, red is used for stop or prohibition. Beware!

There is a very simple reason why is red used on semaphores: because of its wavelength red light is seen from the longest distance and this can be very important if weather conditions (e.g. fog) are not ideal.

7. The color red is used to emphasize something. If we want to send an important message, we can surround the most crucial points with red color to draw special attention of the reader to them.

Making closing balance of certain business is also a very important task. Operating loss is usually colored red. For the situation when expenses exceed the income is usually said to be in red numbers.

Red in nature is reserved for special creatures

Ladybug is saying: I am not tasty and I am also slightly poisonous!

8. Red is the color of maturity and with maturity comes responsibility. We can clearly see this in fairy tales. Thinking of red we can't miss Little Red Riding Hood.

Girl's red hood symbolizes life energy and can be easily associated with menstrual blood, in many cultures closely related to magic powers, what is not far from the truth.

Menstruation comes with the ability to become a parent and this fairy tale tells as she is really not ready for this responsibility until she learns some important life lessons.

This is not the only example of the symbolic meaning of red color. Red shoes, less known fairy tale by Hans Christian Andersen, is also telling about (our) responsibility and price which has to be payed to earn a position in society.

And not forget about the poisoned apple for another immature girl: Snow White. The fatal half was not red by coincidence.

The red color of fruit tells us (well, it really screams): I am ripe, I am ready to spread my genes, eat me!

This is the reason for the red color of cardinals' hats in the Catholic Church: they are the most mature men in the organization, so they and nobody else can elect a new Pope!

Why is red carpet red?

9. Nobody knows for sure, but it looks custom of putting red carpet in front of important guests originated in India, although there is also very old mentioning of the red carpet in the Greek tragedy of Agamemnon (where we found out this color is reserved only for gods).

The red color is the traditional color of power and was in many environments meant for nobility only. In last decades we don't think about kings and queens so often, but the need for red carpet persists. Now it can be found at all sorts of gala events and is intended for movie stars, rock' n' roll kings and other celebrities.

The color of power

Can we have Oscars without red carpet?

10. Red is associated with anger, hatred, revenge, and aggression. It is a color of revolution and changes. Changes are not always for better but we all live in the world where we can't escape them.

This is only one of many reasons red is and will be the most complex and controversial color of all!

Do you know we have dozens of names for red

What do you feel about color red?

It certainly isn't appropriate for every situation. In negotiations where you are looking for cooperation and compromise, red is strictly forbidden from psychological point of view. It is a color of of aggression after all. Thanks for stopping by, VioletRose.

I love red roses, red gemstones and red dresses, but I do not like it in everything. Sometimes this color makes me feel scared.

I love the brightness and the alertness of red though. A wedding dress in crimson is outstanding.

You are right, WriterArtist. It is color of alert and danger. This is why traffic signs use red so often.

I am not sure but I think red is also the colour of danger. I have seen red signs as symbols for "Danger Ahead" on roads. Interesting article on the colour, I adore this shade and have many dresses in crimson.

Thanks, davestone13, this is great trick. I suppose Santa already knows this;)

Let me add to that. Red is also joyful and inviting in the right context. I've found, when working in arts and crafts fairs, that red is the most effective color for getting passersby to wander in and look further. I try to keep a splash of red somewhere on me, especially in the winter markets when a red scarf catches attention.

Not surprising, it's a color of really fast cars after all:)

Thanks, I've seen this trilogy too (more than once) and it is really great watch. Thanks for your comment. 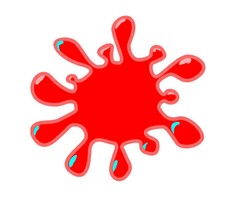 Jakob and Wilhelm Grimm wrote most popular collection of fairy tales of all times. They also helped to set some of most important values for all humankind.
100%  21   9 Tolovaj
Other Celebrities