Let Southern charm inspire that novel you've always wanted to write. Retire to the home of Faulkner and Grisham.

If there's a novel inside of you that you've wanted to write your whole life, then don't put it off any longer. Once you reach retirement age, it really is now or never. A literary retirement means that you finally have the time to immerse yourself in the books you love. Not only can you read, you can write a book, you can discuss books with those around you. You can meets lots of established authors. To do that you have to be in a community that has a literary tradition.

Oxford, Mississippi is certainly that place. Writers and readers flock there to pay homage to William Faulkner, but the literary inspiration is not just in the past. Square Books leads the literary scene today. Publishers Weekly recently crowned it Bookstore of the Year. John Grisham thinks of it as his local bookstore. They have over 150 events a year.

You can hobnob with other writers and publishers at one of the many writers conferences held in Oxford. The University of Mississippi hosts the Faulkner & Yoknapatawpha Conference every July. If you're a playwright, you can enter the 10 Minute Play Contest.

Publishers Weekly Named it Bookstore of the Year in 2013

Imagine being retired and having time to go! 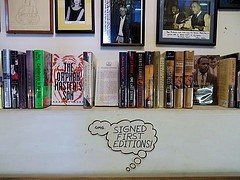 When people are looking for things to do in Oxford, MS, they should always check out the events at Square Books. They host over 150 each year. Many of their author appear regularly on the New York Times bestseller list.

Take a Tour of the Bookstore

Oxford Conference for the Book 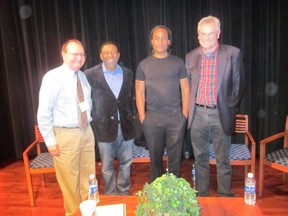 Every year for the past 22 years the Oxford Conference for the Book has brought together people who write books, write newspaper articles or poetry to spend three days talking about books. In 2015, you should plan on being in Oxford, Mississippi on the weekend of March 25th.

Novice writers will hear veteran authors, editors, publishers, and academics discuss the craft of writing and it's relevancy in today's society. The writers shown here were speaking at the 2012 conference about writing black freedom movements.

Sponsored by the University of Mississippi 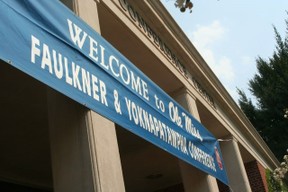 For five days every July, Faulkner fans and educators meet at the University of Mississippi in Oxford to discuss Faulkner, his work and how best to teach him.

Yoknapatawpha is the name of the fictional county that Faulkner created. It was inspired by Lafayette County and Oxford which is the county seat. It is the setting for almost all of his books.

According to Faulkner it is Chickasaw for water flows slow through flat land.

Every Faulkner fan will treasure these 1961 photographs. It shows the early Oxford that inspired Faulkner's settings and characters.

More Things to Do in Oxford, Mississippi

Oxford, Mississippi is an upscale college town anchored by the University of Mississippi. It is often referred to as the Athens of the South. Not only does it have one of the best Indie Bookstores in the United States, it has many theatrical, music, dance, and film venues to create a rich artistic environment.

Emerging authors can actively participate in these or show support by attending performances. Either way their creative juices will be flowing when they do.

There are wonderful restaurants in Oxford, MS that showcase southern cooking. City Grocery may be the best known, but there are many others that are fabulous places to go after hearing an author speak or seeing a play. 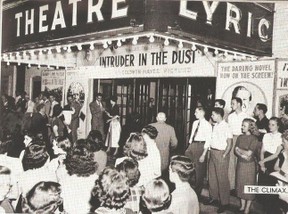 In 1949, William Faulkner walked from his home to the Lyric Oxford to see the world premier of Intruder in the Dust, an MGM adaptation of one of his books. The structure had originally been owned by his family and used as a stable.

During the 1970s, the movie theater became a vacant structure. It was resurrected in 2008 and is now a venue for live performances

Wedding planners have also discovered it. They love it's rich history and funky interior spaces. 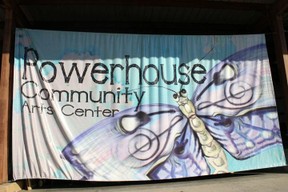 Creativity fosters creativity. So if you're working on developing your writing, you might want to get involved in community theater. There's so much more to it than acting. There are many ways to contribute and to enjoy the fun of putting on a show.

In Oxford, MS, the University of Mississippi and Yoknapatawpha Arts Council both play an active role in community theater. The arts council is housed in a wonderful 1928 powerhouse and is sometimes referred to as the Powerhouse Community Arts Center.

The Ole Miss Theater Department has 13 full-time professors and usually has about 140 students majoring in theater. They produce a full season of plays. In addition to the Department productions, there are two student run theatrical groups, Ghostlight Repertory and Ole Miss Student Dance.

Younger students can participate in the Oxford High Theater. They can take classes at the Oxford Acting Studio. Participation is not limited to children.

The Theatre Oxford Community Theater welcomes actors of all ages and backgrounds. They put on a variety of plays so that everyone will find something to enjoy. Yes, Virginia There is a Santa Claus was produced in December 2012, while Who's Afraid of Virginia Woolf made the stage in August 2013.

Cine Persona is the newest community theater group in Oxford and perhaps the most experimental. It combines film and theater. The productions are created by Cine Persona's members who write, film, edit and act.

Every year for the past 15 years the Theatre Oxford has held the 10-Minute Play Contest. To be eligible, the play must be original and never produced anywhere. It must be 10 pages or less. It may have between two to four characters and should require minimal staging and props.

You don't have to live in Oxford, MS to compete. I checked out the 2014 winners. They live in California, North Carolina and Illinois. However, if you do live in Oxford, it would be fun to attend this event. Perhaps you'll discover the next Edward Albee. 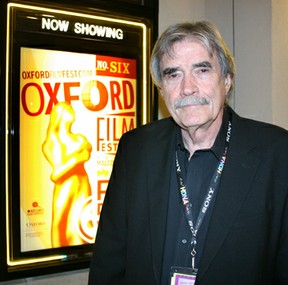 Since 2003 Oxford, MS has been one of the best places to see Indie films. Its four-day film festival features both long and short pieces. Some are showcased and others compete against each other.

Local actor Johnny McPhail is shown standing in front of the Oxford Film Festival poster. In 2009, he starred in three of the movies shown there. 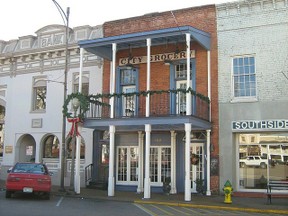 Even the most ardent book lover needs to take a break for food. In Oxford, City Grocery is the place for a special meal. Award-winning Chef John Currence has operated the restaurant since 1992. He was given the James Beard Best Southern Chef award in 2009.

Diners rave about the southern dishes such as Shrimp and Grits. Pan fried trout and a fresh salad with spicy cornbread muffins will deliciously fill your stomach.

It's just a short walk form Square Books. Make a book signing and and dinner a night of it. Discuss Faulkner, Grisham over a meal and bottle of wine. Everyone's retirement should be this engaging.

I've never been to MIssissippi, but, if I ever get the opportunity, Oxford will probably be on the list. I'm not planning to retire anytime soon though. :)

Writer Artist that would be my dream too. I don't know if it's possible for me.

Would love this kind of retirement life. Free from tension and time to write.

The Gatherings at Wellington, an over-55 retirement community, contains 81 co...

Enjoy breathtaking Autumn landscapes, easy treks to Boston, Worcester or Providence and the tranquility of living in a luxurious over-55 retirement coummunity.
36%  1   5 Nelda_Hoxie
Retirement Communities The Gatherings at Wellington, an over-55 retirement community, contains 81 condominiums in three buildings. Prices start in the low-$200,000s.
Loading ...
Error!