Francis Pryor has produced a work that you simply cannot put down.

Some books fascinate or excite readers from beginning to end, and this book is one of them. Francis Pryor, retired director of the Flag Fen archaeological site and an author of well-respected books on the prehistory of Britain has written what I consider to be his best work. Pryor is a student of the life of the common people,the ordinary folk, so his archaeological work is part of the wider movement for social history, that challenges the narratives of power that have dominated historical writings over the years. In Home the archaeologist reveals his studies of the domestic life of Ancient Britain, challenging top down narratives of change and progress.

Picture of the Howick coastline,near where Britain's oldest mesolithic dwelling was sited. Picture courtesy of drhfoto

Bottom-up and top down narratives.

I recall once watching a television programme when Francis Pryor was explaining his work, "What the aristocrats had for breakfast I leave to Starkey [the royalist historian of the British establishment] I am interested in the ordinary people" he says. Yes! My heart and mind resonated in concurrence. Similarly, in the Introduction to Home, Pryor states his view that the Victorian period is named after a person who spent her life doing very little, and that it would be more aptly named the Navvian, after the navvies, many of them Irish, who constructed Britain, and who worked enormously hard. Again,I concur.

Pryor rejects top-down narratives. In these narratives history is believed to be created by elites. Thus he is uninterested in the behaviour of kings and the ruling class, and points out that a royal visit to a small town might make a mention in the history books, but changes nothing. Similarly he  rejects the view that social change is always created by elites handing down decisions from the top, delivering the fruits of their superior wisdom to grateful, but dumb peasantry. This top-down view he associates with the now discredited "march of mankind model" which saw history as a linear progression driven by elite individuals, classes and races who drive the rest forward, if they can, dispensing with those who cannot make progress, often humanely but not always. In the top down model only the lives of elites are worth recording, the rest are the anonymous chaff of history.

Pryor supports the view that left to themselves ordinary people acting as groups and families have been responsible for much social progress as the human race has been driven forward. This view is  termed bottom up explanation. It is interested in aspects of history and prehistory completely opposite to the top down view. Pryor is in this book using archaeology to study home life in prehistory. His is a view that is more fair to women than the top down view,for as we know elites have tended to be male, and in their history women are seen as being of secondary importance, rather like ornaments or hangers on, but in Pryor's attitude to history, which studies ordinary life, women and ordinary men are the main subject, and are seen as the engine of change throughout history,making decisions and working collectively towards their goals. In the top down view the ordinary people do not account, they are cannon and industry fodder, but in the the view from below,their feelings and concerns are the stuff of life itself and really matter. For these perspectives alone the book is worth reading.

But you also find that the author  reveals something of his own personality in Home, speaking of personal  experiences. He  is particularly keen to give proper credit to his wife,Maisie Taylor, an archaeological boffin in her own right, an expert in ancient wood. Whereas for some men the woman is an anonymous dishwasher and cook, whose career is an added and unwanted extra, Pryor celebrates his wife and gives her credit. Maisie has appeared on television much less than Francis has, but we suspect that is by her choice.

The Importance of Family

Pryor's originality comes in his attempt to recreate family life and to see the family not  just as an incidental auxiliary to the tides of history, but as one of the great engines of social activity. This is a fundamental improvement on top down strategies, as once we talk family we speak of both men and women, so this perspective is fundamentally women friendly. Pryor likes to speculate on gender fluidity in the Mesolithic, arguing that gender boundaries were probably not as rigid as they were in the Victorian period,where gender rigidity reached its zenith. Pryor is probably right, but I suggest that he overdoes it a little, and he might be making the mistake of reading modern preferences and attitudes into ancient periods, but this is not a mistake he makes very often and it does not mar the credibility of the book.

The focus on family makes him pay attention to houses and food production. He begins with the Howick house, Britain's oldest known dwelling, whose remains,mere  traces that is, are dated to about 8000 B.C. Pryor, who in retirement has developed his role as a farmer and thus maintains buildings, can bring his practical knowledge to the analysis.While many academics with no practical experience have thought the house an occasionally occupied hunting site, Pryor observes that buildings left alone soon decay and are full of animal remains.He notes that this house was dwelt in for centuries and displays no trace of wild animal presence, and for this reason he challenges the narrative that regards our Mesolithic ancestors as essentially nomads.

The book takes an interest in farming and the social systems that support it, covering land ownership and boundary conservation. His bottom up philosophy leads him to speculate on the nature of the social networks that maintained the farming system, and rather than  regard it as supported by elites he sees it as  essentially produced by people interacting with each other.

His thinking on Starr Carr, Britain's quintessential Mesolithic site, makes fascinating reading, and you feel that you are stepping with him into the lives of our distant ancestors. We share in his archaeological delight when he recounts how Maisie identified the first wooden digging implement ever found in Britain,preserved in the Yorkshire peat at Starr Carr. Behind the quality of this work lies the simple truth, that enthusiasm is infectious, and Francis Pryor has it in abundance.

There is an excellent section on his own thirty year involvement in the Flag Fen excavation,  in which  he takes you into the difficulties, anxieties and excitement of the archaeologist's world. One incident that stands out was when an amateur, a metal detectorist, asked what Francis would like him to find,to be told "A sword." You can guess what the detectorist found.

The book is a sustained analysis of domestic life in Britain from the Mesolithic age, when humans returned to the island after the Ice Age, up to an epilogue which discusses post-Roman Britain. But it is done in a readable style, which does not compromise academic integrity. Home is informative  all the way throughout and is the product of a pleasant personality justifiably popular in Britain. This is a work that I commend to you in the confidence that you will enjoy reading it and be well  stimulated by its informative contents.

You are almost certainly right on the matter of monarchy. However, I think that it slowly evolved as some men grasped power and held onto it for themselves and their families. Yet different monarchical systems evolved with different systems of inheritance. In the British Isles we had the Pictish system of matrilineal inheritance [which I think also operated in Ireland for some time [s this is the best way to explain the dominance of Queen Maeve shown in the Tain Bo Culnaigh story.] There was the Gaelic system that involved choosing from the best member of a ruling family, and the present system of primogeniture, which was kept by Saxons and most Britons. Monarchy arises out of war, as we see in the First Book of Samuel in the Bible with the story of Saul's elevation to kingship, at a time when fighting the Philistines was the main issue for Israel.

When going back so far as 8000 B. C. I would be surprised if the idea of monarchy had even been thought of, although barbarian rulers were the biggest bully of the bunch, and they probably had bullies. But perhaps people were so scattered there was no group to reign over. Maybe every man was a family man.

DNA was not recovered, for it is likely that that the people there excarnated their dead, which involves leaving them to be eaten by birds and wild creatures. This was practised in parts of Britain. However, the geneticist Openheimer argued that East Britain was originally populated at the end of the Ice Age by immigrants from Denmark and Eastern Europe, who had crossed the then dry North Sea, so they may have looked quite fair skinned, as the Danes are.

frankbeswick, Thank you! Common to elite interactions can be so informative, particularly when people nowadays ponder what is and is not enduring -- technology apart -- about people getting together in nuclear families, extended networks, and ethnicities.
Do you know if DNA has been retrieved from Howick House and Star Carr? What are the suggestions as to how the various populations got there and what they looked like?

A pertinent question. There are styles of relationship into which humans tend to fall by default. Despite the fact that gender is fluid and people are not always strictly masculine and feminine, masculine and feminine are the two poles on the spectrum of human personality, and they seem to be rooted in the two physical genders, so I expect that while changes will occur, much will remain the same. I see relationships between male and female and the resulting offspring remaining the same into the indefinite future.

While we talk of the modern family, the word modern is I think not apt, for it wrongly implies some sense of progress in relationships over and against the past. Not all that is modern is good, and changes may need to be made in modern practices. Certainly, the shattered state of many modern families hit by divorce is no advert for modernity.

Looks like an interesting read, especially for people who want to compare family life in the past with families at present. Do you think a modern family, with much more loosening boundaries, can survive as a family in the traditional meaning of the word, or we should expect a new form (or forms) of connections between both genders and all generations in the future? 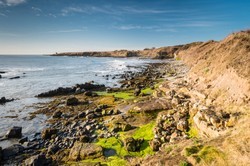 Alexander the Great was not a prophet. But he does hold a place in history as being one of the most exceptional political and military leaders.
63%  7   6 DavidPaulWagner
Ancient Era

Ancient Rome was a republic and then an empire that existed for almost a thousand years. Today's world has inherited a wonderful heritage from ancient Rome.
Loading ...
Error!