The Walking Dead is one of the most watched series in basic television cable history. Get the complete collection of the walking dead to catch up or review your favorites here.

The Walking Dead is based on the comic book series written by Robert Kirkman. Producers had no idea they were about to embark on the highly popular and most watched drama in basic cable history.

The series begins with a viral outbreak infecting population across the country. Those infected become zombies or otherwise known as biters, walkers or the walking dead. Rick Grimes, a cop, is the leading man who leads a group of family and friends through the unexpected ruin of the world around them, many zombie encounters and often attacks.

Why Season 6 of The Walking Dead Sucks

Has The Walking Dead Lost its Appeal?

I am among the biggest fans of the walking dead, I can't miss it and look forward to each new episode until season 6 that is.

Season 6 of TWD has gone off in the ditch, the characters are like zombies themselves as they are not in the beloved character each has built over the past 5 seasons. It is as if a stranger to the walking dead has become the shows new writer, a nephew to the owner who knows nothing about the show and cast of characters.

It is dragging, boring and I could care less if I watch or not. In fact I am annoyed the show has taken such a bad turn.

This writer believes the careful adherence to the comic book series "the walking dead" is not creative, imaginative or brave but instead stale, predictable and safe. Bottom line is this, the writers of season six suck, are lazy and without creative abilities unable to write an interesting and engaging story that flows with and stays true to the previous seasons.

Watch the video at the end of this page to see how it all began.

The most thrilling aspect of The Walking Dead series is the reality of the shows story plot and action scenes. They make it believable with zombies unlike any others seen before. The infected friends, family, bankers, doctors and store owners turned zombies are slower than the typical zombies with an obvious loss of brain function driven only by the need to feed.

If they don’t feed they become slower, weaker losing weight. This adds to the possibilities of a real life infection causing the dreaded fear of a zombie apocalypse.

The characters watch as family and friends turn. They attempt to save them only later to realize they must kill or be eaten by those they love.

The second season adds more challenges to the survivors as they learn survivors are the minority of those remaining.

The second season continues in an uncertain world in which Rick is constantly evolving his survival skills to protect his family and friends from the world they once knew now populated with zombies. The men team up to create a militant style group learning the best way to eliminate zombies while saving precious bullets.

The Greatest Thriller Ever

Entertainment Weekly called The Walking Dead the greatest thriller ever produced for television.

This season the women of the group learn to carry their own weight and defeat the walking dead as well. They know one bite from a biter and they too will become a zombie roaming aimlessly with only one need, to feed..

The intensity of the series heightens as Laurie learns she is pregnant.  She and Rick decide the best thing to do is eliminate the pregnancy but can’t do it. They proceed as Laurie’s tummy grows with the baby she will bring into a world of the walking dead, any of which would make a light snack of the baby.

Michonne and Her Pet Walkers

One of the most amazing survivors is Michonne

Michonne is a lone woman who becomes the fiercest of zombie fighters. She welds two huge swords one in each hand to either decapitate or lung through the foreheads of walkers, the two ways she learns to eliminate them once and for all.

The caped Michonne has two zombies on chains who she takes with her everywhere as if her prized dogs. Viewers wonder why she would keep zombies with her, were they family or friends she could not bear to part with?

It is later learned she keeps them with her to cover her scent and blend in keeping the other biters off her scent and disinterested in her more so than other healthy humans.

Season 7 of The Walking Dead Sucks

The Worst Walking Dead Ever

Season 7 of TWD has kept Daryl in a closet, in a pair of gross over sized sweats. He is grungy and fed dog food. Daryl is still a love and I adore him yet the story line is boring me to death. I have maintained my love of the show and fandom however I could care less if I tune in at all as the show proves to continue down this new path of writers burn out adhering to plagiarizing the comic. I could write this script better in my sleep.

Why it stinks, the characters are not reacting as they have in all the other 5 seasons when they were brave bad-asses who just got better and better at this zombie apocalypse.

Suddenly they are acting out of character, being stupid and making really bad decisions, something they would never EVER do regardless of living in Alexandria six weeks or six years.

Once again following the comic book they killed off Glen via a horrific head pounding of Abraham, two really stupid moves.

katiem2, Thank you for such an honest review and great product line, particularly the t-shirts. It always surprises me when film-makers stray from really beloved, memorable, popular segments in the stories they adapt since Millennials back up the traditional response that people tend to prefer the original book to any adaptation.

AnomalousArtist, You said it, I never in a million years thought the walking dead would be a show I'd give a second look and well as you said, addicted!

This show is such an unlikely hit and so very addicting! :)

The Walking Dead Zombie Apocalypse Week Marathon Begins Mon., Mar. 25
The Walking Dead fans are about to get one step closer to experiencing the zombie apocalypse first-hand: Next week AMC kicks off Zombie Apocalypse Week, airing each episode of The Walking Dead to date every night in primetime. It all begins Mon., Mar. 25 with the series premiere, "Days Gone Bye" at 8/7c. Throughout the week, episodes from Seasons 1 and 2 will air in order, followed by a Season 3 marathon on Sat., Mar. 30 at 8/7c that leads up to the Season 3 Finale, "Welcome to the Tombs" on Sun., Mar. 31 at 9/8c. Lock the doors, close the windows and stockpile your survival gear. Next week, AMC's Zombie Apocalypse hits home.

Miaden, I know right last nights episode was fantastic. Oh I hope The girls get the Governor ...and do it in his own torture chamber...

Oh, you were right. I became addicted. :) Watched whole season in one day, and now I am counting the days and hours to the next episode. :)
Thank you for this article!

Miaden, It is a great program and yes you will no doubt become addicted. :)K Great hearing from you.

I had in plan to start watching the Walking Dead, but lost it, somehow. :)
This article reminded me of that plan, and I promise, I will give it a try today. I am fan of the genre, so I am sure it won't take long before I get addicted to it. :)

Sundays episode was so intense, they've really taken the show to an even more thrilling level. I love the way to story line unfolded with Meryl and Daryl coming back to save Rick. The attack of the governor was unexpected to the degree and way it happened. Now Rick is mad as all get out and the group is forming a strong number of fierce fighters. I'm glad the old dude made it, whew that would have stunk if he got eaten or bitten again by a walker. So funny they drove a truck load of walkers into the prison, the governor has no idea what he's dealing with. I can't wait till Sunday to watch what happens next. The Walking Dead is the best show on TV period.

Ted, I'm counting down the hours, only 4 more till the new episode of The Walking Dead. I think Daryl is going to take his brother out tonight.... just saying I think one way or another this will be Meryls last episode...

Check out the five star makeup of makeup artist on Amazon. This is the perfec...

The Burial Cremation Scandal and Debate

Should I be buried or cremated? You may want to pre-arrange your funeral afte... 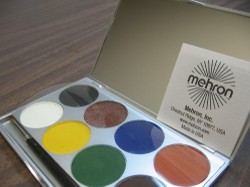 Check out the five star makeup of makeup artist on Amazon. This is the perfect makeup palette for drama, theater and the fun trendy stage makeup your artist loves to create.
100%  11   12 katiem2
Death & Dying 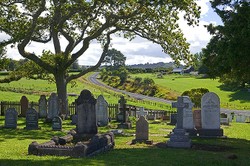 The Burial Cremation Scandal and Debate