Palm leaves were used for writing in many Asian countries and those writings from the ancient times are known as Palm Leaf Manuscripts.

A manuscript is a document written by hand. Palm tree leaves were used to create manuscripts in many ancient Asian countries, mostly in South Asia and South East Asia.
Dried and smoke treated leaves of Palmyra palm or Talipot palm were used for this purpose. Palm leaf manuscripts are thought to be originated in India and then spread to other South Asian countries Nepal and Sri Lanka. Later, people from South East Asian countries like Indonesia, Cambodia, Thailand, Philippines also started using palm leaves for writing. Other than writing, the leaves were also used to make mats, hats, baskets and umbrellas. 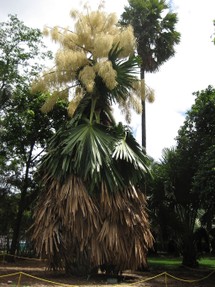 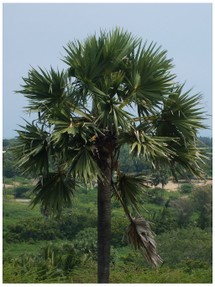 Palmyra palm or Borassus are tall palms which can grow up to 98 feet.The fruits of the trees can be eaten raw or cooked and stalks are used to make fences. It is the official tree of Tamil Nadu, a state in India. A kind of sugar called palm sugar is obtained from these palm trees which is used in Indian, Thai and Javanese cuisines.

Talipot palms are native to South India and Sri Lanka. They are tall trees reaching up to 82 feet height. They have the largest inflorescence of any plant and they flower only once when they are 30 to 80 years old. Other than writing, the leaves of these palm trees can be used for thatching. The sap of the tree is used to make palm wine.

The Fontanini Palmyra palm tree is a beautiful gift which can be used to decorate homes and offices. It is 7 inches tall and weighs 2 pounds.

Palm sugar is a healthy alternative to white sugar and due to its many health benefits it is very commonly used in South India as a natural sweetener. Palm sugar is very rich in essential vitamins, minerals and amino acids and it is also a rare plant source of vitamin B12.

In India palm leaf manuscripts are preserved by the National Manuscript Mission, Societies for Numismatic Studies and Institutions like Oriental Research Institutes.

There is an illustration available for Bhagavata Purana Palm Leaf Manuscript which will help you understand the scripts. Bhagavata Purana also known as Srimad Bhagavatam literally means Divine Eternal Tales of Supreme God and it is considered to be the most unique and important work in Indian Vedic literature.

Products That Show The Beauty Of Palm Trees

The lighted palm tree is pre-lit with 150 clear lights and can be used either indoor or outdoor. It can be used as a beautiful and unique Christmas tree or as a decoration for other holidays. It is a perfect holiday gift.

The cute candle holders can be gifted to friends or family or they can be used as an elegant table decoration in your home. They definitely add style to any dining table and will be great for parties.

The palm leaf decorations and individual serving trays are great for celebrations. They are ideal for tropical theme birthday parties, corporate parties, weddings and more.

An Abstract Of Palm Leaf In Wrapped Canvas Print

Frank, Thank you and it is interesting that I never thought about Quran being written on palm leaves. But now I checked in Wikipedia and it states that parts of Quran is believed to be written in date palms! I actually thought only papyrus leaves were used.

Thanks so much for stopping by, Ruth. I am glad you learnt about palm leaf manuscripts from this page! I love palm tree decorations, your holiday tree must have been really nice. Palms are so beautiful, especially the leaves.

It is likely that the earliest sources of the Qoran were written on palm leaves, probably from the date palm, and later collated when paper became available.

I had no idea that palm leaves were used for manuscript writing, thanks for my 'learned something new' today. I used a palm tree as my holiday tree for this past Christmas since I moved to a tropical location this past year.

Thank you for the comments!
Jo, I am glad that you liked the article and its good to hear that palm sugar is now available in local stores.
frankbeswick, that's really interesting! I think I should read more about this.

The palm tree has been immensely significant across the world. I was reading Global Forest, by Diana Beresford-Kroeger, and she came up with a startling fact. An explorer working his way through the Congolese jungle realized that the jungle is not primary forest, but secondary forest that had grown over the remains of vast palm oil plantations whose owners had probably been killed off by plague and war. No historian knew this.

I really enjoyed this article. I looked up palm sugar and our local health food store sticks it.
Thank you, Jo

Thank you all for your kind comments!

I love palm trees, they grow in abundance in tropical climate. I have two varieties right in my front yard. The leaves as amazing, they cool and the dates are delicious.

Useful and beautiful with surprising durability. Looks like a winning combination to me! 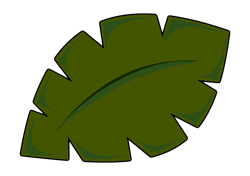 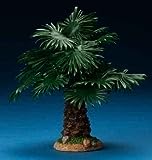 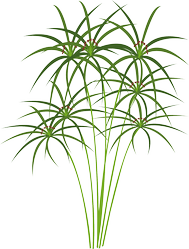 Read all about Caesalpenia Pulcherrima plant and flower varieties here. Learn useful information on these garden flowers, which are also known by the name Peacock flowers.
Loading ...
Error!