Select a forum garden with climbing plants. Climbing is necessary tethered to a support. Stem roses. Planting roses. Pruning roses. When is the right time to prune roses?

In jar with a wide neck alternately download leaflets rose petals, a watch that has not been sprayed with pesticides. On the leaves, add honey, rose and then again between it and repeat. Stir the mixture and to stand for 24 hours. When this will happen, it will become increasingly mass of liquid and rose petals will swim to the surface.

In Europe until the 18th century knew only one type of roses and rose through mnogocvetno. From China were later expanded roses whose characteristics were repeated flowering. The crucifixion was developed hybrids čajevke, only this were the predecessor of today's modern roses.

Roses climbers are conquering the trees, walls and abundant bloom on the tabernacles. Do you have a small garden, there is not much room for flowers - roses climbing solution. With its magical flowers can be coated every garden shed, every wall, hiding every little thing that interferes with your vision. Intersect each wire fence and close view of the garden.

Climbing is necessary tethered to a support

It is best if you do it with a natural binder. We take it as horizontal as possible. If you leave the shoots of growth in height is a profusion of flowers at the top, but if it shoots bend in a horizontal position, encourage the growth of lateral flower stems.

Stem roses are one of the most beautiful, because you can decorate your garden or terrace. Crown is full of flowers and a real decoration of the garden.Mandatory we have to give them the support that they do not flop in the wind too strong because of the heavy canopy. Support firmly placed in the ground and only up to the first trunk or branches of the crown. This type roses may be planted in the pots. In this case, we need to be watered more frequently because the soil in the pot dry out sooner. The best protection for stalk rose in winter is that it can be circumscribed by the network and the network gel with foliage. The network can be further wrapped with jute. On forgetting the roots of - even those we must protect, not to frost. Roses are planted in pots, it is best to transfer to a room that does not exceed 5 ° C.

Before planting, it is important to cut all the dead and tilt parts of roots and shoots, as it will run faster new roots and shoots will be stronger. Before planting seedlings are soaked in water from 12 to 24 hours, that the roots are sufficiently dry. Dig the planting hole and into the gel with a slight soil rich in nutrients.Roots nice Arrange the planting pit and seedling lavished. Roses for successful growth humozno need good soil. Do not planted them in too much sun exposed site along the wall, because the high temperature, the sun beats down on the wall can cause an attack of aphids and mites.

Pruning roses is an important task, since this will depend further beauty seedlings. On the Littoral cut roses already in the month of February, in some cases earlier due to the warmer climate. For pruning roses we must have sharp scissors orchard, the stronger the old branches even AGICO, especially for rejuvenation plezavk. Well, we must also protect yourself with gloves and heavy clothing.

When is the right time to prune roses?

The right time for pruning roses when it blooms forsitija, this is the middle of March. The incision is needed to design a plant in a suitable guest and rose bush appropriate forms, plant rejuvenate while allowing sufficient clearance and reduce the possibility of fungal diseases. In addition to the design gap between circumcision cut all the old and dead branches and infected shoots. Depriving the shoot buds growing on the outside. so the pruning also not good to anticipate and pruned when they are healthy and well-developed buds conspicuous. Roses bloom is on the shoots, which will be derived from this year's well-developed buds.

The more we rose crop will be more new shoots. In all roses so cut old shoots, because they will no longer flourished. Even the bad shoots must be cut, because the shoots that do not have a minimum thickness of a pencil obesity is not good. Cut off the middle of the bush and those shoots that are mutually touching and rubbing. Old sprouts cut clean to the ground. Cut out all savages - get to know them by color, such as the growth as they grow straight and have no buds.

Cut roses varies depending on the type of roses

Roses vzpenjalke cut usually just before planting, pruning later almost not necessary. čajevki cut off more than other roses. the tree roses cut more limited - we leave all the shoots growing from the ground, during the year we have a little clean. However, if the tree Rose does not have a lot of it stems cut off as low as possible because it will put down the new from the ground. Popenjavke that bloom repeatedly cut in the spring. Roses with old wood frame to bloom very bad. It is best that the old matrix of wood cut from the soil and will run strong shoot, which will be used for the new matrix timber. Cover Roses pruned low as possible.In the case of stem roses shoots during sleep shortened to one-third the length, preferably all the same to form a nice, semi-circular crown. Pruned inclined and so that the incision of about half an inch above the bud. We need to equalize the crown - if there is one place you cut too thick. In this type of roses we really have to pay attention to evenly and nicely trimmed crown. Stem shoots carefully cut with a knife. Remove the savages that grow from the earth. In povešavih roses but only just cut out the old shoots.

We must promptly remove savages that growing down from under the grafted sites, because these plants sampled food. Earth back and just cut off the root of savages and wrapped his land back.

Pests and diseases of roses

In the twisted sheets can be found usually green caterpillars - attacked by the moth rose painting, all these leaves are removed, the caterpillars break. Roses attacks also rose hips moth. Branches wilting and also young shoots. Branches where we see this nuisance after work wilted cut and burned.

Decoction of the leaves gabezovih for fertilizing roses

Decoction of the leaves gabezovih contains minerals and nitrogen and potassium compounds krepčajo roses.
To prepare gabezovega broth need to 1 kg of chopped fresh gabezovih leaves and 10 l of water.

Rose petal can be utilized

In jar with a wide neck alternately download leaflets rose petals, a watch that has not been sprayed with pesticides. On the leaves, add honey, rose and then again between it and repeat. Stir the mixture and to stand for 24 hours. When this will happen, it will become increasingly mass of liquid and rose petals will swim to the surface. Several times a day, please contact the jar upside down so the liquid with flowers mix. Thus, a glass of turn two to three days and is ready you can start to enjoy. Fluid can drain it or not, depending on your taste and preferences - leaves are in fact slightly bitter taste.

Many gardeners search for plants that produce true blue flowers. Here you wi... 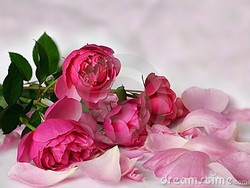 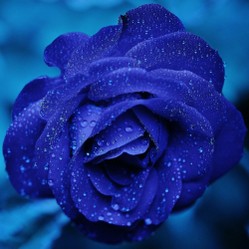 Many gardeners search for plants that produce true blue flowers. Here you will find some favorites.
Loading ...
Error!