The aquarium and fish in it

Beginner aquarist . Greater or lesser aquarium? Some additional information on the purchase of ornamental fish. Consolidated aquarium with "živorodkami". Aquarium with angelfish.

These fish also known as "Latka" (Carassius auratus). We strongly advise against colonization in a glass flask as in normal aquariums reach a height of 40 cm. They are more suitable aquarium, from 60 L up, although some sources trace that even such a significant volume of the tank is too small, because in such a small aquarium never reach the natural size. Inhabit them, together with representatives of the same type (pajčolanke, yellow, gold fish, black pajčolanke).

Have a home aquarium and fish in it is the desire of many, because look at the floating beauty soothes and each maintained aquarium decoration is also space in which it is placed. A beautiful aquarium is only if we subject and its inhabitant appropriate care. We must be aware that it will be necessary to allow as less stressful environment and biological balance in the aquarium. The living space we need to approach the fishermen as to the natural environment from which they derive a single species.

... Immediately at the first meeting of Tanks first flirts with the diversity of the underwater world, which is offered in well-stocked shops. When you are choosing your first aquarium, usually it wants to install as many different types of aquarium fish, followed, after a specified period of time, that his combination of desire does not end the way you changed gears when the fish grow and show your true character . Especially during the spawning season when fish show various signs of territoriality. Another problem that occurs in aquariums, aquarium water parameters are. Thus, the combination of angelfish and specimens also in an aquarium is not suitable, since they need Angelfish softer and acid reaction of water, while guppies harder and alkaline reaction.Therefore, we recommend buying several more representatives of the same type, rather than a mixture of different species of fish.

If you decide to buy an aquarium, consider the fact that it is suitable for the beginner aquarist bigger and not smaller aquarium, as is the common misconception. For better orientation, the first purchase of aquarium fish, I recommend that you choose a certain type of fish and then to combine this type of fish.

Some additional information on the purchase of ornamental fish

During živorodke example, include; platy - Xiphophorus maculatus, guppies - Poecilia reticulata and Meckel - Xiphophorus helleri. For živorodke is typically born to live young and are very productive.Female guppies can give birth to 200 juveniles. Guppy is also the most famous and popular of these groups ornamental fish, especially the color. After arranging a whole world of competition where the best choice of colored guppies and award prizes. Guppy is also one of the few representatives of ornamental fish, which can be found in the smaller, 20-liter aquarium, but in the aquarium with an appropriate temperature as it comes from the hot areas where the temperature is above 24 ° C. Cold and unheated aquariums are a common cause of death of these otherwise undemanding colorful aquarium fish.
Platy are an excellent company guppies, as they are peaceful fish, but you must in this case get closer to the aquarium, which has about 60 L capacity. You will surely enjoy the first "aspiring artists," if you will ensure that the fish is large enough, ventilated and heated aquarium with plenty of hiding places (where the fry will be resorted in the first days of life).Aquarium kits are perfect adapted for the cultivation of fish, as they contain all the basic beginner equipment (heater, air pump, .

Angelfish (Pterophyllum scalare) is a fish that is in the aquarium few people do not know. Its typical "flat" design and an elegant swimming among high-growing aquatic plants (eg. Valisnerijami, suličarkami), aquarists thrills for many years. It is quite undemanding fish that enjoys the most in the group of the same type. Offer angelfish is varied (Zebra angelfish, black angelfish, angelfish "marble" gold angelfish). Angelfish can cultivate in aquariums, for example. with neon, but the only way to settle it at the same time Angelfish (young specimens) and neon tetras. In an aquarium with large angelfish not inhabit neon, as they have since the beginning of Angelfish indicate their presence. During the spawning become Angelfish (a pair of angelfish) territorial and defend that part of the aquarium, where they spawn. From this perspective, it is important to give them as much as an aquarium, but certainly not less than 100 liters.

In the company of neon (Paracheirodon Innes) can be grown: fireflies - Hemigrammus erythrozonus, red neonko - Paracheirodon Axelrod. Tetra is most of the time staying in the upper third of the aquarium, it is appropriate in this aquarium the blue Rogatca - Ancistrus dolichopterus. This fish during the day hiding in the corners of the aquarium at night is very active, eating the algae that accumulate on the walls of the aquarium or decorative material. Perhaps in society neon settled yet kardinalke - Tanichtys albonubes, but it should be noted that they like slightly cooler water (22 ° C) than neon. All of these fish, other than blue Rogatca, inhabit in large groups, because these are schools of fish , which tend to be most evident and their color and characteristics.

These fish also known as "Latka" (Carassius auratus).We strongly advise against colonization in a glass flask as in normal aquariums reach a height of 40 cm.They are more suitable aquarium, from 60 L up, although some sources trace that even such a significant volume of the tank is too small, because in such a small aquarium never reach the natural size.Inhabit them, together with representatives of the same type (pajčolanke, yellow, gold fish, black pajčolanke). Very quick swim and are very active in larger aquariums, so do not kombinirajmo with other aquarium fish, especially not using water as the best feeling in the cold, unheated water.

In addition to the natural environment is a very important food. Varied menu is very important for a healthy and vibrant fish and their beautiful colors. Although we have only one type of aquarium fish require diverse food. On the market today is sufficiently large selection of food.Some fish need food of plant origin, this is a food flaked, while others are carnivores that feed on tubifeksi, water fleas ... It is wrong to even think that the fish are fed only once a day. Proper feeding fish learn to practice to, however, that fed 2-3 times a day but only in so far as they sing in a few minutes.

A Fast and Effortless Way to Clean your Fish Tank

After twenty years of caring for goldfish, I've just been so startled by an a...

All You Need to Know About Keeping Coolie Loaches

How to keep Coolie Loaches in your tropical fish tank. Learn how to care for ... 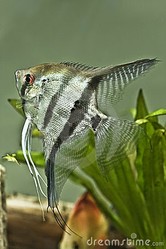 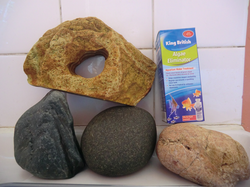 A Fast and Effortless Way to Clean your Fish Tank

After twenty years of caring for goldfish, I've just been so startled by an algae eating fish tank cleaner, that I'm rushing to Wizzley to rave about it.
46%  5   4 brettb
Fish Tanks and Aquariums 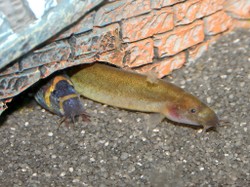 All You Need to Know About Keeping Coolie Loaches

How to keep Coolie Loaches in your tropical fish tank. Learn how to care for these very cute tropical fish.
Loading ...
Error!