A Beginners Guide to Rugby Union: Some rugby basics so you can start enjoying the great game. Did you know that the United States are the reigning Olympic gold medalists at rugby?

For most of you rugby is probably an exotic sport that you know nothing about except that it is played by big burly men in England and Australasia. Well it may surprise you to know that the game is played by over 4.5 million people internationally and its flagship tournament, the Rugby World Cup, has a global cumulative television audience of 4.2 billion. As of 2016 a version of rugby union it will be played at the Olympics.

A Beginners Guide to Rugby Union.

Rugby Basics to Get You Started

Did you know that the United States are the reigning Olympic gold medalists at rugby?

That’s right; the United States of America defeated France in the last gold medal final to be played at the Olympics in 1924.

Rugby Union is a fifteen-man, full contact sport first played in England in the early 1800’s. It is known for its brutality, especially compared to its padded counterpart American Football, and its complexity. Rugby Union is a global sport, with the Rugby World Cup being the fourth most watched sporting event in the world behind the FIFA World Cup, the Olympics and the Tour de France. The shortened version of rugby union, rugby sevens, will be played at the Summer Olympics from 2016.

Rugby games are played on a 100 metre by 70 metre field and played with an oval shaped ball. Every aspect of rugby, from the ruck, scrum, lineout and even the kick offs are vigorously contested by the players. Players move the ball forward by either carrying it or kicking it as the endeavor to score points either by carrying it over the line and touching it down or kicking it through the ‘H’ shaped goal posts with a drop kick or penalty. The ball can be passed from player to player, but only backwards. A ball or dropped forward or passed forward results in a scrum being awarded to the team. When the ball is kicked or run over the sideline, a line out occurs.

The Basics of Rugby Union

A few quick tips to help you understand rugby

Naturally there is a lot more to the game of rugby than these quick descriptions, it may seem like a complex game but rugby fans take pleasure in how multi faceted it is. The good news is that you don’t need to understand all the nuances to enjoy the game.

At the risk of adding confusion, there is actually more than one form of rugby. Rugby Union’s counterpart is called Rugby League and is played professionally in Australia, New Zealand, Britain and France. Rugby League is a less complex game, although rugby purists may argue that is a negative. League is played with 13 players on each side and is based on getting as far up the field as you can within five tackles and attempting to set up a scoring play.

Rugby League versus Rugby Union
The age old debate of rugby league versus rugby union. While to many rugby union and league newbies the games appear to be the same, there are quite a few differences! Rather than argue which sport is better, this lens will focus on what the differences between the sports are.

A Great Introduction to the Game

A shortened version of rugby union, rugby sevens, is the perfect entry for new fans of the game. It’s faster, more action packed and quicker. Best of all? Games are only 15 minutes long and an entire tournament can be played over a weekend. Sevens tournaments have become known for their festive, Mardi Gras type atmosphere in the stadiums, with most groups of fans dressing up and drinking throughout the tournament.

You can find more information about rugby sevens here or check out this wizzley article on the Hong Kong Rugby Sevens tournament.

If you want to know more about rugby, then the best thing you can do is start watching. You'll soon get hooked!

To increase your technical understanding of the game, you could pick up a couple of the books on the left, such as 'Rugby for Dummies'.

Also, I operate a rugby blog called RugbyFix where you can get more insight into the game and the latest news and opinions about tournaments around the world. Click here to check out RugbyFix

You can find an index of informative rugby topics here, which links to articles like the rugby lineout and scrum, and much more.

How would you rate your rugby understanding?

Fantasy Super Rugby
Fantasy Rugby is a great way to enhance the fun of Super Rugby. Buy, sell and strategize with your favourite Super Rugby rugby players and create your ultimate dream team.
Updated: 11/13/2012, Mike_W
Thank you! Would you like to post a comment now?
2

The Hong Kong Rugby Sevens is the crown jewel of the IRB Sevens World Series,...

Fantasy Rugby is a great way to enhance the fun of Super Rugby. Buy, sell and... 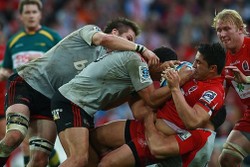 The Hong Kong Rugby Sevens is the crown jewel of the IRB Sevens World Series, renowned for its party atmosphere and audience members dressed in theme.
20%  0   3 Mike_W
Fantasy Rugby 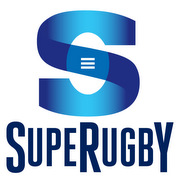 Fantasy Rugby is a great way to enhance the fun of Super Rugby. Buy, sell and strategize with your favourite Super Rugby rugby players and create your ultimate dream team.
Loading ...
Error!