An excellent movie about Formula 1 and life, one that I expect will stay in any Top 250 of Best Loved Films for quite a while.

I’ve been putting this off, but I keep thinking about Chris Hemworth’s and Daniel Brühl’s performance in Rush (2013), a Ron Howard movie about the 1970s rivalry between Formula 1 pilots James Hunt (English) and Nikki Lauda (Austrian).

The film is utterly absorbing from the very beginning until the end. And when it did end, I found myself hanging onto the seat for a couple of minutes, just like everybody else in the movie theater. It was a great experience. I’m willing to bet this will become as loved as The Shawshank Redemption, which I’ve seen several times by now, enjoying the quiet yet so powerful quality of the performances (Tim Robbins and Morgan Freeman). Rush is not that quiet. In fact, given the subject, it’s got quite a bit of speed in it. But this is not a movie (only) about racing. It’s a wonderful movie about life, a bit too explicit at times, but as powerful and inspiring as the best of Hollywood.

Hollywood at Its Best

It does have a feel of a blockbuster, but this is Ron Howard directing, so it’s not garishly so. Expect a touch of A Beautiful Mind, The Da Vinci Code, and Frost/Nixon in the frames, lighting, character shots, and theatrical pacing, allowing for dramatic moments to bloom and wonderful actors to take center stage, displaying their chops in long close-ups, sending the message of a scene home loud and clear and yet enveloped in some sort of old-fashioned magic.

You Have to See the Movie

I don’t want to give out many spoilers besides the obvious one involving James Hunt and Nikki Lauda on the racetrack, but rest assured, there are a few interesting developments in this movie. You never know quite what would happen during the races. Also, you never know what would happen in their lives. It’s a film about life that takes long, broad strokes to paint the picture, and yet it doesn’t seem simplistic -- even though the story line, in the end, appears simple. It’s not.

The actors are absolutely wonderful. I came out of the movie theater raving about them: Chris Hemsworth as James Hunt, Daniel Brühl as Nikki Lauda, and Alexandra Maria Lara as Marlene Lauda.

Chris Hemsworth, an Australian, was the lead in several Thor movies as well as the voice in Thor: God of Thunder, the video game, the Huntsman in Snow White and the Huntsman (2012), with Kristen Stewart as Snow White, George Kirk in Star Trek (2009), etc. I expect we’ll be seeing much more of him. His performance in Rush was truly memorable. He played with such panache – exactly what he needed to do to portray a character like James Hunt’s.

Ladies in Lavender (2004), with powerhouses Judi Dench and Maggie Smith and a charming Daniel Brühl

Daniel Brühl I remember from Good Bye Lenin! (2003) and Ladies in Lavender (2004), both really good movies. He’s also performed in Inglorious Basterds (2009), among the more well-known titles. I’ll look for him next time I see that movie.

In Rush, this trilingual actor (born Daniel César Martín Brühl González Domingo in Barcelona and raised in Cologne, Germany), son of German director Hanno Brühl, played the Austrian Nikki Lauda remarkably well. I said I wasn’t going to give spoilers, but let me just say he portrays the pilot with such convincing mannerisms and intensity, that you will be remembering this character for quite a while, the way you do Tarantino’s. An Oscar is surely in the works for him. What’s amazing is how great and different Daniel Brühl manages to become in his roles. This is one actor I’d like to see much more of, too.

Then there’s Alexandra Maria Lara, which I’ve heard lots about (partly because she’s Romanian: born in Bucharest and raised in Germany), and yet have only seen in one or two movies. I didn’t even recognize her in this film but duly noticed her performance as Marlene Lauda, Nikki’s wife. She’s really, truly good.

What a film! And there’s more to it than the superb (it’s not an overstatement) performances.

Hi Derdriu, thanks for your answer. I plan to watch it once it becomes public domain.

Mira, Tee hee! I've never seen the Andy Griffith Show! I've seen stills and some clips so that's how I know about Ron Howard as Opie. It's on my to-do list. Please let me know if you see any episodes; I value your input and outlook.

I haven't seen the Andy Griffith Show but certainly heard of it. I will check to see if it's available on Amazon. Have you seen it on TV? I see TV Guide once ranked it as 9th best TV show in US television history.

Mira, Little Opie on Andy Griffith certainly grew up to be quite a versatile director. Chris Hemsworth sometimes kind of reminds me of Brad Pitt. His self-introduction of "Hunt, James Hunt" in the hospital scene is reminiscent of "Bond, James Bond."

Thank you, Pam. You will enjoy it. It's such a good flick :)

Now I must see Rush. Thanks Mira for this enticing review.

Chris certainly looks awesome and the way you have described the story, I want to see "Rush". 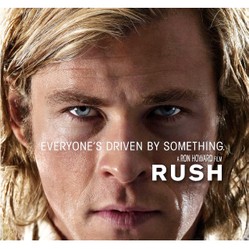 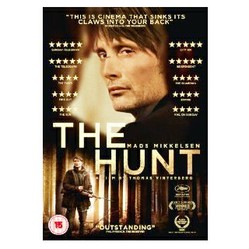 Directed by Thomas Vinterberg of Festen fame, with magnificent performances from Mads Mikkelsen, Thomas Bo Larsen, Annika Wedderkopp and others, The Hunt is an exceptional film.
84%  12   7 Mira
Necklaces