S.T.E.M. topics can be made more understandable if the right resources are used. Models are excellent resources.

Biology often requires looking inside a body, whether it is human or animal.  The way this is done in a classroom is with a model, which can show how various parts of the body fit together.  A model can show, in addition to bones and muscles, such things as veins and arteries, and even ligaments.

On a large scale are such things as volcanos and faults.  These are too large to bring into a classroom.  Even if one could, the interesting activity such as a volcanic eruption, or an earthquake moving material along a fault line, probably would not occur.  For study of these features and events the use of models is required.  But a simple model might still not be good enough.  A good model might need to have cut away sections that allow one to view the interior of the Earth.

Most inorganic solids form crystals, albeit frequently very small in size.  It is impossible, even using magnification, to observe a crystalline lattice.  Individual molecules are simply too small to see, and their intricate structure when combined into a crystal cannot be viewed at the molecular level.  Such small-scale entities require use of a model.

Electrons are even smaller than molecules, and they certainly cannot be isolated for viewing.  Worse s being able to view the probability density in space of an electron in a subshell.  And the complexity of the f subshell probability density structure is far too complicated to represent adequately with two-dimensional projections.

Such small-scale objects can best be visualized in three-dimensions.  A good model can serve this purpose.

The Problems with Models

Science models can be expensive.  One must often choose wisely due to budget constraints.  Another constraint is storage space.  Because they are expensive to replace, and hard to repair if even possible, they should be stored where they will not be damaged by curious students when not in use.  Ideally, they help students learn, but the need to preserve models for future use must be held as the higher priority than availability to the students.

Yes, they will enhance a classroom presentation.  They have a purpose.

Sometimes samples can be used.  Rock and mineral identification is done using several properties of rocks, such as hardness and luster, among others.  Sets of rocks and minerals used for identifying properties are readily available.  Here, actual rock samples serve as the models.

It is also possible to find and obtain meteorite samples.

One great thing about using a real object is it does not need to be manufactured, so the cost factor may be lower than using a model instead.

Some models are used to demonstrate a process.  An example of such a process is the production of electricity using a windmill.  A windmill, even a small one, uses the same process as a large windmill in producing electricity.

This is an example of a model operating over a period of time.

If the model must be assembled, even more understanding can be gleaned from it.  Of course, it is wise to disassemble the model before using it again.

If several classes are to use the model in one academic year it might be wise to have multiple identical models available.  The model might be part of a multi-day lesson, or there might be inadequate time to disassemble it before another class needs it.

Compare volumes by using a fillable volume set.  Compare the amount of water the shapes hold.

Since three-dimensional movies are possible, and three-dimensional computer animations exist, using such technology can be used to reduce cost, simplify storage, and even show motion that is not possible otherwise.  Think how much a biology class can learn from seeing blood flowing in a vein or artery, or an Earth science class learn from an erupting volcano as seen from inside the magma chamber.

With affordability and easier storage more models can be used, so a plethora of studies not feasible under current constraints might be possible.  Imagine being able to show Enceladus, a moon of Saturn with erupting geysers, spew material as it replenishes the F-ring of the planet.  And this list could easily go on and on.

For now, it is important that we understand the value of the visualization a three-dimensional model can bring, and how much more a working model can add when available.

With each year comes a new budget.  When something has some expense associated with it the way to enhance a class is to add annually.  Of course, growth is faster if resources are not needed for replacements, so respect the resources after they are procured.

Another way of enhancing a collection, and doing so rapidly, is to do as I did, write grants.  Grant funds can solve budget woes.

It is wise to join with others when using expensive resources, whether it is to help a student understand concepts covered in a school or material covered in homeschooling.  This way costs are spread.

The introduction image is a my own.

Parallel universes would not imply existence being duplicated. It is something thought possible to explain, for example, dark energy, where another gravitation source could be the cause of unexplainable acceleration. Certainly it is not proven, just thought to be a missing part of our understanding.
Our universe if four dimensional, but some theoretician in physics refer to dimensions in a way as to include other properties, not properties we consider dimensions. The fourth dimension is time.

Interesting conversation on multidimensions and parallel universe. We are so used to 3 dimension that we fail to comprehend the fourth and higher. Parallel universe does not exist because we cannot be present in 2 places at the same time and there is no need of replicating us elsewhere. Science does not justify it too. One self of us is more than enough, why do we want another parallel existence. Of course, there is no limits for imagination, so we can create a parallel universe. In any case, cosmos is a complete mystery, unfolding it will be like a detective delayering the crime scenes. In our capacity, it is not possible to understand the universe, so we compartmentalize the unknown. Coming back to models - it is so easy to conceptualize and understand with the help of them that complex issues need to be addressed this way.

Einstein assigned four dimensions, which can best be understood at what is necessary to locate something. ly One can cross a street, but if the time of being in the street coincides with a vehicle about to be in the same place the results could be undesirable. It is important to not only be somewhere, but when that occurs is equally important. Yes, time is different, for one thing it is not reversible, as the other dimensions are. One can accidentally leave money on a table when leaving, reverse one's path, and hope it is still there. One cannot go back in time to assure the money would still be there.

Now, as for other dimensions, theoretical physicists sometimes use the word dimension to further describe something. One could, for example, describe momentum. However, these higher dimensions are not the physical dimensions that describe the world we live in. On small scales particles follow another set of rules, and we can mathematically ponder whether parallel universes exist, and what would they be like. So, when a physicist says dimensions, one must understand what is meant. Think of archangels, a word to describe a choirs of angels and also a special, significant angel like Archangel Michael, who probably is from a much higher choir. That is analogous to the twofold use of dimension.
Hope this clarifies a rather deep topic.

It's eye-opening to read about what goes behind the supplementary resources that can be brought to teachers teaching their own takes on subjects, teachers teaching with textbooks and teachers using models and other props.

My aunt knew birds way up in the sky because of the supplementary resources of an elementary school teacher. That teacher made use of a taxodermy collection by which she would simulate each bird's flight by having the specimen on one arm and moving her arm and that bird to show how the head was held, how the legs and wings were held in flight.

In another somewhat related, unrelated direction, you mention different dimensional objects. Stephen Hawking observed that it was possible for him to think in terms of 11 dimensions.

Will four dimensions be the upper limit for models?

How many dimensions would you think in and of?

When you're looking for ways to entertain your child and sneak in a little ed...

Photo sensitive paper creates an image simply from being exposed to light. Cr... 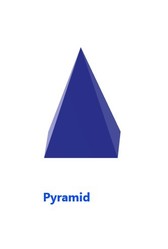 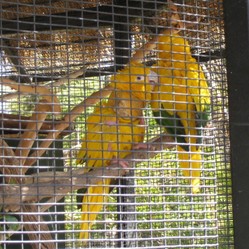 When you're looking for ways to entertain your child and sneak in a little education, too, take a look at all that National Geographic offers for kids.
38%  3   4 Jimmie
Fun with Science 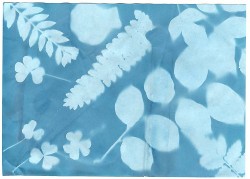 Photo sensitive paper creates an image simply from being exposed to light. Create nature prints with the energy from the sun.
Loading ...
Error!