Scraping the surface of Wournos

Wournos is trying out the writer's waters at Wizzley. Will she float or sink? Maybe pressing F1 on a PC will make a life jacket appear. OH NO! She's a Mac user!

The words that spring to mind when I think about myself are: independent, meticulous, OCD prone, sarcastic, open minded and easily distracted. Others would probably squeeze in the words perfectionist, nerdy and mild control freak into the mix. I don't blame them.

I have no official work title unless unemployed-programmer-with-plus-three-years-experience counts.

Writing as a hobby

I wouldn’t call myself a writer, at least not a professional one, but I have dedicated a fair bit of my life to writing in one way or another. It was all about diary entries before the age of 20, and later I tried my hands at writing short fictional stories.

During the past 4 years I’ve written (RuneScape) quest guides and a few other guides that used to be available at my personal website. These guides are now long gone as I have broken up my engagement with everything RuneScape.

Blogging about my life is something I never found appealing. Instead I started blogging about some of my gaming characters through their eyes. It gave me a challenge to transform every day gaming experience into what sounded like real life happenings. It also challenged my imagination and expression through words. The Noirs is currently on hiatus until further notice.

Cats have surrounded me ever since I was a young child. The cats have been fine sophisticated breeds as well as adorable “farm cats” with quirky habits like chasing after and fetching rubber bands shot through the air.

The 6th cat in my life was my own cat Kimsy. She was born in the summer of 1997 and was named after an Israeli VJ on European Mtv. Kimsy (the cat) was a regular black, orange and white “farm cat” with a very kitten-style personality. She had a fetish for small boxes and basking in the sun. She loved ear kisses and hugs, and would often keep me company no matter what I was doing.

Over the years Kimsy turned out to be my very best friend and there is nothing that would’ve made me chosen anything over her.

Unfortunately, life ends sooner or later and Kimsy’s time came 1 month before her 15th birthday in 2012. She was a senior with a body to match and she made sure her human knew it was time to let go.

I have plans to have more cats in the future and have seriously pondering a business involving cats. But for now I’m waiting for the right time to find myself a kitten or two to slave for.

Computer games are something I have grown up with. It started with Space Invaders and Pac-Man during the mid 80s. It then evolved to various hand-held game devices and consoles – such as Nintendo, Playstation (1-3) - and later Mac/PC games.

One of the many joys of games is the sense of accomplishment (however false) they give after doing something successful. Even if it means you just assassinated a difficult target from mid air and bolted into a haystack to hide.

Games are also a great (can be argued) way to escape reality for a while after a rough day.

Games can also trigger shopping bag OCD. After having played Tetris for many years I’ve come to analyse my groceries while preparing my bag so that everything will fit perfectly inside it.

I was an active player of RuneScape between February 2005 and April 2012. I started my very first character that eventually ended up with the name Andro Noir. Later came Wournos Noir (2008) and Cassis Noir (2009). The name Wournos is a failed attempt to spell Aileen Wuornos last name. But somehow it grew on me.

My characters developed their own personalities and attitudes, which resulted in journaling through their eyes.

All my characters and their journal are now on hold due to disagreements with the way RuneScape is developed. I care enough about the game to voice my opinions loudly, even though I probably just come across as a “whining minority afraid of change”.

I listen to music almost all the time. I grew up with Kraftwerk, Kate Bush and Fleetwood Mac, to mention a few artists. Nowadays, my main fix comes from mild electronica like Björk and Blackmill, but also from alternative pop & rock such as Tori Amos, The Cure and Garbage.

I had a period where I used to listen to Texas a lot, but after they went a bit too mainstream I lost interest.

I have a soft spot for Michael Jackson and most of his music. Speaking ill of him is a trigger for me because I can relate to his perfectionism and understand some of his choices in life.

For the past 10 or so years I've owned an Ibanez semi-acoustic guitar. But I am still not much better at playing now than I was the first year after I bought it. My favourite songs to play are the ones written by Lisa Miskovsky.

Not really but I do believe in spirits, the afterlife and reincarnation. I have only had one experience that could constitute as a visit, and several coincidences that make me wonder, but at the same time I don’t ask for proof. I wouldn’t want to stir something in the process.

My biggest struggle is to allow fate has its course without my interference while desperately wanting to find a future kitten/cat that happens to have the reincarnated soul of my cat Kimsy.

“Ye shall not print any marks on your body”

Yup, I am a sinner! I have tattoos. I’ve had tattoos and piercings since I was old enough to get them. Most of the piercings have been removed by now because I found myself looking ridiculous with them. All the tattoos remain, except one acquired after suffering from brain fail and becoming subject of a cover-up.

I enjoy most types of tattoos but the ones I really like are “black & white” ones with a lot of shading. I think it comes from my love of pencil drawings. I personally don’t own one of those tattoos but it’s not too late to get one.

@Sandy
Yeah that title... It's either that or desperately-looking-for-anything-that-doesn't-revolve-around-kids-or-elderly-people-or-public-bathroom-scrubbing. ;)

Nice to get to know more about you. I like your official work title. LOL

Thank you!
Yeah those groceries. I think my cousin suffers from the same ailment. He's also a gamer.
I went shopping one day after I cleaned my first herb in RS. As I walked out I saw something green and leaf-y on the floor. I nearly picked it up to see if it was a Ranarr, when I realized what I was doing and that it was just a piece of lettuce!

Welcome to Wizzley! You sound like a fascinating person; and I did giggle over the Tetris groceries. I've been guilty of that myself. 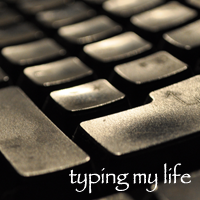