Yoga for Seniors, Gentle Yoga, and Ageless Yoga classes are becoming more popular now that the first baby-boomers are turning 65.

More and more people aged 55 and over are turning to yoga as a way to help keep themselves more mobile and healthy as they age.

The practice of yoga can help alleviate issues and ailments that are associated with aging, such as arthritis, back problems, heart issues, sleep problems, and depression.

The two largest yoga classes I teach are my Gentle Yoga classes, in which the average age of the student is over 60, including a few women in their early 80's.

Staying Healthy, Strong and Flexible as We Grow Older 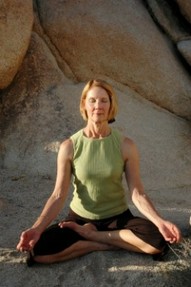 One of the more rapidly growing segments of the yoga population is of people aged 55 and older.  There are more Seniors Yoga classes, or similar classes such as Ageless Yoga, or Gentle Yoga, than ever before, as aging baby boomers look for safe ways to remain active, strong, and healthy.

A study in 2008 said that 18% of yoga practitioners are over age 55.  That percentage has surely risen as the baby boomer generation ages.

Over half of my yoga students are in the baby boomer and older age range (born 1964 and earlier), and they make up the most stable segment of my students, since they've experienced how the yoga classes have benefited their health.

My Gentle Yoga classes, which are often my largest classes, are made up of people mostly over the age of 60.  Often someone will come up after class to tell me how much good the class has done them.   Their joints are less painful (arthritis pains are reduced), they're stronger, more flexible and mobile, and they feel better overall.

The Benefits of Yoga as We Age

Practicing yoga in the second half of our lives can help us negotiate the aging process with more grace and ease.

Younger yoga practitioners may prefer a more vigorous approach to the practice of yoga poses,  pushing themselves to higher limits of strength, flexibility, and endurance.  They may delight in trying more and more difficult poses as they progress.

But the aim of yoga for seniors is more for maintenance and support of the body as we age.   You wouldn't expect to practice convoluted "pretzel poses", extreme backbends, or gravity-defying arm balances in a Seniors Yoga class.

The practice of yoga can help improve, stabilize, and ease symptoms of many of the ailments that are associated with aging, such as:

See links near bottom of page for more reading on the benefits of yoga for seniors.

Finding Yoga Classes for Seniors in Your Community

Your community may offer yoga classes specifically for seniors.    Classes with names such as Seniors Yoga, Gentle Yoga,  Ageless Yoga, and Chair Yoga will be worthwhile to check out.  If you're already fit and active, general Beginning Yoga classes may be fine for you.  Your local YMCA, health clubs,  community rec and ed programs, and community health centers are good places to check for classes that offer yoga for the more "mature" population.   Also many yoga studios offer classes that will be appropriate.

Talk to friends and neighbors and even your health care provider for recommendations for yoga classes and specific yoga teachers.

If a particular class doesn't suit your needs, try another class if there's one available.  A different teacher or a different style of yoga may suit you better.   You might find that the class you try is too difficult for your particular issues, or on the other hand you might be happier with a more active class.  It's a good idea to talk to the teacher first to find out what to expect out of the class you're interested in.

Private lessons from a well-trained yoga teacher are also a great way to individualize a practice for your own specific needs.

Image above purchased from iStockPhoto.com, with text added by me.

You'll get much more out of your yoga practice by taking a class from someone who can safely guide you to do the poses and breathwork with better form and efficiency.   But if you can't find an appropriate Seniors Yoga, Gentle Yoga, Ageless Yoga, or Chair Yoga class in your area, or if you want to supplement the classes that you are taking, take a look at these DVDs and books.

You might find some of these recommendations in your library, to check them out before you decide to buy.

Yoga for the Young at Heart

The Yoga for the Young at Heart series is a great way to introduce older adults to yoga in an easy and accessible way.  Susan guides you through the poses with clear instructions for how to move the body and how to use the breath.

Yoga for the Rest of Us

You may have watched Peggy Cappy and her Yoga for the Rest of Us series on PBS.  Her videos are great for those who are starting yoga and would like a gentle approach to the practice, or anyone who is stiffer, more out-of-shape than they'd like to be, or feeling the aches and pains of aging.

Don't let the images on the covers of these books scare you away!  They're meant to inspire you!   Of course most people who start yoga at a later age will not look like the cover models, but isn't it nice to see that some older people can do these amazing poses?  Author Suza Francina fills these books with loads of information about how yoga can help us as we age.   She also includes stories of real people, yoga teachers and students, and how yoga has helped them as they get older.

Also read her online articles on Yoga and Aging.

Studies and Articles on Yoga and Aging

Yoga for Arthritis
Practicing yoga poses can reduce arthritis pain by creating more mobility in the joints and increasing flexibility while stretching and strengthening the muscles around the joints.

Yoga for Back Pain Relief
Practicing yoga can improve the health of our backs. Back pain is reduced, bouts of back pain occur less frequently and don't last as long, and there is less depression from the effects of back pain.

Relieve Menopause Symptoms With Yoga
The practice of yoga is a great "natural remedy" for treating menopause symptoms such as hot flashes, moodiness, insomnia, and memory problems.

Yoga Boosts Heart Health
Heart rate variability, a sign of a healthy heart, has been shown to be higher in yoga practitioners than in non-practitioners.

Yoga for Anxiety and Depression
Studies suggest that the practice of yoga modulates the stress response.

Good to the Bone | Yoga Journal
Weight bearing exercise, including many forms of yoga, promotes better bone density. In yoga, all parts of the body are used, so all of the skeleton is affected.

Why Practice Yoga? Health Benefits of Yoga
Why would we practice yoga or take a yoga class? Because the practice of yoga benefits our health on all levels of our being -- physically, mentally, emotionally, and spiritually.

Buying Eco Friendly Yoga Mats
Are you in the market for a new yoga mat? Consider choosing one of these eco-friendly yoga mats to help keep the environment healthier.

Yoga is great for all ages, any physical condition. Nothing like it to stretch out stiff joints.

Creak, creak.... this is the only activity, apart from walking which I love, that I would consider taking up... okay, maybe horse-riding again one day.

Too bad you don't live near my studio, petunia :-) I think you'd enjoy my Gentle class, which is almost entirely made up of seniors. They're a good group of people too!

I do need to find a yoga class. The last time I tried yoga, I was not happy with the instructor. You have inspired me to try again, and as a senior now, I think it is more important than ever!

Hi Digby -- I'm so glad yoga is helping you! A number of my students have also noticed that their backs are in better condition now than when they first started yoga. "Patient and persistent", as you mentioned, are key.

Hi Kajohu, I really enjoyed this "wizzle." I have used Peggy Cappy's Back Care Basics for over a year now - along with her other CDs. Yoga has been the only thing to make my back feel good again. It's amazing how much exercise can help! I have a couple of back muscles that used to go into spasms without warning. They've gotten much better! I do believe that yoga teaches us so much more than just poses. I learned to be both patient and persistent with my body, and every day I'm amazed at what it can do. Looking forward to reading more about yoga from you.

Hi BarbRad -- You actually bring up a good point with the photos on the books that I recommended. I know the cover pictures on the books I recommended are supposed to inspire, but I've also heard from my students that the pictures are intimidating. Ah, well :-) Still, the content is very good. Walking is good exercise, of course!

I'm afraid I'm one of those who looks at the pictures on the book covers -- even for the aging crowd, and think "That's just not me." I enjoy walking, but I hate any kind of exercise class because it's hard for me to imitate what the teacher is doing. I also find ti difficult to make appointments when my work schedule is so unpredictable. Medical appointments are hard enough to squeeze in.

Not as yet! Nice and informative page which is going to be very helpful to people looking to start Yoga as a Senior

Why would we practice yoga or take a yoga class? Because the practice of yog...

Are you looking for the best Yoga for Arthritis DVD to help ease your arthrit... 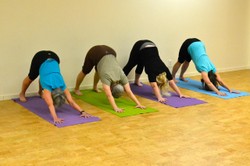 Why would we practice yoga or take a yoga class? Because the practice of yoga benefits our health on all levels of our being -- physically, mentally, emotionally, and spiritually.
64%  5   7 kajohu
Yoga 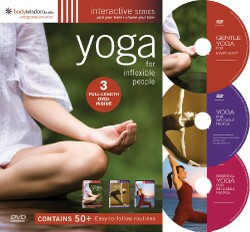 Are you looking for the best Yoga for Arthritis DVD to help ease your arthritis discomfort? Here are a few suggestions for you.
Loading ...
Error!