From political science and journalism with the goal of becoming an ambassador for the Canadian government, Sheri moved back to her first love: biology and physical geography. Travels opened her up to the world and she decided to move to Israel. Wanting to contribute to the country, she thought helping make the Negev Desert bloom would be a good way and she studied agriculture.

However, fate led her in a different direction. Fate led her to teach soil science in a boarding school for children from disadvantaged backgrounds. Her principal gave her a challenge and that set her wheels spinning in a new direction.

Before reading this, you may want to look at Sheri Oz, Early Career.

Teaching Soil Science in an Agricultural High School in Israel, 1980-1981

My first full-time job after finishing grad school was as an agricultural biology teacher in a boarding school for children from difficult backgrounds. They were tough and I was very naive. I never wanted to be a teacher, but I did enjoy working with these kids.

Some time into the school year, the principal called me into his office. He said that there was a problem with one of my classes. One of the boys was behaving in a sexually inappropriate manner with other boys in the showers. He told me he'd like me, as the biology teacher, to teach them sex education.

I didn't quite think of myself as a biology teacher. And I didn't see the connection between biology and sex education. However, I did think that these kids needed sex ed more than they needed to know about sand and silt and clay. I told him I would agree under two conditions: (1) That he would let me teach ALL my classes sex ed; and (2) That if he saw me sitting under a tree with the kids, that he would understand that that was a better environment for sex ed than the classroom. He accepted and I accepted.

I very quickly found out how much fun it is to talk with teenagers about sex and relationships and families.

My husband wanted to do a PhD and he wanted to do it in Canada. We packed up our 2-month-old baby and moved to Guelph, where he began his studies at the Soil Science Department and I began looking for a job.

After many interviews, I was hired by the same department to teach the soil science course to first year diploma students. These were kids from farms,  many of whom had not completed high school. They did, however, need to understand basic farm-related sciences to better run their family farms. They were very similar to the kids I had taught in Israel and I loved working with them and the prof who was my boss.

Part of my job included course development and I wrote a course manual, based on self-learning. But after two years in the job, I knew that what I really wanted to do was counseling.

There was a Family Therapy Training Unit that awarded MSc degrees and I wanted in. I was told to take one course in the department and if I did well, I would probably be accepted into the program.

I did do well and I was accepted into the training. I don't remember why, but I set up a program for teenage mothers at the local YM-YWCA. The Y provided babysitting and space and I set about looking for teenage mothers. I don't even remember how I got the first names, but each mother gave me names of her friends.

At our first meeting there were 6 mothers, each younger than 18, each with a baby aged between 6 months and a year old. I organized meetings with professionals who taught them about child care, budgeting, family relationships, nutrition and more. Friendships developed among them and they supported each other outside our group meetings. All of them were scared, in spite of their street-smarts and tough exterior.

They wanted to make something of their lives and give their children more hope than they had while growing up. These original 6 approached the local high school and asked to have a day care set up at school so they could complete their education. The school did set up a day care for them and for teachers and gave them credits for life experience. I know one woman became a social worker and another an optometrist.

I did my graduate thesis on family issues in the lives of teenage mothers. It turned out that all of them had been sexually abused, in contrast with the low percentage of abuse among their former classmates who were not adolescent mothers. At that time, sexual abuse was not taught in university courses and learning about it through my contact with these teen mothers and a client I had in the Family Therapy Unit set me on my future professional destiny.

In 1986, after completing my MSc in Family Therapy, I went back to Israel, this time a divorced mother of two small children.

I started working in a municipal social services unit and after two years struck out on my own in private practice. I had studied sex therapy in Guelph and advertised myself as a couples and sex therapist. My intake included questions on sexual trauma, something that was not usually done at that time. Many of my clients disclosed a history of childhood sexual abuse and I gradually developed an expertise in the subject, reading all I could and writing up my observations from clinical practice.

I volunteered at the Haifa Rape Crisis Center, co-running a group for women who had been sexually abused when they were children or teenagers. Later, I supervised the volunteers on the crisis line. At the same time, I began to lecture on the topic, adding more lecture topics as I learned more.

With the sudden collapse of an NGO for which I provided clinical supervision of the volunteer therapists, I invited the therapists to bring their clients who were still in the middle of therapy over to my clinic. That move constituted the establishment of my multidisciplinary clinic specializing in therapy for sex trauma survivors and their families. I called the clinic, Machon Eitan ("Machon" means "institute" and "Eitan" means "strong").

Over the years, my staff consisted of art therapists, family therapists, a drama therapist, a cognitive-behavioral therapist, a movement therapist. and a clinical social worker. We worked together as a team, so that families affected by sexual abuse would receive expert help that considered the needs of each member of the family and the family as a whole. Sexual abuse can tear families apart and we wanted to help those families stay together that could do so in a way that was healthy for all its members.

As the clinic was gaining in reputation in the lay and professional communities, I was providing consultation to social services, kibbutz administration, schools and other organizations.

In order to expand our services, in 2008 I changed the status of the private clinic to a nonprofit non-government organization that went by the name of Amutat Naveh ("Amuta" means "Association" and "Naveh" means "Oasis"). However, by 2010, my life goals had changed somewhat and Amutat Naveh and I went our separate ways. That year I also decided to retire from clinical practice and supervision, but continued with consultation work and writing.

I organized a convention for professionals, entitled: Mandated Reporting of Child Sexual Abuse, After the Report and Before the Interventions.  Invited lecturers spoke about the impact on the victim, the perpetrator, the nonabusive parent/s of a report of suspected child sexual abuse in situations of paternal and/or sibling abuse.  The convention was attended by 115 social workers, child protection workers and therapists from the Golan to Eilat.

I was invited to Xi'an, China for 4 weeks by Prof Jiao Fuyong to assist him in setting up a child abuse unit in his hospital.  I gave lectures and workshops to various professional groups in Xi'an and in Beijing.  The project was supported by a travel grant awarded by the Israeli Foreign Ministry. 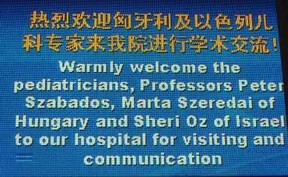 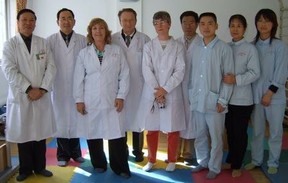 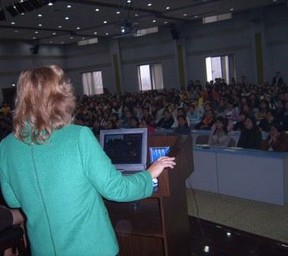 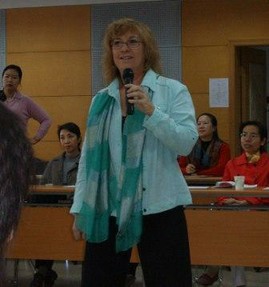 I organized another convention, this time under the auspices of the nonprofit organization, Amutat Naveh. Lecturers presented on the following topics: The First Junction in Interventions – the telephone call asking for help; Trauma-focused CBT for acute sexual trauma in children and adolescents;  Systemic therapy with the individual child victim of sexual assault; Family Therapy in a case of male sibling abuse; A model for intervention in a kibbutz torn apart by sexual abuse; Autonomy and therapy.  The conference was attended by 70 social workers and psychologists.

I found a home for the two-year programme I had been developing over the past five years, Telem Institute, a private professional training center in Israel. In November 2010, the programme opened its first semester with 19 registrants. The programme is offered to experienced clinicians and programme directors (eg., directors of Social Services Agencies) who wish to gain in-depth up-to-date training in working with this population.

I was invited by IsraAID to join a team of three trauma therapists to conduct a two-week pilot project in South Sudan run together with Operation Blessing. Our task was to begin training social workers and others involved in Gender Based Violence treatment and prevention and assess needs for continuing training.

Following that first workshop in South Sudan, I was subsequently invited to participate in a similar project in Kakuma Refuge Camp in Kenya. Our work in South Sudan continues and I have been back in August and am on my way again this month, October.

My Online Articles on South Sudan and Kakuma Refugee Camp

I Welcome Your Comments

@Brenda. Glad you liked the articles. Sorry to have exhausted you, though. Can I join you on the couch with that gorgeous dog for a bit of a rest?
@Jo. Thanks for the compliment. I am also honoured to know you. Isn't the Internet wonderful? Glad to make your acquaintance.

You leave me in awe. I feel honored to know you, however newly acquainted we are. Thank you for being in the world.

It has been a fun ride, Mira. Glad you enjoyed it. Thanks for coming along.

Hi Sheri, your life trajectory is pretty impressive :). Enjoyed reading about it in your two articles today. 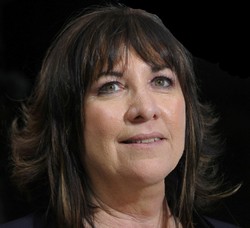