Silver coins benefit from having a known purity and known weight. But, they have also attracted coin collectors who can drive prices up by increasing demand.

Silver coins are beautiful, and over the years collectors have begun to add silver bullion coins to their collections. This added demand allows major mints to produce more coins and increase their revenue. One interesting thing is that new issues are coming out, and in some cases more than one issue per year from some mints.

Coins benefit over silver rounds and silver bars in that coin collectors give bullion coins an added opportunity to appreciate in value.

The United States Mint issues the Silver American Eagle, a great coin, but with a repeated design year after year.  Now, with the America the Beautiful Quarter Program bullion coin, a five ounce silver coin, has been added.  In fact, five different five ounce silver coins are coming out annually, and many have beautiful designs.

The Royal Canadian Mint has a very beautiful coin called the Maple Leaf.  This coin has remained in production for years, and still remains popular.

It was the Royal Canadian Mint that perfected the 0.9999 purity when most other countries were using the 0.999 purity.  The added nine may represent a small amount of silver, but the idea of getting a little more had a positive impact on demand.

Also, in 2015 the Royal Canadian Mint has issued the Gray Wolf, a three-fourths of an ounce coin, and the one and a quarter ounce Bison coin.

The plethora of variety indicates the Royal Canadian Mint is paying attention to the demands of the collectors.

The Perth Mint of Australia has really been at the forefront with new silver bullion coins.  The second series of lunar coins continues, as does the koala and kookaburra coinage.  These three series all change their images annually, giving an exciting set of new designs.  And, all three of these come in a multitude of sizes.  Now, these have been joined by other silver bullion coins from the Perth Mint, with the funnel-web spider being one such issue.

The Britannia has been the main silver bullion coin of the United Kingdom for years.  Now, it has been joined with the lunar series, which started with the year of the horse in 2014.

Some other coins of interest include the Chinese Panda, the Austrian Philharmonic, and the Mexican Liberdad.  In addition there are the Fiji Islands Taku and the Tokalu Lunar Series.

First collectible silver coin of this year in our country just came out on Monday (we always get two per year). I was a little disappointed when I found out how low is demand right now. These coins possess special charm which seems invisible to younger generation. 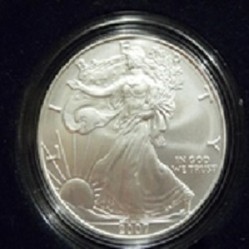 Studying Mathematics, the Techniques26 days ago 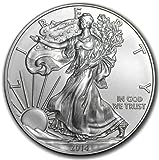