Any time can be the right time to drink any thing, regardless where, what, when, or why. Yet there are certain times when there is no substitute for Scotch Whisky.

What Makes Scotch Whisky So Special?

Not two Scotch whiskies are the same.

First, Scotch whisky is made exclusively from the most elemental domestic ingredients: barley, water, and yeast. Second, only if distilled and matured in Scotland, the whisky is entitled to be “Scotch” - partly because during maturation its flavor derives from the local air, present in genuine Scottish maritime northern climate. Thus, a genuine Scotch whisky cannot be reproduced.

Besides being the favorite beverage in Scotland, it meritoriously conquered the hearts of billions all over the globe.

What is more, Scotch whisky is a great motive to visit Scotland, which grants wonderful places to stay, a marveling history and culture, exciting scenery, and open, friendly people, proud and passionate of their land and tradition. In addition to whisky tourism, there is always much else to do, see, and try – superb food and drink included.

Scotch whisky is also valuable in the kitchen - as a basic component of varied mouthwatering dishes such as Scotch onions, steaks marinated in Scotch whisky or famous Scottish Whisky Dundee Cake.

At last, but not least, we must not overlok the colourful collection of world's famous Scotch whisky cocktails. Let me mention notorious Horse’s Neck, Rusty Nail, Highland Special, Flying Scotsman, Whisper, Earthquake, Purple Heather, Tom Collins, to name but a few. (Albeit, if you ask me, why squandering luxurious whisky at all by hiding its taste?)

How To Drink Scotch Whisky

Scotch whisky is just like all great things in life -

you have to enjoy it in a decorous practice.

It is tremendously versatile drink that can be offered straight (on its own), with different quantities of water, or as a refreshment with selected mixer or ice.

In general, there is no right way or wrong way, but it depends mainly on individual preference.

Nevertheless, few optional suggestions may help you get the most of your Scotch whisky experience.

People are terribly divided when it comes to whether adding the water or not.

While some say that a splash enhances the flavor and aroma of the world’s most revered spirits, the others claim the water spoils the taste. I agree with the first, if the water is soft, pure spring water – ideally the one employed by distillery. As this is mission impossible, a bottled Scottish mineral water is alternative that is much more realistic. High chlorine and fluorine concentrated tap water may ruin the taste. Perhaps having it straight or “neat” is better choice.

Ice is even greatest dispute in the art of drinking Scotch whisky.

Whereas it can truly freshen up the drink, it also blunts the finest senses that are fundamental during whisky “nosing” and tasting. With ice, you are blowing extravagant content in your glass if frozen cubes numb your taste buds on the tongue.

Now what? Experiment until you find your preferred manner.

I only have the nerve to mix blended Scotch whisky, not ever a single malt.

Although, deep down in my soul I feel like a colossal sinner that ruins the rarest blend...

The Glass and Decanter

Just like a good Scotch whisky, a proper glass needs to have a lot of character to please.

Among various styles of specific whisky glasses, the Glencairn’s representative shape is not only the most common, but also the first one endorsed by Scotch Whisky Association.

Its authentic tulip configuration is founded on the traditional nosing glasses, acknowledged by master blenders for centuries.

We have a set at home and I declare it is well worth its price. I never tire of watching playful light beam flashing through engraved logo letters in the chore of thick base. After a dram or two, also the tricky “Glencairn” is not that hard to pronounce anymore.

Despite all, the functional, old-fashioned whisky tumblers remain iconic form for whisky, particularly when offered “on the rocks”, i.e. with plenty of ice.

As well, the traditional, robust whisky tumbler is perfect for mixing long drinks with soda water, ginger ale, or else.

Decanter - is it a need or a want?

Elegant and sophisticated, often breath taking works of art, decanters actually serve only for storage purposes, as esthetic replacement to Scotch whisky bottle. Unlike wine decanters, for example, which not only are necessary to eliminate eventual sediment on the bottom of the bottle, but also permit the wine to breathe for an adequate period before serving.

Yet, there is a well-founded reason to avoid scotch staying in crystal decanter for longer time, as the lead from the glass can leach into the spirit.

A ceremony is a sacred space in our daily lifestyle.

Discover how to make the most out of your senses: sight, smell, taste and touch.

Pour a swig to your liking, somewhere between half to two ounces. Tilt and turn the glass in your hand, scrutinize the color toward the light, and pay attention to tenacity of clinging fluid that somehow resist calming down the sides of the glass. With time, you will note slight thread-like motifs - the result of viscosity, known as “legs”. Real connoisseurs are able to approximate the age and type of maturation cask on the distance between the “legs”.

Move the glass closer to your nose with your mouth slightly open. Enjoy the richness of sea air fused with iodine, wood-smoke, freshness of green leaves, peat, and other complex nuances. Bring it nearer to perceive its magnificent aura even better.

If you opted for water, now is the moment to add it. Sparsely, if you ask me, or according to experts: depending on the scotch, the weather and your mood. However, bear in mind that "Cask strength" whiskies require more water. Whirl on the Scotch patiently, until the water merges with the precious liquid well. Enjoy the olfactory feast and additionally evolved aromas.

Finally, it is time for a “mouthfeel”. Take a sip and spin it slowly around your tongue. Only when the whisky coats the last one of your taste buds, you can get the ultimate sensation. When the whisky warms up in your mouth, gulp it down steadily. Afford an instant to honor the aftertaste before you repeat the sacred procedure.

Having rituals is the way of human beings.

Sipping Scotch whisky alone or in a company is always the most delightful experience. As authentic social lubricant and essential part of social relations, Scotch is foolproof to enliven up the atmosphere.

Furthermore, it has an extraordinary ability to stimulate camaraderie and laughter, turning gatherings friendly and unwind.

Just like there is no wedding or funeral without it, Scotch whisky is also a typical drink of welcome and of farewell - not only in Scotland, but throughout the world, as well.

As an invisible, golden bond, Scotch whisky is simply irreplaceable to celebrate, commemorate, and socialize in general; or on the other hand, to reflect on ourselves.

The zen of drinking alone is all about spending some quality time in privacy, when the absence of company makes a world of difference. No matter how much we enjoy being social, a glass of noble potion may complete some meaningful solitude to perfection.

A glass now and then or a regular nightcap can also promote better sleep and round off our bedtime routine.

Single grain Scotch whisky is produced in a single distillery from malted barley, corn or wheat (or other either malted or unmalted cereals), and water. Mostly, grain whisky is intended for the blending processes, i.e. blended Scotch. Thus, single grain whiskies are seldom on regular sale and difficult to find.

To be called a single malt Scotch whisky, the spirit must be distilled from nothing else than yeast, malted barley, and water – any other grain or fermentable product is out of the question.

Furthermore, it is made in a single distillery by batch distillation in a copper pot still.

My all-time favourite is a peaty,10 years old Talisker. Nevertheless, I also warmly recommend the smoky, coarse Coal Ila, Lagavulin, and Oban, or - as a beginner's choice - clean and velvety  Dalwhinnie.

Blended Malt Scotch Whisky or Pure malt whisky is a concoction of malt whiskies from at least two different distilleries. Unlike blended Scotch whiskies, so called vatted malts contains no grain whiskies at all.

Blended Scotch whiskies that are any combination of malt and grain whiskies are by far the most common and consumed in the world.

Most commonly, I enjoy the distinctiveness of blended scotch whiskies with plenty of ice and soda that mixes splendidly with imposing liquor.

My favorite, J & B Rare, for example, is carefully combined mixture of as many as 42 different whiskies. Besides, you definitely have to taste the exceptional, rich honey taste of creamy Chivas Regal, which also comprises vanilla, hazelnut and butterscotch tones merged with ripe, juicy apple.

A single cask malt is not a Scotch whisky category, yet it is very exclusive, as it is a series of Scotch, bottled from the one singular cask. Even if bottled in the same distillery, it is impossible for all single cask malts to taste equally. Moreover, some are bottled without any water added at all, featuring 50 or as much as 60% alcohol. Thus, the cask strength literally doubles commonly practiced proportion of two parts distilled water to three parts whisky.

If you are a curious, fascinated novice, let me teach you the difference between whisky and whiskey.

The first is the original spelling that got a younger brother in the beginning of 19th century, when American distilleries differentiated their brew from the Scottish version by adding the “e”. Since then, universally all whiskies such as Irish, Canadian, or American are spelled with the “e”, except Scotch whisky.

Scotch Whisky has been defined in United Kingdom law since 1909 and recognised in EU legislation since 1989.

Whisky connects people and purifies our minds and bodies. In moderation, it is a great companion.

I adore a good Scotch, and very much enjoyed your page. 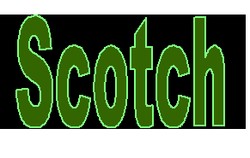