Small gardens are growing more popular as people are short of space and time.

The first gardens were probably small patches adjoining cottages or huts, and they were probably tended by women, who combined growing vegetables and keeping chickens with the exacting demands of raising a family. Large gardens were for mansions and the rich. Moreover leisure gardens were for the leisured classes, and these were often large and staffed by teams of gardeners. But in the modern city houses have little garden space, if at all, and so we move from the upper class reverie of a large leisure space to a more ordinary reality.

Picture courtesy of MarcusSpiske of Pixabay

As life changes, so do your activities. For more than twenty years I had been cultivating an allotment of 300 square yards through rain and shine, and all sorts of political and social situations. I had been on it one sunny day when news of the 9:11 atrocity broke. I still remember it clearly. So  why have I gone down to a plot of 150 square yards? Easy to tell: a medical issue has forced a change. Let's look on the brighter side, I am nearly  recovered. I have much less of the back pain than I used to have, but I have lost speed and strength, probably due to age. Gardens take  a lot of work, especially when you specialize in vegetables, so I came to the conclusion that I needed to cut down my workload. Going down to half a plot made full sense, and the decision had the full support of my wife and family.

I had already divided the allotment into four: a flower bed at the front, behind which was a vegetable patch centred on some raised beds; then an orchard and greenhouse section, finally a wild section, which was nigh to the road with its large trees, the nearest of which was a pussy willow, known also as a weeping willow. The rear section was there for wildlife. I chose to keep the two rear sections, but obviously there was going to be changes.

Firstly, I was going to have to be more efficient in my use of space. For example, there was some underused space adjoining one of the greenhouses, which I had covered with a tarpaulin and used for storage.  My son, Andrew, and I took up the tarpaulin, which was cumbersome rather than heavy, and shifted it onto the wild patch, for which I have plans. Then Iaid down some ground cover fabric to prevent weeds spring up on what was a piece of uncultivated soil. After that we moved some of the tyre planters onto the fabric, stacking them one atop another. I now have twelve tyres arranged in twos.  This year  I used them for pumpkins and have had a lovely pumpkin soup from them. Same again next year!

One move for which I needed help was to move the combined benches and picnic table. It was cumbersome, and we wanted to set it under the apple trees to make a shady nook for picnics. Getting it between the greenhouse and the trees was going to be tricky, but Andrew simply lifted it through. I also got some assistance in moving the raised  beds, but there is still work to be done in laying geotextile fabric under them.

My plans for the wild section include planting some rhubarb in the compost heap. But to avoid having vegetables compete with tree roots I have begun placing containers on the tarpaulin to make a container garden. I will probably grow leeks, parsnips and carrots. There will still be some bits left wild for the butterflies.

There is still clearing to do, but as all crops are harvested there is none of the urgency of the growing season. It is time for a rest.

"Cultivate the smallest amount of land possible, but do it extraordinarily well" This was the philosophy of the Maraichers, a now non-existent group, almost a class apart, of market gardeners who wrought horticultural wonders in Paris  in the eighteenth to early twentieth centuries. These men would take  a  small patch of urban land and cultivate it with an intensity that is hard to equal. They even owned their own soil, so if they had to move on from a plot they took their soil with them. Obviously, they fertilised their soil exceptionally well, with manure from horses, then plentiful in urban settings, compost and possibly seaweed when it could be had.

This small caste of urban gardeners worked long hours, passing their business on from father to son, with daughters tending to marry gardeners, so used were they to the tight little world of the market garden. The gardeners' secret was that with a small patch they were able to pay detailed attention to every bit of land, so when a bed was harvested it was quickly replanted. Under-planting of taller vegetables was widely used to maximise productive use of space. This is when a smaller vegetable is planted besides a taller one. It was said that at times they could get nine crops a season by successional planting like this, and they kept Paris fed in vegetables.

The demise of this social group came with the pressures of urban development in Paris, which rendered small patches of land more valuable a building plots than as gardens. These pressures combined with better transport from the countryside to  the city meant that bulk-produced vegetables from farms could be brought in and sold at a price cheaper than the dwindling numbers of urban market gardens could match. Economic pressures therefore saw the end of a skilful, productive and ecologically worthy horticultural enterprise.

But the wheel turns. Charles and Perrine Herve-Gruyere have a farm in Normandy on which they have revived the Parisian market gardening tradition on a quarter of an acre, which produces rich crops; and as cities swell in size and transport becomes more costly, the production of vegetables on small urban plots becomes more economically viable.

The world's population is drifting to the cities and modern houses are built with small gardens or not all. As a child in an inner city slum I can recall people whose only access to growing space was a window box. My own house now has no garden, only paved spaces at back and front, but these can be used for container growing. The container garden at the back is my wife's patch. We will do something about the front in Springtime. Short of a major population crash the small urban garden is the future for most of us.

But small spaces make for imaginative gardening. Many gardeners have pots in abundance. These are filled with compost, which is refreshed annually. Green walls and roofs are becoming popular, as gardeners make use of vertical spaces. Fruit trees can be espaliered, which means being layered like a fan against a wall. These urban garden fruit trees are on a dwarfing or semi-dwarfing root stock. I will  explain. When you buy  a fruit tree it is a composite between a root stock, which determines the height that the tree will reach,  and a graft, which determines the variety of fruit grown.

Journeying through an urban district of Manchester I once spotted a full fabric greenhouse on the balcony of a flat, and this was impressive. However, if you are growing green roofs and/or balconies a word of warning: keep the weight down. Use lightweight containers, such as plastic bags and always abide by building regulations. Roof gardens need the approval of a structural engineer to ensure that the load on the roof is not too great.

There is an advantage to the small garden. It is manageable by busy people. It does not demand a massive amount of work. This means that the small garden never becomes a chore to be endured, but remains a delight to be enjoyed. As Elwin Schumacher said. "Small is beautiful."

I am an Amazon associate and I earn from qualifying purchases on this page.

So it'll be early tomorrow or Saturday or during the dinner hour Friday or Saturday that I'll go plant the seeds.

In particular, I like the reminder about leafy salad and littler edibles away from larger, robuster plants. The area around Stessily's porch must be smaller than the long stretch of the front-yard retaining wall (and of the back-yard one, which I omitted mentioning previously).

So there should be plenty of space for smaller around the porch and for substantialer along one or both walls.

Planting by families is the basis of crop rotation, but the problem is that some seeds of small plants are easily shaded out by larger and more vigorous plants. I am thinking of carrots, which are vulnerable in this respect. I like to grow carrots in pots or tubes. Small plants are easily shaded out by squashes. I would keep the smaller plants in a distinct area away from the larger and more vigorous ones.

As for asteraceae, I think that leafy salad crops are better in a distinct bed away from larger ones.

Good luck with your planting.

The seeds for the indoor gardening that I mentioned below got taken care of Memorial Day.

But I have more seeds than window boxes and pots! So my sister is agreeable to my planting them along her front-yard wall and around her front porch.

This weekend I may go over so that all the plants will be in the ground before or on July 4th.

How might arrangements of arugula with kohlrabi, mustard, radishes and turnips; beets with Swiss chard; carrots with parsnips, lettuce, onions and squashes fare?

I remember that some family members shouldn't be planted together.

Would that proscription apply to any of the above, which I have clustered by family?

Also how would Asteraceae-family seeds fare near lettuce?

I have never heard of their bring grown indoors.

How would leeks fare inside?

Many plants grow well indoors, but seek out smaller varieties. Chives and lemon grass are good herbs. Fruits are hard to grow indoors. For flowers try alpines, which take well to indoor cultivation. Good luck with the project.

I'm thinking of doing some inside gardening, probably pots on the counter, pots on the floor and window boxes in the windows.

I expect to grow tomatoes. I'd love to grow squash but think that may be problematic. It would involve north-, south- and west-facing windows, with the most effective sunlight coming from the south.

What would you recommend in the way of flowers, fruits, herbs and vegetables?

I agree. My medical condition is forcing me to downsize.

By the way, your small garden is actually a "Big Garden" if you go through Bangalore's definitions and standards. Urban land is quite expensive.

Anyone with a bit of spare space can produce a regular supply of edible mushr... 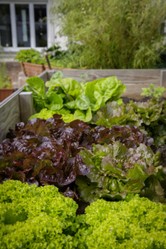 Walking the Great Glen23 days ago 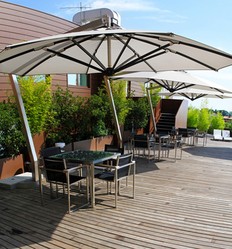 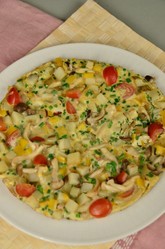 Anyone with a bit of spare space can produce a regular supply of edible mushrooms.
100%  40   14 dustytoes
Raised Garden Beds

Fabric garden bags come in a variety of sizes from small to extra large. Once the dirt is ready you have a very easy garden to care for.
Loading ...
Error!