For those of us that enjoy and see the value in growing their own fruits and vegetables I feel it only safe to say. We were all newbie gardeners once-upon-a-time. Then as now, the one thing we all have in common. We all Want or should I say, need to know what the latest secrets, tips and tricks are our neighborhood master gardeners use to make their seedlings grow like crazy. However, the tried and true gardening methods are that for a reason, they always work best.
Now anyone can run out to their local nursery and pick-up a flat of seedlings. However, there is no guarantee they will take root and flourish in our backyard or raised garden beds. To the dismay of many of us, transplanting seedlings, or germinating from seeds, our tomato and pepper plants may not fare well adding to our frustrations. There is an often-overlooked solution, learning what is best Soil Temperature and how does it affect seedlings and garden plants? 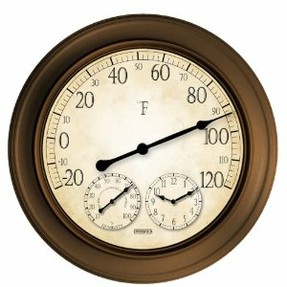 Here is a little fun fact you may not be aware of; Favored by generations of master vegetable gardeners, Hardy vegetable plants such as cabbage, broccoli, Brussels sprouts, carrots, kale, leeks, rutabagas, and turnips not only survive temperatures as low as 20 degrees F. before succumbing to the cold. Their flavor and texture actually improve during periods of cold weather. Further adding to their allure, after thawing out, these hardy vegetables more often than not actually continue growing as things warm up between periods of freezing cold weather.

Vegetable plants like Cantaloupe and Melons, Eggplant, Lima Beans, Okra, jalapeno or bell Peppers, sugar pie Pumpkins and Winter Squash, and Roma or Early Girl Tomatoes do not like cold weather earning them the distinction of tender vegetable plants.

These soil temperature ranges are important, growing vegetables from seeds indoors at a constant seventy degrees or twenty-one point one degrees C. both day and night produces week seedlings. By day, this temperature is too low for tender and very tender vegetables and too high for all vegetable plants at night.

In order to avoid these conditions, consider using the combination of plant or grow lights, and heating pads designed especially to maintain the proper daytime and nighttime growing temperatures and an easy to use Chaney soil thermometer.

As a still wet behind the ears newbie gardener, or a wrinkled ole master vegetable gardener we all have one thing in common. We do not want to waste time and money on seeds, seedlings or hothouse vegetable plants that do not survive and produce tasty fruits and veggies. What we do want to do, before we plant anything, first ask ourselves this one simple question. What is best Soil Temperature and how does it affect seedlings and garden plants? From there we will make better what, where and when to plant decisions.

Keeping cool and the sun out of our eyes is a good thing indeed.

Hey Sue, good to hear from you, it has also been a bit too cold here in southern Indiana to set out my tomato plants, bell peppers, and jalapenos we started from seeds in late February. There is still plenty of time. I just get a bit antsy, when the dogwood trees start budding, raspberries, and strawberries start blooming and the grass needs cutting for the second time this year. :) Mike

I had no idea the effects soil temperature had on planting a garden. It sure is hot and dry this season. Thanks for the tips, now I know when to call it a day in the garden. :)K

@Dustytoes a short growing season due to cooler weather can be a blessing when a gardener enjoys hardy vegetables.
Growing Tomatoes, peppers and other tender vegetables are a bit more of a problem. Many require seventy to ninety days to mature. That makes it all the more important we start our seedlings indoors and give them a head start on the shortened growing season in zones, 8,9, and 10.
Then there is always container gardening, simply find a suitable window facing south and grow your tender plants indoors. No need to wait for the soil temp outdoors to warm to the best temp before starting a vegetabl garden.
Be well and enjoy your garden and thanks for sharing your insightful comment..
YOur gardening friend, Mike .

It is difficult to be patient and wait for the ground to warm up in Spring. Our planting season in the northeastern U.S. begins in June - which makes for such a short growing season, but doing it right makes all the difference. Good advice.

If you are looking for organic vegetable seeds for your food garden, these ve...

Tomatoes from Seeds - A Guide to Planning Your Tomato Garden 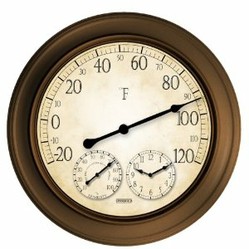 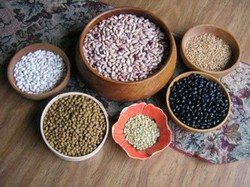 If you are looking for organic vegetable seeds for your food garden, these vegetable seed companies should get you started.
24%  1   3 Digby_Adams
Vegetable Seeds Tomatoes from Seeds - A Guide to Planning Your Tomato Garden

Many years ago, I went on a quest to find the best edible landscaping for Florida. My search brought me to face-to-face with the Moringa tree, and I have loved it, ever since.
Loading ...
Error!