Solar Power has many details you should know before maling a decision to add solar unite, or whether you will own or lease the units.

Solar energy is clean energy in that it does no harm to the environment. So, how does it work? Light from the sun dislodges electrons in the solar panel, which are collected to have enough electricity to do some good. But, electrons repel each other, so there is material that allows electrons to pass in one direction where they are trapped and cannot get back.

The Earth has an excess of electrons, and stray electrons are constantly passing by. The solar panels renew their dislodged electrons from those passing electrons, so they can continue to supply even more electrons for you to use.

Introduction Image: This is an Amazon affiliate product. The product is shown below.

Why Do I Need Commercial Power?

The simple fact is that the sun does not stay out twenty-four hours a day every day.  Your appliances need a constant power source, not power that can drop for a few minutes then come back, or worse, disappear at night  Batteries can store the power, and batteries that have converters that change direct current to alternating current do exist, but the number of such batteries you would need to get through a prolonged period of lack of sunlight is costly.

Unfortunately, you cannot get rich doing this.  First, do not attempt this until your net meter is installed.  Some meters simply add to what energy you are charged for regardless of the direction of the electric flow direction.  So, wait until the power company changes out your meter.  After that you can earn credits.  Credits can offset your power bill, and may possibly be carried for future use, but you cannot be “paid” for them.  They can only be used to buy power.

Will I Be Able to Generate Enough Power for All of My Needs?

The solar panels cost, and you may not be able to install enough to eliminate your power bill.  This depends on your energy consumption, and how much you are willing to pay for your system.  Another consideration is the amount of space you have for adding solar panels.

Solar Power Your Home For Dummies

Tax credits make buying a solar energy system possible.  The United States Government had a thirty percent tax credit available.  The State of Louisiana had a fifty percent tax break available, capped at a twelve thousand five hundred dollar addition to your tax return.  I am certain this is not uniform country by country, nor state by state.  And can change over time.

The result is for the first twenty-five dollars spent on solar power in Louisiana, I could get twenty thousand dollars back, and thirty percent of the expense over that, since the United States Government had not capped their refund where the State of Louisiana did.

So, a typical system could cost about twenty-five thousand dollars, but that cost can be reduced.

If there is concern over how to fund such a project before the tax rebates come, there was a bridge loan with zero interest for twelve months available.  So, if you do not have your unit installed too early in the year the money might get to you in time.  But, unlike the state money, which simply came as a check, the United States simply allows reducing your taxes, and you would carry over any unused credit for future tax years.  So, the money might not all come in the first year.

Should I Rent a System or Buy a System?

Renting at first looked attractive.  You would sign over your tax credits to a company that would continue to own the solar panels, but lease them to you.  This makes you need to not pay up front money for the units, just the money for the net meter.  So, what is wrong with this plan?  Well, the lease is for about twenty years, and if you sell your property the lease would have to be taken over by the buyer.  There would be a lien placed on the property should the lease payments stop.  Buyers may not like this, and a sale could easily be lost.

On the positive side, one company assured me that they would insure their solar panels since they would continue to own them.

There Should BCe No Surprises

There is always something that sales people leave out.  Solar panels add to the value of the home, so property taxes go up.  Also, because you own the solar panels, you are responsible for insuring them.  This can cause a small increase in your homeowner’s insurance cost.

Yes.  My power bill is down significantly, and the part of the power usage my panels cover are not subject to rate hikes the power company might obtain in the future.  As for helping the environment, that is definitely a yes.  So, they are worth having if you can get the tax breaks.

How Do They Function in a Power Outage?

We have one special switch that enables one particular outlet.  During the day the sun will help.  But, we also bought a battery that converts direct current to alternating current that can be recharged during the day, and run the refrigerator through the night.  I suppose a few lights or a fan could also be run.  But, there is a warning against using the battery on devices that also have their own batteries.

Other Pages By the Smae Author

Getting Through a Power Outage
Power outages are inconvenient, and can last for some time, depending on the cause. There are some things you can do to make life easier.

LED Or Fluorescent Light Bulbs, a Comparison
Becoming environmentally sensitive when choosing light bulbs involves both energy consumption and toxic waste considerations. we must be responsible in multiple ways.

Can You Do Anything Less Than Installing a Solar Panel Array?

Yes, you can add outdoor lighting.  These units are not as complex.  The sunlight falls on a small solar device, and batteries are charged.  Since lights can work with direct current, the system is less complex, does not have to interface with the commercial power, and can be bought for much less than solar panels.  Every little bit helps the ecology, and your personal finances.

Another device you can install is a solar water heater.  For this you may have commercial power or gas as a backup for when the sun is not out.  And care must be taken with outdoor units in freezing weather.

Thanks to both of you for your comments.

Nice info on solar panels and what they entail in terms of insurance and property prices. I am seeing more solar light panels here in the city, and those water heaters sound like a great idea, too. All-purpose panels are great too, but they seem rather expensive. You're saying they could be 25 thousand, with a tax break of fifty percent (in your state)?

My, you are busy. Your articles are coming in so fast I hardly have time to read one before the next one is up for my information.
All of them very interesting though, and if I don't comment on them all please don't think I haven't read them. I have. And what's more, I've enjoyed them all.

Everyone is talking about the advantages of solar energy. But what about the ... 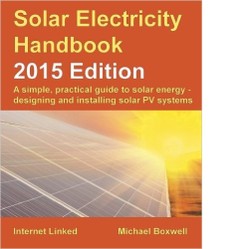 The easiest way to start converting to solar power is to start with one or more solar energy devices like an attic fan, a water heater, or security lighting, then add a full unit.
26%  4   2 sciencestudent
Solar Energy 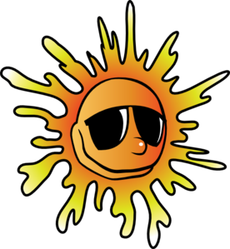