NASA Space Shuttle Models - A Tribute to the Space Program

Watching the last Space Shuttle launch, and each Space Shuttle orbiter before it, was a bit nostalgic to a sentimental person like me who grew up in a family who was fed by the space program. By that I mean that my father was an engineer in the aeronautics department of a company that designed parts for space missions. He personally designed parts for early Apollo/Viking missions. I'll share a bit more about that later.

It's fun to do models, and there are wonderful models of each of the Space Shuttles. I'm listing them here, plus I've added a few related items to display my favorite Space Shuttle Models for the model building enthusiast.

More about Dad Designing Parts for Apollo and Viking Missions

He was an Engineer in the Aeronautics department of his company

Picking up where I left off in the introduction to this page…I remember Dad watching closely during one Apollo mission, hoping that the mechanics of an arm which he had designed would reach down and retrieve samples from the Moon’s surface as it was supposed to…and his relief when it did. Family lore has it that all the names of those who took part in designing anything for a mission were sent with the ship to it’s destination, in this case the last stop was the moon, so supposedly his name is up there on what was an unmanned one-way Apollo Mission.

Dad was fascinated by the idea of man going into space before it actually happened. I was a child of the 1950′s – ’60′s, and I remember him taking us all outside onto the front lawn when Sputnik, the very first satellite capable of orbiting the earth, was sent into space by Russia. It passed over our home looking like a small, moving star. It was amazing to us all at the time, and it’s a very clear memory.

When President Kennedy declared that we were going to make walking on the moon a goal, it was a huge boost to business at his company, and it was exciting for him to be a part of something that interested him so much.

Listed in order of service

Included is a bit of history about their real counterparts,

and they are listed in the order in which they served.

The last two are not named for any of the actual

space shuttles, but are kits I couldn't resist adding.

1. Enterprise was the first Space Shuttle

The Space Shuttle given the name “Enterprise” was surely named after the popular space craft in Star Trek. Enterprise was the first space shuttle. This shuttle never left the earth’s atmosphere, but was used in test missions to develop the then-new space shuttle program.

On April 27, 2012, Space Shuttle Enterprise came to it’s new home in New York, and on June 6, 2012 it was moved to the Intrepid Sea Air and Space Museum which is a retired air craft carrier with an impressive history. The Enterprise was open to the public in July of 2012.

The second Space Shuttle given the name “Columbia” began the first real shuttle missions in April of 1981. After going on five missions, it was modified so that it could fly longer missions, up to 16 days.

Space Shuttle “Challenger” started out as a test vehicle, and was later upgraded. Challenger became the second space shuttle to be used in shuttle missions.

The Challenger space shuttle also came to a tragic end, many of us watched live as it exploded very shortly after taking off from the Kennedy Space Center, and were heart broken at the sight. This happened before the Columbia disaster, in January of 1986. The 7 member crew included Commander Francis R. (Dick) Scobee; Michael J. Smith, Pilot; Judith A. Resnik, mission specialist; Ronald E. McNair, mission specialist; Ellison S. Onizuka, mission specialist; Gregory B. Jarvis, payload specialist; and Sharon Christa McAuliffe, a teacher who was one of about 11,000 who applied for the opportunity.

Discovery made its first flight in August 1984, and returned from it’s last mission in March of this year (2011).

Space Shuttle Discovery made it’s final flight on April 17, 2012, piggy-back style on a Jumbo Jet from the Kennedy Space Center in Florida to it’s final destination, the Smithsonian National Air and Space Museum at Dulles International Airport in Washington DC where it is to be displayed in the annex.

The “Atlantis” space shuttle was launched into it’s first mission only a little over a year after the Discovery, in October of 1985.

Following is a video of the final launch in July of 2011.

Opinion: End of the NASA Space Shuttle Program - How do you feel about it?

Much of the content of this page was located at a site that no longer exists, thankfully I saved it, and wish I could share all of the wonderful comments I once had.

The Space Shuttle “Endeavour” (proper spelling is Endeavour, not Endeavor) was the last shuttle built and retired after it’s last flight in May of 2011. Endeavour was built after the Challenger accident as a replacement, and was sent on it’s first mission in May of 1992….a mission in which it rescued a stranded communications satellite, the Intelsat 6.

Follow it’s transport on video to LAX in California below.

The last Space Shuttle Endeavour mission was completed with Astronaut Mark E. Kelly in command, and his wife, Gabrielle Giffords was able to attend the launch. Since the following video was done, pictures of a very healthy looking Gabrielle Giffords have appeared in the news and at various events. Her recovery is nothing short of miraculous. Astronaut Mark Kelly retired in October of 2011 from NASA and the US Navy to spend time with his wife during her recovery from a gunshot wound to (through) the head in January of 2011. Gabrielle Giffords and Mark Kelly have co-authored a book together, “Gabby, A Story of Courage and Hope”, you’ll find it below.

This is a large Lego model kit of a space shuttle docked on the International Space Station.

Though NASA is still busy and in operation, the idea of space travel being carried out by private enterprises is underway.

Though I miss the space program as it used to be, and have a lot of nostalgic feelings about it due to family involvement on a small but important level, I do understand the need for change, and hope that privately funded missions will be a great success.

@DerdriuMarriner Yes my father was a hard working man and very smart, I do miss him so much. Thanks for your visit.

happynutritionist, To think that these accomplishments occurred in our lifetime and that there is more to come is simply amazing.
It must have been really exciting to watch Sputnik move across the sky.
Not only is this a nice tribute to astronauts and missions but also to your father. I appreciate that you shared your personal experiences.

How to Buy and Use Solar Panels

I am trying to conserve energy, and want to share what I'm learning about sol... 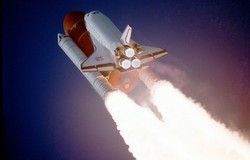 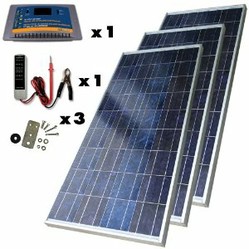 How to Buy and Use Solar Panels

I am trying to conserve energy, and want to share what I'm learning about solar panels, and how to buy them. Can you install a solar panel yourself? Lets take a look and see.
100%  23   18 happynutritionist
Wizzographies