The Best of the Star Wars Series in Pop-Up Books

The Star Wars phenomena began in the 1970's and will be revisited once again with a new movie December of 2015. Add Pop-Up books to your Star Wars collection!

I will never forget how it felt to see the first Star Wars movie in the 1970's during the first week that it was in the theaters. We left in awe and could not stop talking about the how the movie affected us all the way home. The movie set a new standard for what was expected in movies of it's kind.

Time has passed and though the feel and affects of the movie have changed, the Star Wars phenomena lives on, so much so that a new movie is about to be released this December of 2015.

So what is the connection between pop-up books and Star Wars? The series has been depicted through some exceptional pop-up books that I'd like to share with you.

But the book designed to honor the anniversary lives on

Star Wars: A Pop-up Guide to the Galaxy was designed and created by artist and paper engineer Matthew Reinhart for the 30th anniversary of the first movie.

The first Star Wars movie was released in 1977. In spite of the book's release about 9 years ago in 2007, it remains a popular book.

The video below will show you some of the pages in this intricately designed pop-up book.

Star Wars Guide to the Galaxy

Here is more information about the book on video

Matthew Reinhart and Lucasfilm worked together to create this Limited Edition

It is signed and numbered

There are light-sabers that work, and sounds and lots of other fun things that make this more than just an average pop-up book.

This book includes information about the prequel movies that came out after the original movies to give us a background into the lives of the characters when they were younger.

This is truly a collectors edition, numbered and signed, which accounts for the high price.

Star Wars: A Galactic Pop-up Adventure for the serious collector

This is a bit pricey, but reviews show that some think it's worth it!

How Pop-up Books are Brought to Life

Learn to Create Your Own Pop-Up Book

A project for the young and young at heart

If you follow the instructions provided by the experts and others who just enjoy crafting in the links that follow, you may find that you have a hidden talent, and you'll have a lot of fun in the process.

With Yoda on the cover

Did You See the Original Star Wars Movie on the Big Screen?

Are you planning to see the new Star Wars movie December of 2015?

Guestbook: Say hello or let us know if you are a Star Wars fan

@Telesto You learn to think differently when you grow up as long as I have with someone who has a disability like that, and notice things through their eyes that you wouldn't otherwise. What I never took time to appreciate before is the amazing way these books are put together. Thanks for visiting!

I've never made one, but I have purchased a number of them over the years. I used to love them as a child and I'm a big fan of anything that vaguely resembles a gadget. I confess I'd never thought about them as being more interesting to people who are unable to read. Thank you for writing this. 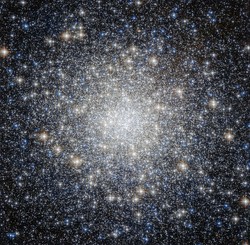 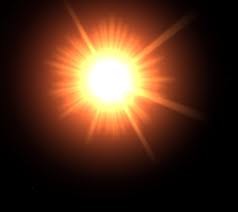 Teach solar power facts with solar toys as well as science and experiment kits for kids that are fun and educational. Electricity projects for kids powered by the sun are fun!
100%  23   18 happynutritionist
Wizzographies