Steam engines are from a time past, but I still remember them. I could see them pass daily, and there were always one or two waiting to be turned around at the round house.

Trains of a Time Past

Well, steam engines are from a time not that far past. I can still remember them. When I was young, I lived near a place that had multiple train tracks that served the wharves along the Mississippi River in New Orleans. The trains passed just over two blocks from my house, and from the sidewalk in front we had an unobstructed view. How I wish I had photographs of what I saw, and on a regular basis. Train cars would load from the wharves, and then be moved into the correct position as trains were made up on several other tracks. And steam engines were the norm for trains passing through.

INTRO IMAGE: This is our own image as used on a Zazzle poster.

The Steam Engines from Memory

Trains We Loved to See

In those days, the early fifties, we had no air conditioning, and for several years we had no television.  So, if it were cool enough we would go outdoors.  We had a small yard, and were allowed within a certain distance on the sidewalk.  This would be impossible today, but back then we were safe.  And, we enjoyed watching trains.  Actually, steam engines were so common we would all run if it happened to be a diesel engine set at the head of the train.  Again, I wish I had photographs, because these were two engines, one facing each way, with two cars between them, possibly for fuel or generators.  Current engines resemble the ones that were used for switching in the train building process.

If we were in the back, the black smoke moving at a good speed signaled an oncoming train.  We would run to the front and watch.  The smoke was black, and rose in puffs that ran together.  Steam engines make a trail of smoke that is unmistakable.

Trains in Art for the walls

Train Sounds of the Train Whistle

The Signal to Look for a Train

Of course, the whistle would also alert us.  Diesel engines and steam engines each had a distinct whistle, and he train had to sound it as the train passed a ferry landing just one block before coming into view.  Cars might get in their path otherwise.  Steam engines made their own sounds, and the whistle was but one of them.

Fire Came from Below the Steam Engines

In addition to the smoke, steam came spewing from the wheel area, and from the whistle when it was sounded.  This was white, as opposed to the dark black smoke the steam engines belched from their smokestacks.  I am not old enough to have seen wood burning steam engines, and coal burning engines produced a black smoke.

Fire could be seen reflecting below the steam engines, especially at night.  Night views of steam engines were eerie.

Water Is Needed for Steam

Just feet from the ferry landing was a water tower.  The crew would carefully position the steam engine, and align with where the spout would come down.  Then, as I would wait to watch, it seemed the process would never start.  I realize now the cold water could have cracked the hot boiler if it were added too quickly.  And, the crew had to open a hatch atop the train, which probably needed to cool enough to handle.

The spout would be pulled down, and the tank would be filled.  Then, the train in another slow process would build up enough steam to move the armatures, and the armatures would turn the wheels.

The Steam Engine Up Close

The Details of the Locomotive

A steam engine taking water gave us a chance to get a good look at the steam engine.  There were pieces of iron off center in the large wheels, or flywheels.  The bell rang when the train was moving, and the engineer would ring it for us while he was not too busy.  We got to see the cowcatcher, an angled iron grill designed to push cows off the track.  Trains cannot stop in short distances, so cows had to be cleared.  The trains had no communication other than lights along the track, so keeping a strict schedule was important to avoid accidents.

The coal burning engines had tenders full of coal right behind them, and pieces would fall out.  We would pick up a piece or two for drawing on the sidewalk later.

What Little I Remember

When I was about four years old, my father took the family to visit one of his brothers in a rural area.  We had no automobile, so we took the train.

If the train is moving straight, the smoke usually goes to one side or the other.  But, as the train takes a bend in the tracks, the passenger cars can pass through the stream of smoke.  Remember, there was no air conditioning, so the windows were open.  Having this smoke hit your face for a few minutes is not pleasant, but it was part of riding the rails.  I believe we had to cross to the other side of the car at least once due to the smoke.

The seats in the car could be reversed, so we were able to sit facing other family members.

In one corner of the car was a small section blocked off, and there was a door to this small section.  After the conductor passed through the train checking tickets, he went into the small compartment, opened the top of a Dutch door, and sold snacks.

My second train trip was, of course, the trip home.

Steam Engine 745 is the last steam engine that was built in Louisiana and is still operational.  There is a group that maintain and operate it.  It is brought out about once a year, and for many years brought to Steamfest, a free gathering where people not only could visit it, but could board the engine and meet one of the members of the group that keep it operational.  In recent years it has been going to Gretna, a small town across the Mississippi River from New Orleans, instead of Steamfest.  The festival in Gretna has an admission price, and is much too heavily attended for good photographs.  The images we have here at Black Spaniel Gallery were taken at Steamfest, and we use them for both Zazzle and CafePress products.  Zazzle is easier, but CafePress has products Zazzle has yet to add.  We have both color and black and white images in use, which were taken that way.

The old engine 745 pulls a train of green passenger cars, including baggage cars.  A red caboose has also been used in the display.

Steam engines are not designed for moving backwards.  They are directional.  But, trains travel one way, then back.  So, how do steam engines get turned around?

Steam engines reverse direction n a round house, a round building.  After entering, the track inside is rotated, and the engine leaves in a different direction.  We had a round house, and it had several doors.  An engine could enter from one track, and leave on an entirely different track.

Lovely article. This evokes so many memories. I can recall being a child on holiday in Blackpool, and during the night I awoke and looked out of the hotel window overlooking the station. There was a massive steam engine on the line, and in the night sparks were coming from its funnel. Memorable. Why this image stuck in my mind I am unsure, but I suspect that it was the vision of raw power in near darkness that made it stand out.

Later, in our teens, on holiday in North Wales, we sometimes stood near the railway lines [safely fenced] and waved to the engine crews as the express roared past belching steam as it headed for the ferry port of Holyhead. The crews expected children to be there waving to them and waved back.

My father's father was a boiler maker working on steam engine boilers. He once mended the boiler of the famous engine, The Flying Scotsman. Sadly he died before I was born, so I could get no tales from him. But when I went to the railway museum in York and saw the Flying Scotsman, now an exhibit, there was a strange feeling of pride and I told my children, "Your great grandfather mended that engine."

What wonderful memories you have shared here! I remember these, but not as vividly as you do. There were no train tracks anywhere near my childhood home. To see a train, we had to cross the river, and go into the city, so seeing them was a special treat. So was riding on them, which I did on three different occasions. It was a wonderful way to travel!

Lessons Learned on the Hard Shoulder of the M5 Motorway

There are times when you discover how resourceful you can be. Even by my stan...

Recent talk of humankind establishing a permanent colony on Mars raises many ... 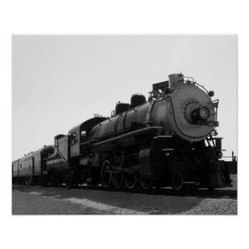 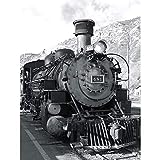 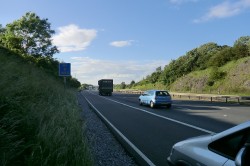 Lessons Learned on the Hard Shoulder of the M5 Motorway

There are times when you discover how resourceful you can be. Even by my standards, this one was desperate.
73%  21   5 frankbeswick
Transportation & Getting There

Recent talk of humankind establishing a permanent colony on Mars raises many questions about the ethics and feasibility, scientific and economic, of the project.
Loading ...
Error!