Twenty Twenty is the exciting new form of cricket that the world loves, but is it actually killing cricket

With the advent of 20 over or "T20" cricket, Test matches and one day international games are falling by the wayside, is this the "New Cricket"

T20, cricket made for TV

Twenty Twenty, or T20 is loud, it's brash and it's in your face and it is here to stay. T20 might not have the same sophistication or elegance that test or one day cricket has, but thats not why T20 has taken the world by storm.

T20 is a form of cricket where both teams face a maximum of twenty overs each. This is much, much shorter than Test cricket, where each team can bat for entire days at a time!. It is designed to be fast, exciting and easily digestible for the average cricket fan who doesn't have five days at a time to sit down and watch a game of cricket.

Americanization of the sport?

Nevertheless to an American having grown up with american football and baseball, this is considerably more like the sporting events that they recognize. It is more similar in length to a basketball or Baseball game, and it is exceptionally thrilling the whole way through. The two teams are as aggressive as possible while batting, with wickets and boundaries prolific throughout. The crowds are vast and noisy, the cheerleaders oiled up and athletic. They took the essence of a widely loved game and boiled it down to easily digestible parts. It is a game for the masses.

But is it actually good for cricket

The worry that many purists now have with the sport though, is definitely not that they are robbing viewers or profit but the players themselves. Numerous players are begging out of International Tests and ODIs because of fitness problems and instantly finding themselves match fit for T20.

It is at the same time becoming obvious that the younger batsmen who have been groomed wanting to play nothing other than T20 cricket never bother to build many of the basic techniques players need to be successful in the other types of the game of cricket. This approach has lead to to a lot of cricket addicts getting apprehensive around the long term prospects of their one day and test teams.

Another reason many cricket purists will never ever be able to follow T20 cricket is because it elevates the issue of the player’s priority. More and more players are not even considering playing International Test matches is because there is almost no cash to be made in comparison to what they would get for a single T20 game.

One way or another, cricket in all its absurd glory is here to stay, but what form it will be in, in say 100 years is anyones guess.

Are you a fan of Twenty Twenty Cricket?

Cricket is a game played in the UK and many countries in the British Commonwe... 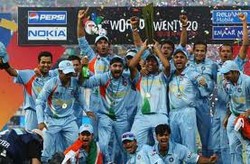 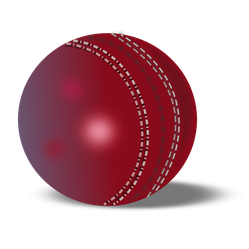 Cricket is a game played in the UK and many countries in the British Commonwealth,along with others.
100%  6   10 KathleenDuffy
Football