The classics contain timeless truths - and also prejudices that are very much tied to the time and place they were written. As such, they're great for teaching critical literacy. 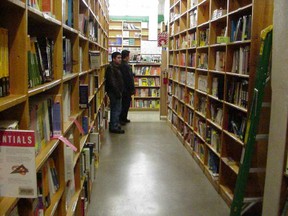 Modern thinkers suggest that the things we read -- and love and value -- are simultaneously true and false.  That's because virtually everything has at least a hint of the author's viewpoint. This is true of even well-researched nonfiction -- the facts may be true, but the author has had to make decisions about what to put in and what to leave out.

Critical literacy is concerned with more than just what's on the page.  It's also concerned with what's left out. Literature is placed in its historical and social context.  It's not about a particular ideology, but about learning to recognize ideology.

Classics contain elements that are universal. They also contain elements that are time-bound. They're very much tied to the time period and culture in which they were written... and to the author's own whims. The modern reader comes face to face with the beliefs - and prejudices - of a bygone era. For this reason, these stories can be excellent for developing critical literacy.

It's important that we consider works within the context in which they were written. The beliefs that were progressive, even revolutionary, in their time can seem dated later. Some people object to Mark Twain's works,because of racism, because of racism.  At the time that they were written though, they were liberal.  In parts of the south, the suggestion that a white boy and a black man could be friends... that was rocking the boat.

It can seem sad when people want to remove literature from the shelf because somewhere in it, there's something objectionable.  The prejudices can be examined, and become a teaching experience. Fortunately, there are a number of books desgned to help us find age-appropriate ways of teaching critical literacy.

Promoting Critical Literacy with The Ugly Duckling
Explore concepts of beauty with this timeless tale.

Critical Literacy Lesson Plan: Christina Katerina and the Box
There is indeed a perspective in this story... and there is indeed a voice that's left out. This is a beginning critical literacy lesson plan for elementary school children.

Critical Literacy for the Primary Grades
A collection of resources.

Teaching Critical Literacy with the Secret Garden
Explore hidden assumptions with this piece of classic literature. (Is it really such a bad thing to be disabled?)

What are those "thorny issues" that come up in 18, 19th, and early 20th century literature? You'll find racism, colonialism, and sexism, to be sure, but you'll also find more subtle issues: everything from tobacco usage to disability.  What is at stake here? It's not just an issue of whether groups are portrayed positively or negatively.  There are a lot of other hidden assumptions -- and sometimes the subtle ones persist the longest.  In The Secret Garden, a young boy, Colin lives in fear of having a hump on his back like his father or dying like his mother.  It turns out his fears are unfounded.  He becomes a happy boy.  A close read, though, can leave a reader troubled.  One almost gets the sense that the value Colin places on his life is based on there not, in fact, being a hump!

Beauty is another thorny issue in classic literature.  Television and modern advertising are often blamed for causing youngsters to place a high a value on physical beauty.  A case can be made, though, that classic literature sent the very same message -- and with even less self-reflection. (In fairy tales, what does the hero (or heroine) look like?  What does the hero look like?)  The ideal is not to dictate to children what they should value, but to guide them in finding those hidden assumptions. How often are we led without realizing even that we're being led?

Critical Literacy with a Twist

Good advice on teaching children to think through issues. Can also be used to re-examine our own prejudices. Thanks for raising this helpful topic. 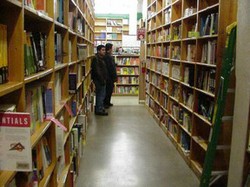 The fairy tale about the Sleeping Beauty has been around for centuries. Its history and symbolism hides many interesting facts.
100%  14   9 Tolovaj
Classics